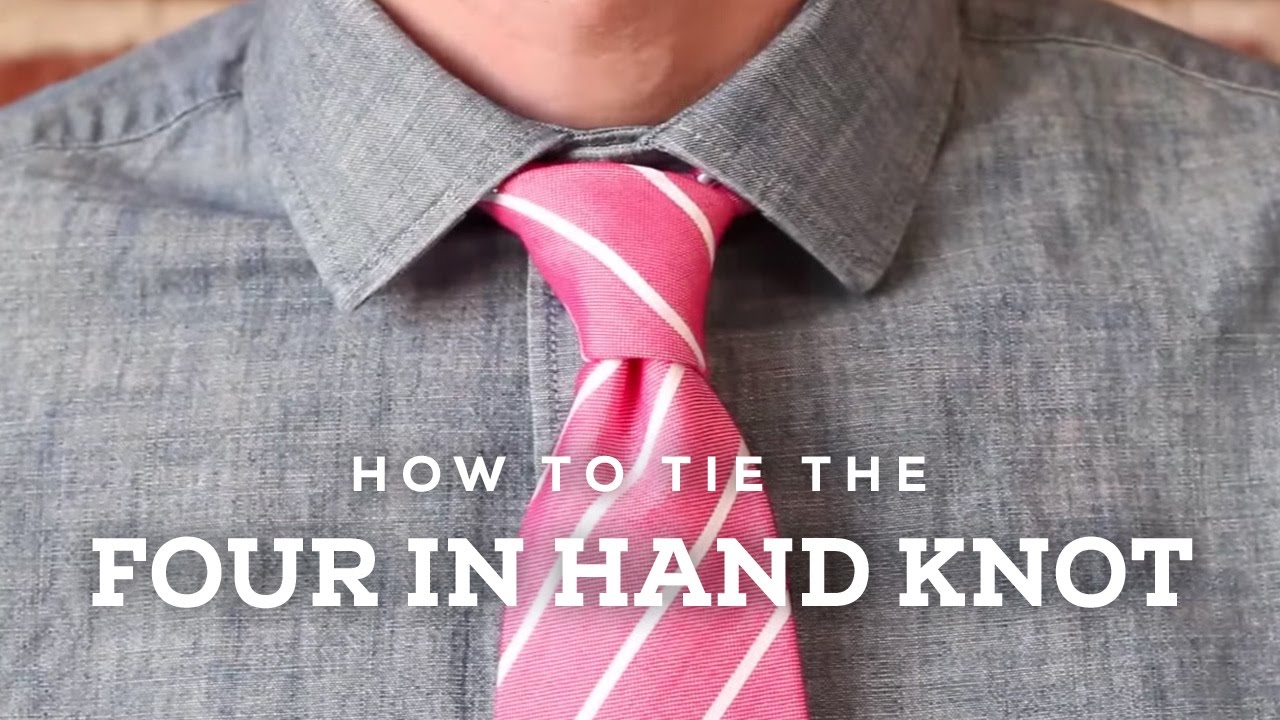 ABOUT THE FOUR-IN-HAND KNOT

Named after a 19th Century Gentleman’s Club of the same name, the Four-in-Hand is the reigning champion of necktie knots. Its popularity stems from its simplicity and versatility. It is easy to tie, slender, tapered, mildly asymmetrical and self-releasing. If you only learn one knot, make it the Four-in-Hand.