Everything You Need To Know About Belts 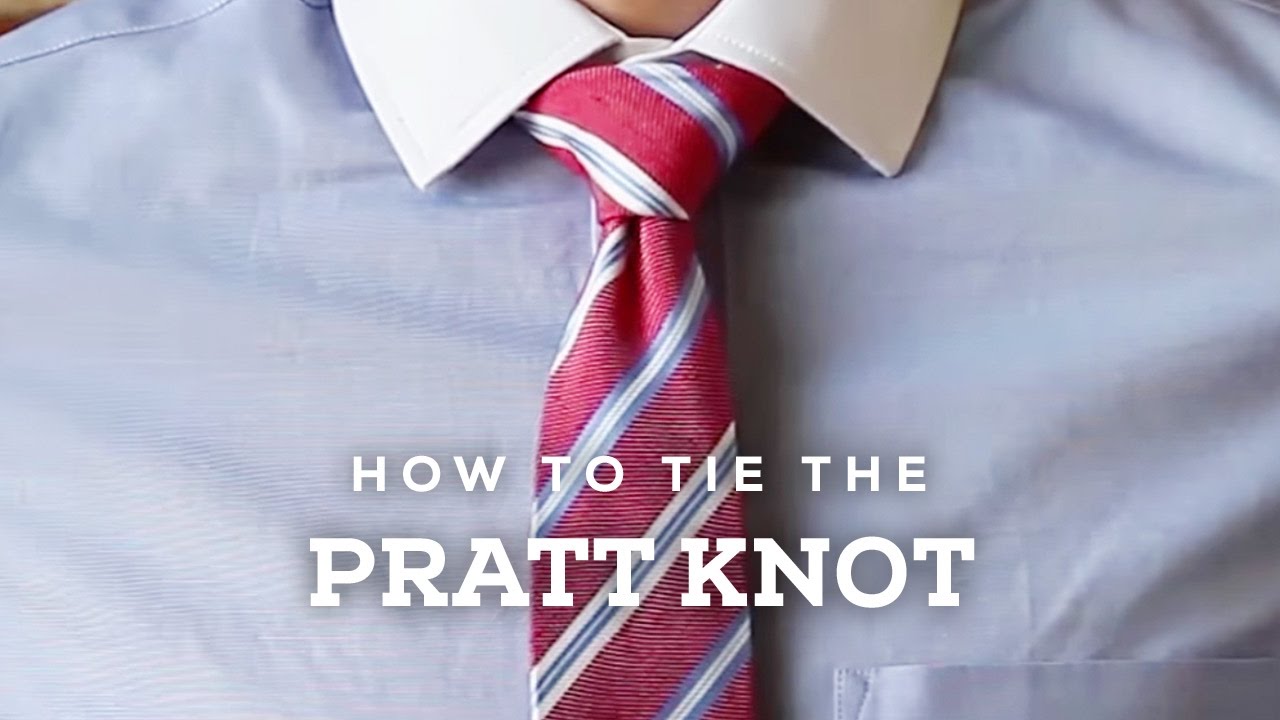 ABOUT THE PRATT KNOT

Jerry Pratt, the inventor of the Pratt Knot, worked for the U.S. Chamber of Commerce. For 30 years, Mr. Pratt had tied his necktie in his distinct fashion before anchorman Don Shelby “discovered” and publicized it on local television in 1989. When articles about the “Shelby Knot” (as it was called then) appeared in the New York Times and the New York Daily Telegraph, the knot’s popularity shot up dramatically. The Pratt knot is versatile, elegant and of a medium size, between the Four-in-Hand Knot and the Half Windsor Knot.

1. Begin with the backside of your tie facing forward, the wide end of the tie on the right and the small end on the left. The tip of the small end should rest slightly above your belly-button (this will vary depending on your height and the length & thickness of your tie). Only move the active (wide) end.
2. Wide end under the small end to the left.
3. Up to the center, towards neck loop.
4. Through the neck loop and down to the left.
5. Across the small end to the right.
6. Up into the neck loop from underneath.
7. Down through the loop you’ve just created in the front.
8. Tighten the knot by pulling down on the wide end. Slide the knot up & adjust.