HOW TO BE LUCKY 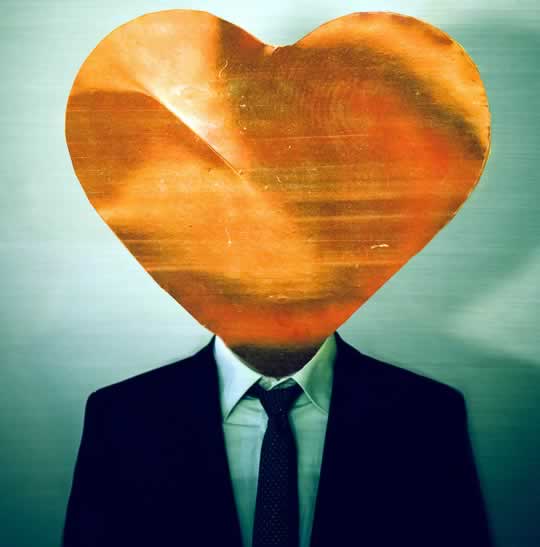 Reaping the rewards of both rational and emotional thinking.


When making career decisions should you think more about rational factors like money or follow your passion?


When choosing where to live, should you draw up a list of pros and cons or go with where feels right?


The way people make decisions about the most important things in their lives divides along a fundamental fault line: should you go with the heart or with the head?

To clearly show this divergence, a new psychological study on this split between head and heart thinkers asked people (Fetterman & Robinson, 2013):


“Irrespective of what you know about biology, which body part do you more closely associate with your self?

Who is right? Which is the best way to make decisions? Actually, across five more studies the researchers found that each way of thinking has its own advantages:


But wouldn’t it be handy to bring head and heart together; to integrate information from each to solve the problems of everyday life?


That’s what Fetterman and Robinson did in a seventh study by:

So now, instead of asking people whether they were primarily head or heart thinkers, the experimenters were trying to manipulate them into thinking one way or the other. Would it work?

“…drawing attention to the head facilitates intellectual problem solving, likely because it leads people to reason through the problems to a greater extent. By contrast, drawing attention to the heart leads to weighting emotional over rational factors in decision making, likely because it increases the salience of one’s feelings when deciding what one would do.”

This opens up the possibility that people who mainly think with their heads can get the benefits of thinking with their hearts by specifically reminding themselves that we are not just rational machines, and that the emotions can provide vital input into our decision-making.


Similarly, those who are ruled by their emotions can get in touch with their logical, rational side when the situation demands it.

Our minds already do this automatically to a certain extent, but by explicitly thinking separately about inputs from both heart and head, we can get better at making the most important decisions in life.