There is a woman who cleans the apartment building where I stay. She comes twice every week to tidy up the yard and clean the gutters. She gets NGN6,000 every month doing so. Her irregular showing-up affords her time to service other houses. So in a month she makes about NGN20,000 sweeping, say, three houses. 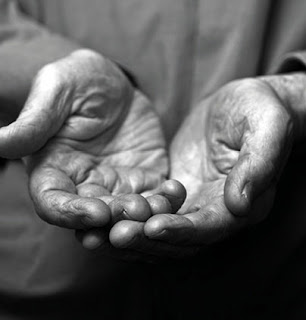 One day, as I was leaving the house, she found an opportunity of us being alone to make a demand on me. I call it a demand so as not to make ‘begging’ sound demeaning. Her demand was that I give her money to buy a broom since the one she uses is used and worn out. I quickly processed such demand and weighed it upon the principle of responsibility. The broom is her ‘tool’ that earns her NGN6,000 in a month here in the same building where I am a tenant. My monthly contribution for her salary is 1,000. A broom costs at least N200, I mean the local broom. My contribution will get her five brooms, but let’s settle for a broom and let her have the change. I turned her demand down, though I felt I should give. If I do, she would make such demand on someone else. Or, maybe she’s been doing so, and such shouldn’t be encouraged.
Understand this: it is a sign of irresponsibility to demand for what you can get for yourself. It is a sign of irresponsibility to demand that someone else squeeze the breasts that churns out your milk. Very wrong to want someone else to oil the machine that makes you money and that is still running. If your business was dead, that’s understandable. But you’re in business! The basic items that run your business should be supplied by the income you make! Another man should not buy you the hoe and cutlass that you use in cultivating your farm. It is a sign of irresponsibility and greed! You want to eat your cake and have it and eat someone else’s cake!
With this mindset, religious people make demands on God for this and that which is in their power to get for themselves. If you pray for everything you need, you will lose your power to get many things you can get without being on your knees!
Prayers go unanswered because they are stupid, lazy prayers! The one who makes such prayer is looked upon like one who stands before a tap and begs to have the tap turned on. Even God would frown on such a person though God would want him or her to have water.
The principle of responsibility is to be responsible for yourself, to employ your creative powers in creating the circumstances that you want. It is life’s good pleasure that you enjoy the best that life can offer, but you have to know that you can get them. Stop being a child begging for this and that in your powers to get for yourself; go for what you want!
Cheers. 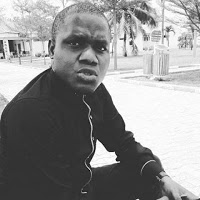