What happens when you remove fluoride from tap water? 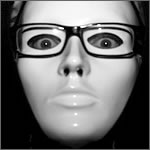 Recently I asked for your (least) favourite examples of psychobabble – technical psychological terms used out of context.

You responded with many great suggestions, 30 of which I published. 750 of you (and counting) voted for your favourite and now the results are in.


There are three clear front-runners who received one-third of the votes between them. And so, without further ado…drum roll please…the most-hated psychobabble top 3 are:

Thanks to everyone for voting in this poll and for the further suggestions in the comments to the vote. I think we have found a worthy winner in the misuse of the diagnosis ‘obsessive-compulsive disorder’.


What struck me about the list of psychobabble phrases you suggested and voted for is that many of them are clinical diagnoses. This seems to reflect how much the modern psychiatric professions’ drive to categorise mental illness has permeated our cultural lives. The names of disorders now trip off our tongues like never before – it wasn’t always this way.


A short article from TIME on psychobabble from 1977 lists quite a different set of phrases as an inescapable part of the ‘psychological patter of the ’70s’:


“Are you relating? Going through heavy changes? In touch with yourself and doing your own thing? Are you up front, or just hung up and uptight?”


To modern ears these phrases are redolent of a past era. It’s impossible to hear them without visualising the stereotypical hippie. Talking to TIME, writer R. D. Rosen describes this language as:


“…difficult to avoid and there is often an embarrassment involved in not using it, somewhat akin to the mild humiliation experienced by American tourists in Paris who cannot speak the native tongue.”