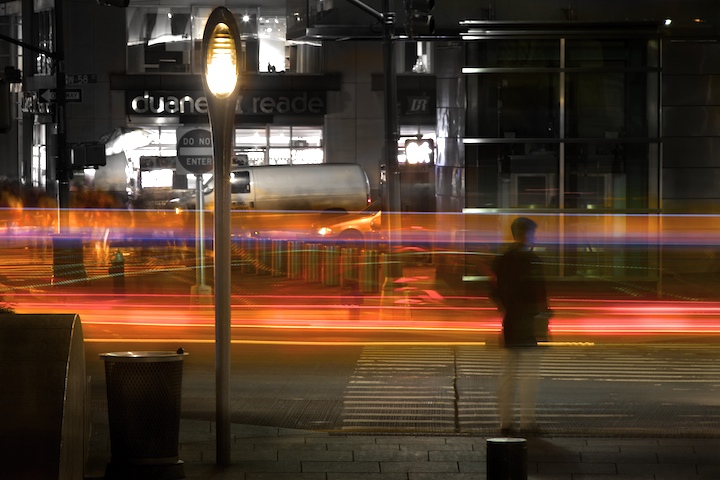 Since the rise of ever more effective technologies for recording and archiving moments in our lives, the present moment is dying. Photography is a good example. Everyone has been to a party where there’s someone flitting around in the background with their camera while never really taking part in what is going on. We’ve all done it in one way or another. Holiday-makers spend all their time taking photos; documenting every meal, building and beach as though for a museum exhibition. Why? What for? Well the reasoning appears sound enough: I want a keepsake. But there’s one thing that current technology cannot capture: our emotional states. And our emotional states are important. They are what make us human.
An emotional animal

For thousands of years we have thought ourselves largely rational beasts, occasionally beset by emotional outbursts, but ultimately still relying on logic and reason to survive. For decades cognitive psychologists have implicitly supported this picture by producing reams of research about thought processes. How we solve problems, what we pay attention to, how our brains build the waves of data from our senses into our realities.

“Our emotions are constantly interacting with our thoughts.”

That has begun to change. Psychological research is now suggesting a quite different picture. Our emotions are constantly interacting with our thoughts. One recent example discussed here is the effect of emotions on our perception. A study found our perception of visual contrast can improve in fearful situations. Emotion can actually improve your eyesight. This is only one of many examples that include everything from relatively minor effects on our attention to moulding our whole experience of the world.

To understand what this might mean for our recording culture think back twenty generations. Two hundred years ago music only existed in that one moment: when it was played. After that it was gone. It didn’t matter if you went to a concert, or sat down to listen to a friend play the violin. However good the musician, it would only be played exactly that way once. Two hundred years ago if someone played, you listened. Carefully.

But recording technologies are only a poor substitute for reality. Looking at a photograph helps bring back thoughts and feelings from when the image was taken. That’s why looking at someone else’s photographs is often such a tedious activity. There are no thoughts or feelings attached to these pictures, there is nothing but the image itself. What if we sail through our own lives without paying attention to our thoughts and feelings? When we look back on today, yesterday, last year, what do we remember?

Whether we realise it or not, our emotions are continually operating to affect the way we see the world. This is happening even when we don’t specifically feel any emotions. A recording can never match the experience of being fully present: something our culture does not often recognise.

Eastern philosophies have long recognised the importance of living in the moment. Buddhism teaches a way of life called ‘mindfulness‘ which is essentially a way of battling the continuing obsession for both the past and the future to the detriment of the present. While Buddhist learning is certainly important and has much to teach us, it is difficult to understand in the Western world simply because our cultural history has moulded our consciousness in a different manner.
Instead we look to science to explain our lives. Explanations of our daily malaises need to be described to us in terms we Westerners can understand. Unfortunately, when compared to philosophy, modern science, especially psychology, has had little time to provide evidence for the kind of universal insight already available in Buddhist teachings. This is probably why ideas such as mindfulness are becoming fashionable despite scientific psychology still retaining a relatively cool attitude.

Live rather than record

So take pictures, record videos, watch reality TV but don’t forget life is for the living, emotionally, not for recording. Be warned though: really living is much harder work than simply recording and watching.