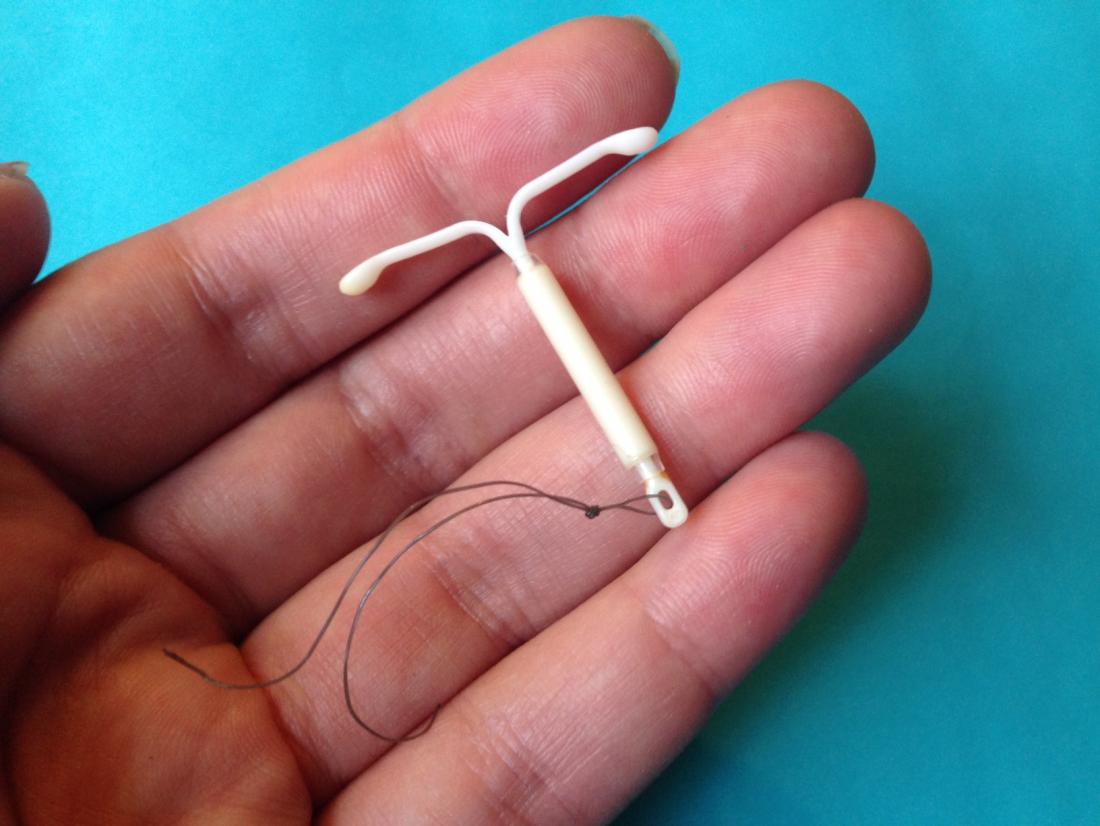 IUDs are one of the most effective forms of contraception. They are generally safe but can have side effects. Some people may experience weight gain while using an IUD.


In this article, we look at how IUDs work and whether they can cause weight gain. We also discuss the safety and effectiveness of IUDs, their pros and cons, alternative methods of contraception, and general tips on weight management.


An intrauterine device (IUD) is a long-term method of contraception. This small device sits inside the womb, preventing pregnancy by stopping sperm from getting to an egg and fertilizing it.


There are two main kinds of IUD:

A nurse or doctor inserts the IUD through the vagina and into the uterus. This is a quick and easy procedure that does not need an anesthetic.


However, the insertion of the IUD may cause some pain, cramping, or dizziness. The medical practitioner may offer the person medication before the procedure to help with this.


The medical community has not done enough scientific research into whether IUDs cause weight gain. Existing studies do not show a clear link between contraceptive use and weight gain.


This is a difficult area to study because researchers would need to compare a large group of people using the IUD to a large group using a placebo. A placebo looks exactly like the real thing but does not do anything. Researchers use placebos to test medication.


Understandably, many people do not want to take part in a long-term study using birth control that does not protect against pregnancy.


Researchers generally agree that it is unlikely that hormonal contraceptives lead to significant weight gain. As people age, they often gradually gain weight. A person may link their weight gain to contraceptive use, but it could be down to a natural increase in body fat or muscle.


Everyone is different. There is a delicate balance of hormones in the body, and anything that affects them can cause noticeable changes.


Some research suggests that getting married or moving in with a partner may be linked to weight gain. These life events may coincide with starting to use an IUD.


Of course, people who are single, not married, or not living with a partner also use IUDs. These people may also report weight gain, and researchers need to carry out more studies on possible links between weight gain and relationship status.

Are IUDs safe and effective?


The IUD is more than 99 percentTrusted Source effective at preventing pregnancy. This means that if 100 people used an IUD over 1 year, less than one would become pregnant.


Other forms of contraception are often less effective because people can make errors when using them; for example, by forgetting to take a birth control pill or not putting a condom on correctly.


The IUD does not protect against sexually transmitted infections (STIs). A person may wish to use an additional method of contraception, such as a condom, to protect against STIs.


There is a possibility that an IUD can cause an infection in the pelvis, which may happen if bacteria enter the uterus during insertion of the IUD.


Symptoms of a pelvic infection include pain, cramping, and soreness in the lower part of the belly. A person may also have a fever, feel cold, or have difficulty breathing. Anyone experiencing these symptoms should seek medical advice as the infection will usually need treatment.


It is possible but unlikely for an IUD to slip out. If the IUD does come out, a person should use another form of birth control until they can see a doctor.


An IUD can pierce the wall of the uterus, although this is very unlikely. If the IUD does penetrate the wall, it can be quite painful and cause increased bleeding. A doctor may need to remove the IUD surgically.


Pros, cons, and side effects of IUDs


Like all forms of contraception, the IUD has advantages and disadvantages. Everyone is different, and an IUD may cause side effects for some people but not others.


Advantages of IUDs include:

Disadvantages of IUDs include:

Insertion of an IUD can cause pain, backache, or cramps for a few days. Side effects can include:

Side effects should go away after a few months, but they can last for longer. If side effects do not improve or continue for a long time, talk to a nurse or doctor for advice.


There are many alternative forms of contraception. Sometimes, a person may need to try a few different types before finding one that suits them and does not cause bothersome side effects.


There are many alternative forms of contraception to the IUD. Every individual may have different priorities for their birth control. For example, a person may prioritize the easing of heavy menstrual bleeding or the prevention of STIs.


The birth control implant is as effective as the IUD at preventing pregnancy and lasts up to 3 years.


A wide range of contraceptive pills is also available. People who have experienced side effects from other forms of contraception could consider trying different birth control pills.


Putting on some weight is often a natural part of aging. But gaining a lot of weight can have an impact on health and wellbeing. The Centers for Disease Control and Prevention (CDC) have a body mass index calculatorTrusted Source that can help a person to find out if they are a healthy weight.


Maintaining a healthy weight works best through long-term changes to diet and lifestyle. Some tips on a healthful lifestyle include:

The CDC recommendTrusted Source that each week people should aim to do:


IUDs are a safe and effective method of contraception. Studies have not shown a clear link between contraceptive use and weight gain, but more research is needed.

There are many different forms of birth control, each with their pros and cons. If a person is unhappy or has concerns about their current method of contraception, they should speak to their doctor to discuss alternative options.