What do TSH levels mean?

‘You could be so ungentlemanly. You should think before you speak.’ Beatrice said, her hands swinging back and forth like a happy school girl. I checked my mobile phone; it indicated it was 17:17. Cyclist and motorists were returning from work so the road was quite busy.

‘Get off the cycle path. I thought we were done with this topic?’ I asked, but her face told me I was wrong. I smiled, tucking hand and phone back into my pocket, the other hand swinging steadily, ‘She really was rude and she deserved everything she got.’ She climbed onto the pavement. ‘You could have ignored her and simply walked away,’ she said, looking at my face, but not stopping.

‘I could, but sometimes it’s best to give these snotty-nosed ladies a piece of one’s mind.’

‘Stop talking balderdash. Ungentlemanly is what I call it,’ she said.

We always argued about her etiquettes of a gentleman: opening the door for a woman, telling a woman she is special all the time, and all that rubbish. There were more important things in life to argue about. She was of the opinion that ladies ought to be treated with respect irrespective of their bitchy attitude.  I was not a believer of double standards. If you were ready to play the fiddle, be prepared to enjoy the effects of your tune, or something along that line. I’ll give any lady a piece of my mind if she deserves it. ‘I have heard you, Beatrice,’ I said. I was beginning to get upset. ‘Let’s drop the matter, please?’

She knew my mood had changed and dropped the topic: one of the things I loved about her. She nudged me with an elbow apologetically and I reciprocated. A hunched, elderly woman on a mobility scooter appeared from a curb in front of us. As she drew closer, Beatrice made way for her by getting on the cyclists’ lane. I was just about to tell her that she was been silly for not pausing to check behind her for an oncoming bicycle, but I was too late. I watched in horror as a cyclist collided with Beatrice, knocking her clear off her feet while the cyclist went flying off his bicycle. Someone screamed. My heart was thumping faster than the wheels of a steam engine but my feet responded swiftly. I rushed to where Beatrice lay. She looked dazed.

It took her a minute to respond. ‘Ah, I th- think so,’ she replied, checking her legs and arms. She had sustained a few bruises here and there. ‘Is she alright?’ someone asked.

It was the elderly woman on the buggy.  The voices of occupants from moving cars were calling out: ‘Is she fine? Get her to the clinic! Are you guys alright?’

It was then I remembered the flying cyclist. I looked in the direction of where he fell, dreading the possibility of a worse outcome, but he was already up and appeared to be checking himself for bruises. The accident had attracted a few sympathizers: one was dusting the cyclist’s sport gear, and another was raising the fallen bike.

‘I am alright. I am alright,’ he said in a strong baritone voice to his pedestrians as they followed him to where we stood. His build was firm and athletic. They reached us in a few strides. ‘I’m really sorry. Are you alright?’ The cyclist asked Beatrice, concern edged over his wrinkled forehead.

‘I’m fine, no need to worry about me. It was my fault, after all. No need for apologies. I should be the one apologizing. I’m sorry.’ Beatrice replied. ‘I hope your injuries are not severe?’

‘Not at all. I’m sure I’ll live.’ He collected his bike from some guy, and adjusted his helmet. ‘I hope we don’t run into each other again.’ A few people who got the joke, including me and Beatrice, laughed. And with that he rode off and the good Samaritans dispersed.

‘If you were a proper gentleman, that would have been you,’ Beatrice said, as we trudged on.

‘Thank Goodness I’m not one.’ Beatrice punched me and we laughed.

‘Watchout!’ I cried, but it was too late; the truck hit her headlong. Beatrice lay dead. I looked around for help but the road was suddenly deserted. A siren blared from an invisible ambulance. The sound grew louder and louder but there was no ambulance. My mobile phone rang, and kept on ringing until – I jerked awake at the loud annoying ringtone from my mobile phone. Salty sweat dropped on my lips and I spat it out. My heart was thumping painfully as I wiped the sweat from my forehead with a moist palm. The urge to ring Beatrice, find out how she was, was really strong, but I laid the apprehensive feeling to rest by concluding that the dream was a result of the accident that happened some hours ago. The mobile phone was still ringing so I picked it up from the shelf by my bed. The number was unfamiliar.

‘Hello,’ I said groggily into the receiver.

‘Hello, Is this Tubosun?’ the caller asked. The voice sounded familiar but I couldn’t place a finger on the caller’s identity.

‘This is Paolo, Beatrice’s Landlord,’ the caller said.

That got my blood pumping. His voice sounded distressed. Why was he calling at this time of the night? ‘Hello Paolo, is everything alright?’

‘I’m afraid Beatrice has just being rushed to surgery,’ he said.

My throat seemed to dry up as I stared at into darkness. Paolo was talking but his words made no sense to me. The dream I had just had was replaying in my mind. Slowly, I found my way to reality. I opened my mouth to speak but only air came out. I tried again. ‘Wh – where is she?’ I managed to ask.

‘I know where it is.’ I said and ended the conversation. I hurriedly pulled on a pair of jeans, wore my shoes, grabbed the key, then my jacket, and locked the door behind me. My throbbing ache in my head was almost unbearable. Adam’s Surgery was about a mile away and I didn’t have enough cash to hail a taxi. There were two bicycles in our backyard and none belonged to me. I selected the sporting bicycle. I’ll explain to the owner later. I wore my jacket and sat astride the bicycle, my hands trembling as I gripped the handlebar.I peddled away with all the strength I could muster, the words Oh My God Beatrice playing over and over again in my head.

I lay the bicycle clumsily against the wall of Adam’s Surgery. The automatic transparent glass door slid open as I loped towards it. I hesitated briefly to get my bearings. To my right was a man and a yelling pregnant lady talking to a disgruntled looking blonde behind the receptionist stand and a nurse was wheeling in a wheel chair, most likely meant for the pregnant lady. I strode to the receptionist in a white uniform. The couple left with the nurse as I reached the counter.

‘Excuse me,’ my breathing was fast and my heartbeat was still rapid, ‘I learnt that – that my friend has just been rushed here,’ I said anxiously, wiping trickles of sweat off my forehead with a hand.

‘What’s her name?’ she asked perfunctorily like she was accustomed to scenarios such as this.

‘Miss Beatrice Oluwatayo,’ I replied, my feet tapping the marble floor impatiently. She punched in some keys on the computer in front of her. ‘She’s in surgery now,’ Her voice sounded indifferent. ‘Please take a seat at the waiting room over there.’ she said pointing to a corner at her right. ‘The doctor would be with you as soon as he can.’

I was annoyed that Beatrice, to her, was just another patient, even though she was. But I said nothing and went to the waiting area. Paolo was seated on one of the red sofas in the waiting area, his face buried in his palms. There were two other unfamiliar people on separate sofas, anxiety written all over their faces. One was fiddling with an Islamic string of prayer beads. I walked up to Paolo and placed my palm on his shoulder. His tousled head rose slowly and our eyes met.

‘What happened?’ I asked, even though I was almost sure I knew the answer.

‘Honestly, I don’t know,’ Paolo replied. A tear slid down his right eye. I was surprised how much he cared about Beatrice, or was he just too emotional? ‘One moment she was holding a glass of warm milk, the next moment the glass shattered on the ground and she fell onto the sofa…’ His voice trailed off.

‘I don’t know.’ My legs felt so weak I was sure they wouldn’t support my weight any longer so I sat by the red sofa next to him. Paolo’s palms went over his face again. I sighed, shut my eyes, and started mumbling words of prayer. I had repeated the prayer twice and was going for a third round when a voice instigated me to open my eyes.

‘Mr. Paolo.’ It was a doctor. I rose almost immediately. I didn’t have to read his face intently to decipher the message it carried. ‘I’m afraid I have bad news. The internal bleeding couldn’t be contained on time. I am sorry. We lost her.’

Paolo cried out. I wanted to cry; I needed to cry, but tears didn’t come. I wanted to do something – anything, but I didn’t know what. Even if I’d thought of something, I was too drained to do anything.  Beatrice was dead. And I was the culprit.  I shrunk into my seat, hoping it would swallow me. 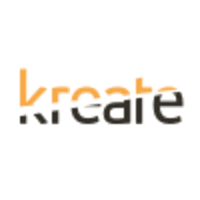