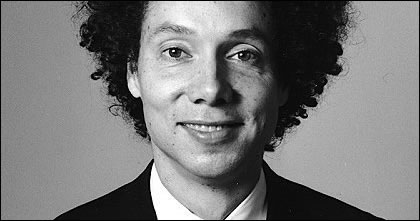 Malcolm Gladwell, best-selling author of The Tipping Pointand Blink, has a new book coming out called Outliers: The Story of Success.

Which means that shortly people will start asking if you’ve read it. So you need to read the following paragraph excerpted from the Observer interview:

“Gladwell’s contention is not only that success is the result of a complicated mix of social advantages but also that the insistence that some individuals have extra-special gifts and talents, are geniuses in particular fields, or pull themselves up by their bootstraps, is incredibly destructive to society’s idea of itself. ‘No one,’ he says, ‘not rock stars, not professional athletes, not software billionaires, and not even geniuses – ever makes it alone.’”

Oh, and this one:

“To truly master any skill, he suggests, leaning on various pieces of research, requires about 10,000 concentrated hours. If you can get those hours in early, and be in a position to exploit them, then you are an outlier.”