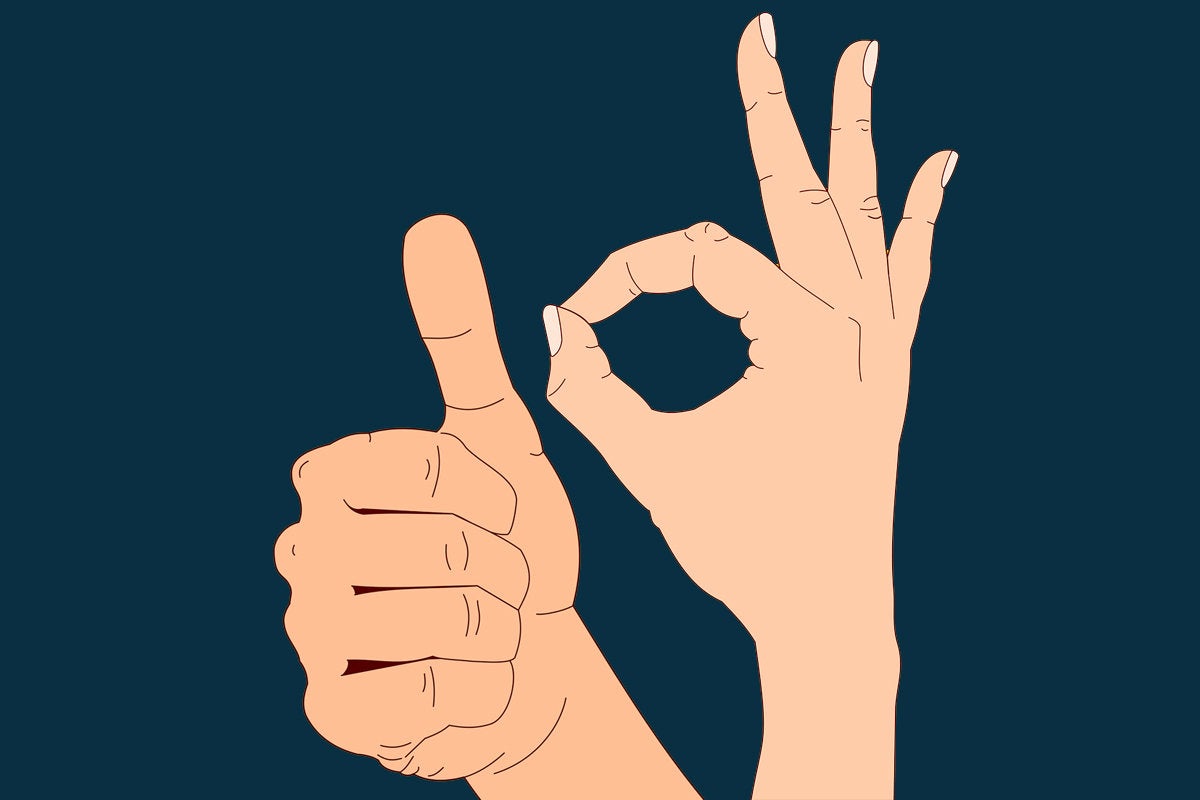 A strange thing happens when
talking we usually don’t notice – our hands move. They draw precise shapes,
caress invisible objects, punch the air and quiver. What is the point of all
this hand waving?
The popular assumption has
generally been that nonverbal behaviour communicates emotion. This idea goes
back more than two thousand years to the time of Cicero who thought that each
emotion had a particular bearing associated with it (Knapp, 2006). While
emotions are certainly part of the mix, modern approaches to nonverbal
behaviour have examined all kinds of factors like dominance, intimacy,
deception and influence.
Explaining gestures – the
movements we make with our hands, arms, body, head or face – has been a
particularly controversial area of nonverbal behaviour. Some have argued that
gestures communicate vital aspects of meaning while others have argued they
play a role in word retrieval.
Gesture
as thought
Those who argue gesture is
filled with meaning say the evidence is very strong. Supporting research comes
from studies where people are asked to tell the story of a cartoon with which
they are presented (e.g. Hadar and Pinchas-Zamir, 2004). They are
surreptitiously video-recorded narrating the story. This video is then shown to
participants with either just video or audio, or both together. These
participants are then asked to answer a series of questions about the original
story. The results show those who have seen the video along with the audio are
better at answering questions about the story.
On top of this, researchers
have found people gesture more when they can see the person they are talking to
compared with, for example, when they are on the telephone. There is even
evidence gestures used while telling a story become encoded into memory such
that they affect later retellings of the story.
What some argue from evidence
like this is firstly that gestures and speech are too highly connected to be
separate channels of communication. Each channel informs the other, and to
remove gestures is to remove information. Following on from that, it is argued,
people are actually thinking with their hands and so, by watching the hands
move you can effectively see people’s inner thoughts.
Gesture
as memory
Not everyone is so sure this
type of evidence is really that strong. While it would be foolish to argue
gestures have no communicative function, some argue the case has been
overstated. Instead, perhaps gestures do aid communication but by helping us
form our own speech rather than with the communicative properties they have in
themselves.
This theory has the great
advantage that it’s relatively easy to test. Simply tie someone’s hands behind
their back, then see how it affects their talk. Indeed, this is what has been
done in experimentally controlled conditions and there is some support that
people’s talk does become less fluent when they’re not allowed to gesture. In
addition to these, studies on the ‘tip of the tongue’ phenomenon have shown
that people unable to gesture find it harder to retrieve the right word.
Other evidence comes from
brain damaged patients suffering from aphasia – a partial or total loss of the
ability to speak. Aphasics have been shown to gesture much more when unable to
retrieve a particular word.
What
are gestures for?
Intuitively it seems likely
gestures have some sort of function – they aren’t just for exercising our arms
and hands. For psychologists, working out their exact function has long
surpassed Cicero’s ideas about the communication of emotion. Perhaps gestures
contain meaning, displaying the mind at work or perhaps they help us produce
speech more effectively. Either way gestures are not just useless by-products
of some other process, but provide vital support for our communicative abilities.
About
the author
Psychologist, Jeremy Dean, PhD
is the founder and author of PsyBlog. He holds a doctorate in psychology from
University College London and two other advanced degrees in psychology.
He has been writing about
scientific research on PsyBlog since 2004. He is also the author of the book
“Making Habits, Breaking Habits” (Da Capo, 2003) and several ebooks.