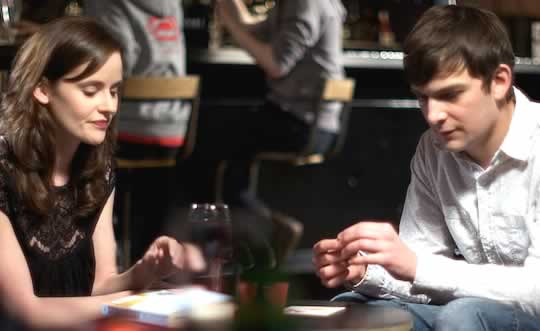 
The survey of unmarried, heterosexual men and women found that men were willing to absorb the cost of early dates, but this quickly changes with time.

There was a slight discrepancy in how much each gender thought they contributed. Most men and women agreed it was men who mainly picked up the tab; but the proportions didn’t match. 84% of men thought they paid for most dating expenses, while just 58% of women agreed.

One of the study’s authors, David Frederick, explained that the motivation for the research was…


“…to understand why some gendered practices are more resistant to change than others; for example, the acceptance of women in the workplace versus holding onto traditional notions of chivalry.”


For example, we know that in eight out of ten marriages, both partners contribute towards the household living expenses. But how soon do these ideas of financial equality enter a fledgling relationship?


Who pays for dates is one of those unwritten social rules that is still in flux.


The reason men feel guilty about letting women chip in for the date is because they’ve been taught they should pay. However men have also been taught that men and women should have egalitarian partnerships, so costs should be shared.


It seems that for younger men at least, the current compromise is for them to pay for dates at the start. This makes them feel manly (and demonstrates they’re not tight). But, later on, women are expected to chip in to help reach the egalitarian ideal. David Frederick calls this ‘tapered chivalry’.

The research suggested 25% of couples were splitting dating costs within the first month or their relationship, 25% did so in months 1-3, another 25% in months 4-6, and the remaining quarter of men were still paying all the dating expenses after 6 months.

→ The paper, which was presented at the American Sociological Association’s 108th Annual Meeting, is called “Who Pays for Dates? Following versus Challenging Conventional Gender Norms,” by David Frederick and Janet Lever.