Drinking milk every day does this to your body

The International day of the Girl Child is a day set
aside by the United Nations to better the lot of the female child. On December
19, 2011, the United Nations General Assembly adopted Resolution 66/170 to
declare the 11th of October as the International Day of the Girl Child, to
recognize girls’ rights and the unique challenges girls face around the world. You would agree with me that one of the main problems facing the female child is
Rape.  The UNICEF statistics puts rape on top of the list of sexual
assaults and it is also the most common type of domestic and physical violence
against underage girls.
Condemnably, the issue of rape in Nigeria today has become an
everyday crime and Nigerians and the International community has continued to
raise eyebrows over the crime. In just two months, over 100 rape cases were
recorded in Kano but the embarrassing situation is not limited to the northern
part of the country alone. From a recent case of a 14 year old girl who was
raped by an unknown man in Agege area of Lagos, to another young girl that was
allegedly raped by a man, who later claimed that she was his girlfriend, inside
a kiosk in Iyana Ipaja, Lagos.
Another unbelievable case is the one involving a 32 year police corporal
attached to Ekiti State Police Command, Mr. Olalekan Lasisi. Investigations by
Nigeria Standard in Ado Ekiti revealed that Lasisi, by his action abused his
privilege as a law enforcement officer when he allegedly raped and impregnated
a 12 year old pupil, Kemi Olawale (real names withheld). Olawale, a virgin and
orphan raped twice by Lasisi around November last year is now six months
pregnant. Apparently, the serial rapist sighted Olawale while being sent on
errand in Basiri area of Ado Ekiti. Eye witnesses account had it that Lasisi
looked everywhere to ensure no one sighted him as he dragged her inside a bush
and had several rounds of sex with the JSS 1 girl. He allegedly gagged her
mouth in order not to attract attention of passersby. 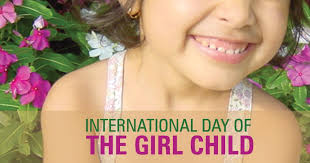 The alarming rate at which such rape incidents are being
reported on pages of newspaper and on social media compelled the Campaign against
Molestation of Young Women (CAMYM) to stage a protest at the Alimosho Local
Government area recently. The Non-Government Organization, NGO, called on the
ministry of women affairs in all levels of government to take a drastic action
over the rising crime rate against under aged girls and women. However, Mr.
Lasisi’s case is not a one-off thing. A similar case was reported in Zamfara
involving another police officer, Abdullahi Ibrahim attached to the Maradun
police division who was detained at the State CID for allegedly raping a minor. 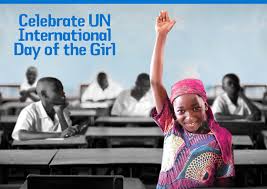 Reports from the News Agency of Nigeria (NAN) alleged that Mr.
Ibrahim raped a 15 year old niece of the Emir of Maradun, Muhammad
GarbaTambari. According to the petition filed by the Emir’s brother, Muhammadu
Bello Maradun, the victim was intercepted by Mr. Ibrahim on September 2 at
about 6.30 p.m. and raped at gunpoint as she was dashing home from a Sallah
outing. The petition, made available to NAN in Gusau on Thursday, further
alleged that the inspector conspired with one Aliyu Ibrahim, also known as
August, to drag the victim to a location near Maradun on that fateful day. 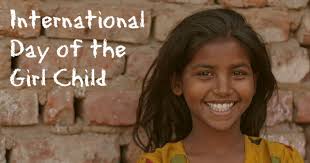 The petitioner said that his daughter came home with bruises as
a result of the inspector’s action. In his petition which he sent to the
governor, the inspector-general of police, commissioner of police in the state,
and the speaker of the Zamfara State House of Assembly, among others, Mr. Muhammadu
appealed for justice in the matter.According to Mrs. Iniose Sarah, Lagos State
director of Campaign Against Molestation of Young Women (CAMYM), the record of
rape cases in Nigeria in the year 2013 was 207, out of which she said, 119 were
between the ages of 12 and 17. She informed that 22 of these victims later died
as a result of the humiliating act carried out on them. 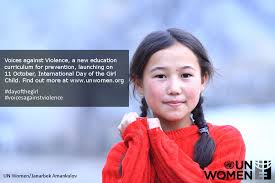 Obviously, the fight against rape seems to be a herculean task
but there are a lot of factors that contribute to the constant rise in the
surge despite all that is done to make sure it is reduced to the barest
minimum. According to available research figures, most of these rape cases are
perpetrated by persons already known to the victims. Most of these predators
are family friends, neighbors, relatives amongst others; this means that more
has to be done by parents to ensure adequate security for their wards even in
the hands of perceived trusted friends. Parents should be much more vigilant,
the only way to guarantee perfect security for your child or children is to do
it yourself. Parents should as a matter of fact stop ensuring the care of their
children to anyone no matter who the person is.  Mrs. Aderonke Aladejebi,
a market woman, told the gospel truth when she attributed the high rate of
cases of rape on parental delinquency.
In her words; “Some
parents would leave their children to travel long distance to stay with cousins
or aunts that they have no idea what he or she is capable of. “These children
will end up becoming rape victims because of lack of adequate parental care,”
Aladejebi stated.
Instances abound, the case of a 13 year old girl, who fell victim of rape to
two men in Mosan area of Lagos, is an example of parental wrongdoing. According
to the victim, the rapists were able to perpetrate their criminal act because
her mother sent her an errand to the accused residence late hour in the night.
Secondly, the government at all levels also has a role to play;
the fight against rape should be taken to a whole new level. Government needs
to empower the justice system so that stringent punishment would be meted out
to those found guilty of rape in Nigeria. I am suggesting that legislations
discouraging rape and other acts of domestic violence should be passed with
immediate effect. They have never been short in supply. Anyone that cannot
control his sexual urge should be held accountable; they need to be brought to
book to serve as a deterrent to others. The sad truth is that rape is much
worse than murder because it has immediate and psychological effect on the
victims. 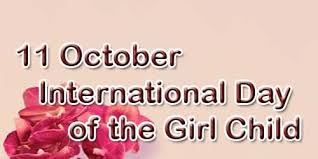 Lastly, I am urging anyone that has been assaulted sexually or otherwise to
please report the inhumane act to the relevant authorities as this is the only
way to ensure that it is significantly reduced. The International Day of the Girl Child gives people and
organizations the opportunity to raise public awareness of the different types
of discrimination and abuse that many girls around the world suffer from. On
this day, many community and political leaders talk to the public about the
importance of girls’ right to equal education and their fundamental freedoms.
Various events are held to showcase the work that people are doing to empower
girls through active support and engagement with parents, families, and the
wider community.
Despite all these, discrimination and violence against girls and violations of
their human rights still happen. I would appeal to individuals,
non-governmental organizations, labor unions, and social activists amongst
other to rise to the fight against this ugly situation.
God Bless Nigeria.
Olusanya, Oluwole Sheriff