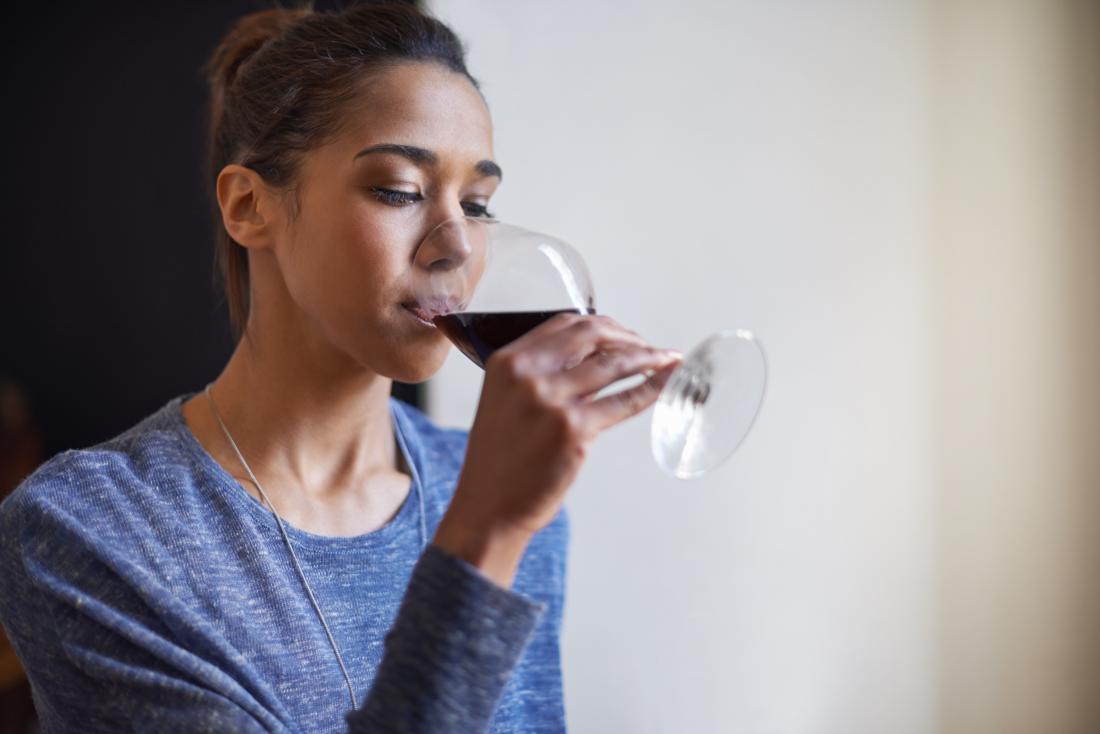 If you are a woman, you may be acquainted with the confusing hell of premenstrual syndrome. Nobody knows exactly what factors raise the risk, but data point the finger at alcohol.
Do you experience mood swings and changes in appetite before your period?

Do your breasts get so sensitive that you start to wear loose-fitting tops and bralettes just so you don’t hurt yourself?

Do these and other premenstrual symptoms — changes in your sleeping pattern, sporadic nausea, and headaches, for example — interfere with your normal lifestyle to a lesser or greater degree?

If so, you may have premenstrual syndrome (PMS), which many women commonly experience.

Though the exact causes and risk factors for PMS are unknown, several studies have suggested that women who regularly drink alcohol are more likely to experience the symptoms.

A new systematic review and meta-analysis of the relevant literature now confirms that there may be more than a little merit to the claim that alcohol influences PMS.

An article detailing the findings of this research, whose first author is María del Mar Fernández, was published yesterday in BMJ Open.

The researchers extracted and analyzed the data from 19 studies conducted across eight countries and, combined, worked with more than 47,000 participants. They found a “moderate association” between alcohol and an increased risk of PMS.

The estimated percentages, however, are far from negligible: drinkers are estimated to have a 45 percent higher risk of PMS, and heavy drinkers have an even higher risk, at 79 percent.

Thus, del Mar Fernández and colleagues think that 11 percent — or approximately 1 in 10 — of PMS cases may have to do with the women’s drinking habits.

However, as it often goes with studies that observe relationships without looking at the possible underlying mechanisms, there is a caveat: the researchers are unsure as to the direction of the causal relationship.
In other words, though they find it likely that alcohol consumption puts women at a heightened risk of PMS, it may also be the case that individuals up their alcohol consumption in an attempt to ease their symptoms.

After all, popular knowledge has it that drinking certain types of alcohol — usually red wine — can help to ease cramps related to the menstrual period.

Still, the study authors believe that the high numbers and the consistency of the links revealed by studies looking at the relationship between alcohol and PMS suggest that alcohol is the probable culprit in this equation.

Many women may drink too much

“In Europe and America,” they add, “these figures are much higher and reach 59.9 percent for current drinking and 12.6 percent for heavy drinking in Europe.”

According to data from the National Institute on Alcohol Abuse and Alcoholism, 5.3 million adult women in the United States have alcohol use disorder. Also, among the women who drink, 13 percent indulge in more than seven drinks per week.

“If [the] association [between alcohol consumption and PMS] is of [a] causal nature,” write the researchers, “eliminating heavy drinking in women would then prevent 1 in every 12 cases of PMS in Europe.”

As to how alcohol may raise the risk of premenstrual symptoms, several biological mechanisms could be at play. Among these, the study authors mention the fact that alcohol could create hormonal imbalances by influencing the levels of certain sex hormones.

Another effect of alcohol, they say, may be that it alters levels of serotonin — which is a hormone largely held responsible for mood alterations and disorders such as anxiety and depression — in the brain.