WHAT IF I LAME?

For the first time ever, a rare baby zebra has been pictured vouching for the fact that miracles do happen and our world is full of wonders. Spotted in Kenya, the rare foal has funky white polka dots, instead of regular stripes.


We at Bright Side are in love with the little cutie named Tira and would like to share its story with you.

Looking like a cross between a horse, a donkey, and a zebra, the mysterious animal was photographed at Kenya’s Masai Mara National Reserve recently by photographer Frank Liu who was out there to spot rhinos and didn’t really understand which species the animal belonged to, at first glance.

The foal was first spotted by a local guide who named him “Tira.”’ He is said to be about a week old. According to the reserve, there are more like him and even though they look like a different species altogether, they are 100% zebras. The only difference is, these do not have the famous zebra stripes and have dots instead, making them more vulnerable. 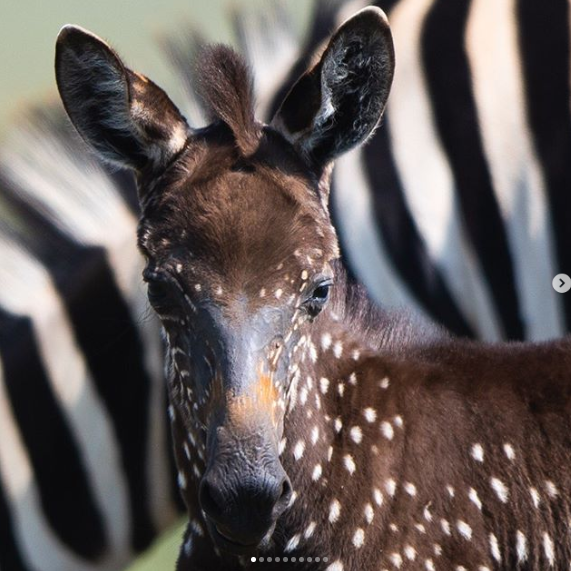 To answer the next curious question, these zebras are that way because they suffer from a rare condition called pseudomelanism, which is a rare genetic mutation which causes an abnormal striped pattern. Earlier this year, a fully albino zebra was spotted suffering from a genetic mutation as well, which makes us wonder if it is only happening now or has it been happening this whole time but we just didn’t notice it.

Even though Tira looks beautiful and is making headlines everywhere, his chances of survival are much less than the other zebras around him. The reason is that the stripes actually help these animals camouflage and protect themselves in the wild. According to a study, biting flies stay away from striped animals, so usually zebras are safe from them by default. But obviously, there are always exceptions and since Tira has made it so far healthily, we wish him a long, glamorous life!


And it’s not just zebras, but over the last few years, some beautifully unique animals have also been spotted by various people. Have a look at some of them below:


1. A Golden Retriever with a unique black freckle

3. A cat with a chimera mutation

Did you know zebras are actually black with white stripes on them? Have you ever seen an albino or a rare animal? Share your experience with us in the comments!