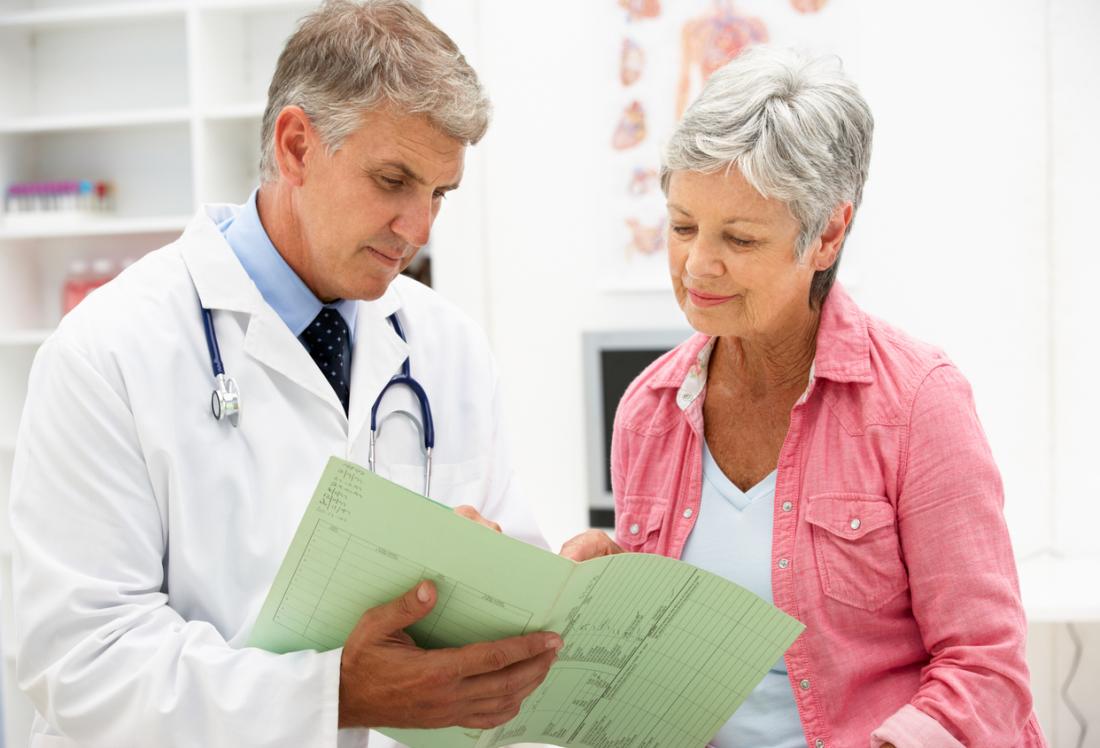 By Lana Burgess
Reviewed by Debra Sullivan, PhD, MSN, RN,
CNE, COI
Menopause
is caused by a gradual fall in a woman’s hormone levels, while a hormonal
imbalance causes polycystic ovary syndrome. But can the reduction in sex
hormones that brings on menopause cure the imbalance that causes polycystic
ovary syndrome?
Polycystic
ovary syndrome (PCOS) is a condition that leads to cysts growing on a woman’s
ovaries. It happens when the sex hormones progesterone and estrogen are out of
balance.
Menopause
is when a woman’s periods stop completely, after a gradual reduction in sex
hormone levels.
As both
PCOS and menopause relate to changes in sex hormones, people may wonder how
they are connected or if one cures the other.
This
article explores how the two conditions are connected, the key differences, and
the treatments available.

Do PCOS and
menopause affect each other?


The
different roles that hormones play in causing menopause and PCOS are explored
below.

The
symptoms that women with PCOS experience are the result of an imbalance in sex
hormones. However, the cause of this imbalance is not well understood.
Women with
PCOS produce a higher level of the male sex hormone testosterone than most
women do. They may also have a lower level of the female sex hormone
progesterone.
Increased
levels of testosterone cause symptoms, which are explored in the section below.
The increase also affects the way another hormone called insulin works. Insulin
helps to control blood sugar levels.
An
increased level of testosterone in women can make their bodies more resistant
to insulin. This means that insulin is no longer able to control blood sugar
levels effectively, which leads to high blood sugar levels, and an increased
risk of diabetes.

Menopause
is caused by a gradual reduction in the female sex hormones progesterone and
estrogen. The reduction starts years before menopause proper. This period is
called perimenopause.
Over time,
once the female sex hormone levels are low enough, a woman stops ovulating.
This causes her to stop menstruating.
The reduction
in hormones that happens in the lead up to menopause does not redress the
imbalance of hormones that causes PCOS. As such, menopause does not cure PCOS.

Research
has been conducted into how the hormone levels of women with PCOS change, as
they get older.
A study
examined women with PCOS and compared their hormone levels with women without
PCOS, and then re-examined them 21 years later.
It found
that over time, testosterone levels in women with PCOS did decrease gradually.
However, they did not reduce to normal levels until 20 years after menopause.
This is why menopause does not stop PCOS symptoms from occurring.
While it
did not stop all PCOS symptoms, the reduction in testosterone levels had a
positive effect as women got older, the study found. The researchers discovered
that the women tended to experience more regular periods as they aged.

There are
several ways that women can help manage the shared symptoms of perimenopause
and PCOS. These include the following:
Managing
weight
Both the
PCOS and perimenopause cause weight gain. This can increase the chance of type
2 diabetes.
Weight can
be managed by:
Improving
sleep
Both PCOS
and perimenopause can make it hard to sleep. People can give themselves the
best chance of sleeping well by improving their sleep routine.
Changes
include:
Managing
unwanted hair
Both PCOS
and perimenopause can cause unwanted hair growth, which can be distressing.
Waxing, plucking, or using hair removal cream may help.
Speaking to
a doctor or beauty therapist for advice on the best way to remove hair is a
good idea for those who are worried. In some cases, a doctor may prescribe
medication to help.
Hot flashes


One of the
main differentiating symptoms of perimenopause that younger women with PCOS may
not experience is hot flashes. The following ideas may help manage hot flashes:
Outlook

Research is
ongoing, but there is currently no cure for PCOS. It may also continue after
menopause, but following the lifestyle changes suggested can help manage
symptoms.
Menopause
happens to every woman as she gets older. There is not a cure for menopause as
it is simply a life change.
Using some of the ideas explored above can
help make symptoms more manageable.
SOURCE:
MEDICAL NEWS TODAY