Tips on Back and Neck Pain

PROMOTING THE NIGERIAN ECONOMY AS A
PREFERRED INVESTMENT DESTINATION The
last edition of the Lagos international trade fair held from the 9th
to 16th of November, 2014 was tagged “Promoting the Nigerian economy as a preferred investment destination.”
The historic event may have come and gone but I would like to discuss the theme
meticulously. Sometimes
in April last year, The Statistician General, Mr. Yemi Kale explained that the Nigeria’s
GDP was recently rebased from about USD 270 billion to USD 510 billion for
2013. The increase of about 90% was attributed to new sectors of the economy
such as telecommunications, movies, and retail which were previously not
captured or were underreported. As a result of the rebasing, Nigeria is now the
largest country in Africa and 26th largest in the world in terms of
GDP figures. However, Nigeria needs more than GDP rebasing to stimulate the
economy and drive Foreign Direct Investments.

Perhaps,
the questions I want everyone reading this well articulated piece to answer are;
how has those jaw dropping figures impact positive in the life of the average
Nigerian? Does that make Nigeria a preferred investment destination? As the
self acclaimed giant of Africa, are we getting enough FDIs? All things being
equal, would a prospective investor prefer our sickle cell infected country to
the likes of South Africa, Kenya, Malaysia or even our western African
neighbour, Ghana?

Apparently,
a survey by Transparency International ranks Nigeria among the worst country to
do business in the world. Nigeria was ranked 99 out of 100 countries that were
accessed by the international body; the sad fact is that some war stricken
countries were even better placed. If the truth is to be told, the country has
myriad of problems and it is less likely to be the first choice of any
prospective investor.
From
all indications, things are presently out of place and I would be discussing
some of the challenges that have served as stumbling blocks to the wheels of
progress that our founding fathers might have envisaged in subsequent
paragraphs. They are discussed below;

·
Bribery
and Corruption– The former Ogun State Governor,
Olusegun Osoba, described corruption in the Nigerian context “as any
anti-social behaviour (including stealing) that confers improper benefits
contrary to the legal and moral norms that undermine the capacity of those in
authority to secure the welfare of all citizens.” Another definition of
corruption worthy of note is given be a foremost Anthropologist, Daniel Jordan
Smith. He explained that “the Nigerian notion of corruption encompasses
everything from government bribery and graft, rigged elections, fraudulent
business deals to cheating in schools among others.” Regrettably, bribery and
corruption has penetrated every sphere of our national life and Nigeria is
ranked as the most corrupt nation in the world. We need to fight corruption
because we are now synonymous with it which is highly embarrassing. 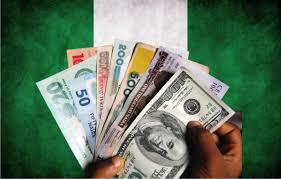 ·
Second on my list is Electrical Power Generation, the
provision of electrical power for the benefit of the teeming population in
Nigeria still remains a mirage. Subsequent administrations have failed the
citizens in this regard. Broken and unkempt promises seems to be in vogue while
billions of dollars are either squandered, embezzled, misappropriated or
unaccounted for in our gory journey to provide an enabling environment for
businesses to thrive on government provided electricity. The shout of “up nepa” is now a national anthem, it
fills the air whenever power is restored and you will be forced to wonder if we
are really in the 21st century. According to the National Population
Commission, it was expected that Nigeria’s population would have hit 170
million by the end of 2013. Of these, less than 50% currently have access to
electricity.
·
Security
is one of our biggest international disgraces; the precarious situation of our
security has made headlines of local as well as international media houses in
the most embarrassing and dehumanizing manner. A country that cannot guarantee
the security of lives and properties of its citizens and residents should not
be referred to as a sovereign state let alone a nation.

Most
regrettably, every region in this country seems to be synonymous with a certain
security challenge, while the northern part of the country is overwhelmed with Boko
Haram insurgency, sectionalreligious clashes and socio-cultural crisis amongst
other nameless acts of lawlessness. The southern part is always in the news for
the wrong reasons with kidnappings, Niger-Delta militancy, armed robbery, mass
murder amongst others happening here and there. The security of lives and
properties of the citizenry should be the number one priority of any
responsible government because not investor not matter how patriotic, would
want to put his hard-earned wealth in a country where he cannot promise
tomorrow.

·
Multiple
Taxation, this is really not much publicized but it
is certainly one of the hindrances.  Most businesses have witnessed untoward
intervention and actions from various Ministries, Departments and Agencies
(MDAs) of Governments (at the 3 tiers) who see an opportunity to generate revenue
through the imposition of multiple, illegitimate levies and taxes. The failure
of these businesses to submit to these illegitimate regime and demands often
results in disruptive enforcement actions by these MDAs.  Business executives and staffs continue to
witness harassment, forcibly sealing of business premises or litigation to
compel compliance. These continued intervention by MDAs results in a disruption
of services, degradation of service quality, a major increase in operating
expenses and the general cost of carrying on business in Nigeria.

·
The dearth of Available Manpower is also sacrosanct
to the promotion of the Nigerian economy has a preferred investment destination
because most of our youths in the employment bracket do not have the
wherewithal and antics needed to swim the stormy waters of life and most
importantly, they lack the required skills and qualities to make a mark in
employment. The sad truth is most of our graduates are not employable. But,
instead of trading false blames on the government at all levels for neglect, or
lamenting the comatose in the education system, or the parents or guardians who
encourage their wards to cheat in examination halls, or the students who do
whatever to pass exams (except studying extensively) which is our usual
culture, I would suggest that we are go back to the drawing board, think,
reflect and investigate where we have all wronged the system and ensure that we
make it right. 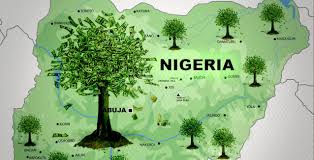 ·
Bureaucratic
Bottlenecks, another issue that needs to be
urgently addressed. The cost of doing business in Nigeria is high to the
heavens but another problem is the stress a would-be investor is made to face
because he chose Nigeria has his investment destination.
Conclusively, am optimistic that a Nigerian economy
that would be the number one choice of any intending investor is realizable if
sincere efforts are put in place to ensure that all the aforementioned
challenges are severely dealt with individually. On the flip side, we should
all ensure that we promote our country to foreigners and tourists in the most
warmth way possible and the truth is that it is not really as bad as it seems. 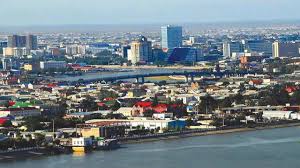