16 Incredible Places Worth Visiting at Least Once in Your Life 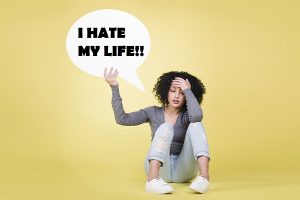 Send me your favourite examples of psychobabble and I will publish them here on PsyBlog.
My first experience of ‘psychobabble’ was at school. Kids used to shout an abusive epithet across the playground and when some poor soul turned around to look they all cried in unison, “Complex!”, as in the Freudian term ‘Oedipus complex’.

As is usually the case with psychobabble it was a technical psychological term used out of context – not that I was sufficiently well-read (or stupid enough) to point that out at the time.

While this example is pretty lowbrow, psychobabble permeates all intellectual strata. Psychological discussions on the street, in print, on TV and online are filled with psychobabble, usually delivered with a straight face.

Sometimes respectable psychological terms escape from their cosy, sheltered academic homes and develop their ‘babble’ out in the wide world where they’re ravaged by the uncultured masses and left almost unrecognisable. Other times the ‘babble’ is born fully-formed of various gurus, cultists, celebrities, columnists and others.

Here are a few pieces of psychobabble I currently love to hate:
Send in your favourite psychobabble

These are just a few to get your bile flowing. Once you’ve worked yourself up sufficiently please send in your personal favourite(s). It could be psychobabble from any context: work, home, school, childhood, sport, TV – anything you like as long as it has some connection to psychology.

Then I’ll publish them here as a list and we’ll vote for our favourite bit of psychobabble!
Don’t forget to include your name, or if you would prefer to submit anonymously then just let me know.