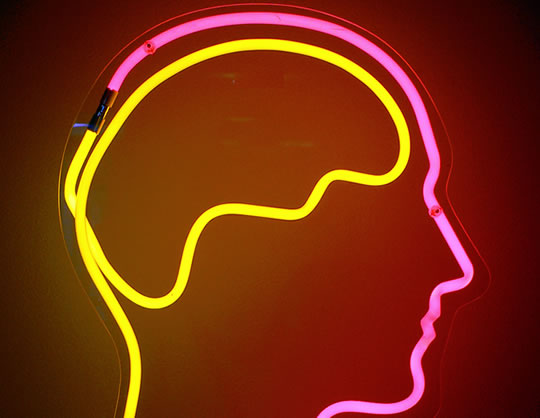 
Five things we didn’t know last week from the world of psychology:


Is it possible coffee shops make people more creative because of the noise levels? For abstract thinking, maybe:

“…a level of ambient noise typical of a bustling coffee shop or a television playing in a living room, about 70 decibels, enhanced performance [on tasks that required abstract thinking] compared with the relative quiet of 50 decibels.

A higher level of noise, however, about 85 decibels, roughly the noise level generated by a blender or a garbage disposal, was too distracting, the researchers found.”


You can further motivate yourself to quit smoking by seeing what you might look like in 20 years time. The study found:


“…providing concrete and realistic information about an individual’s potential future and using the aged face of a game avatar as a way to get the quit-smoking message across to college-age students could be very effective.”


New drug hope for Alzheimer’s which has shown promise in mice:

“…NitroMemantine brings the number of synapses all the way back to normal within a few months of treatment in mouse models of Alzheimer’s disease. In fact, the new drug really starts to work within hours.”


If anyone carrying a few extra pounds needs further motivation to lose it then here it is. People who are obese tend to show deficits in memory for events, but this is reversible:

5. Would you save a dog over a person? Depends?


Given some weird confluence of events that meant you could only save the life of a person or that of a dog, which would you choose?


You might be surprised to learn that if it was their dog and the person was a foreign tourist, 40% would save their dog.


Here’s a graph showing how the relationship with the dog and the person changed their choice: 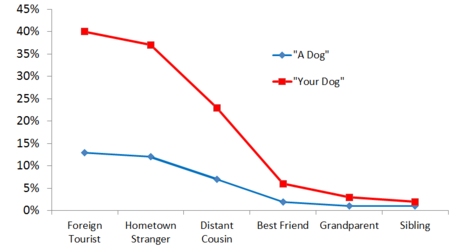 The authors rightly caution that:

Yes, if really faced with this dilemma, the number choosing their dog would be 100%.