BAD ATTITUDE: CHANGE THE FLAT TYRE OR TREK FOR ETERNITY

Psychopaths are known for their selfishness, callousness, and violence. These antisocial personality traits are often baffling to the rest of us, but could brain differences help to explain them? And, more importantly, do such hardwired differences help or hinder treatment?

Some psychopaths are killers, but some make for great businessmen, researchers say.

Psychopathy is generally considered to be a personality disorder.

Although the Diagnostic and Statistical Manual of Mental Disorders (DSM) does not formally acknowledge psychopathy as a standalone condition, it incorporates it under the wider “antisocial personality disorder.”

But what is a psychopath? In 1993, Canadian psychologist Robert Hare, the creator of the famous Hare Psychopathy Checklist, defined psychopaths as “social predators who charm, manipulate, and ruthlessly plow their way through life.”

“Completely lacking in conscience and feeling for others,” he goes on to say, psychopaths “selfishly take what they want and do as they please, violating social norms and expectations without the slightest sense of guilt or regret.”

Does any of this sound familiar? The stereotypical portrait of the psychopath may call to mind such fictional characters as Hannibal Lecter, or even real personalities such as the serial killers Ted Bundy or Jeffrey Dahmer. However, some argue that most psychopaths live among us.

According to recent estimates, just below 1 percent of non-institutionalized males in the United States are psychopaths.

Despite this small percentage, people who have psychopathy are 20–25 times more likely to be incarcerated than non-psychopaths, and half of all violent crimes in the U.S. are committed by psychopaths.

That said, if you feel as though this definition could easily fit your boss or your neighbor, you might be right. In his book Snakes in Suits, Hare argues that psychopaths are more numerous than we might think, many of them fitting perfectly, and even thriving in, the corporate world or that of politics.

“[N]ot all psychopaths are killers,” Hare writes. “They are more likely to be men and women you know who move through life with supreme self-confidence — but without a conscience.”

In this article, we will attempt to find out exactly what goes on inside the brain of such supremely confident yet conscienceless people. Is there such a thing as a neurological explanation for callousness? Can anything be done to correct it?
When the brain is not ‘equipped’ for empathy

“A marked lack of empathy is a hallmark characteristic of individuals with psychopathy,” explains Jean Decety, the Irving B. Harris Professor in psychology and psychiatry at the University of Chicago in Illinois, and a world-renowned expert on the neuroscience of empathy.

Several studies have suggested the neural basis for empathy is either faulty or lacking altogether in the psychopathic brain.

Research has indicated that psychopaths might have an impaired mirror neuron system — that is, difficulties with the neurons that, in a healthy brain, activate both when we perceive someone else doing an action and when we do that same action ourselves.

Other, now classic, studies have found reduced volumes of gray matter in the brain’s so-called paralimbic system — the conglomerate of brain regions responsible for emotion regulation and self-control, setting goals, and staying motivated in the face of delayed gratification.

He and his team scanned the brains of 121 inmates held in a U.S. medium-security prison while they were shown images of painful situations. The study participants were also assessed using the Hare Psychopathy Checklist-Revised (PCL-R).

When the participants deemed “highly psychopathic” were asked to imagine that the pain was inflicted on them, the relevant brain areas known to be linked with emotion processing and empathy for pain did “light up” in the functional (MRI) machine.

These brain areas are: the anterior insula, the anterior midcingulate cortex, somatosensory cortex, and the right amygdala.

However, when the highly psychopathic individuals were asked to imagine that somebody else was experiencing pain, the same brain areas failed to respond.

Also, the study found that the participants’ insulae and ventromedial prefrontal cortices (vMPFC) failed to connect when the participants had to take the perspective of another.

The vMPFC, also known as the “social hub” of our brain, is an area involved in empathetic decision making — that is, it helps us to weigh decisions that benefit either ourselves or others — and in attributing feelings and thoughts to other people.

But it seems that in the case of psychopaths, the neural circuits that would have to activate during empathy are just faulty, making psychopaths ill-equipped for this basic human emotion.
Are psychopaths just bad decision-makers?

Some have suggested that psychopaths are not evil, just…really bad at making decisions. Joshua Buckholtz, an associate professor of psychology at Harvard University in Cambridge, MA, and his colleagues scanned the brains of 49 inmates held in two medium-security prisons while asking them to complete a delayed gratification test.

This is a situation wherein they had to choose between receiving less money immediately or more money later on. 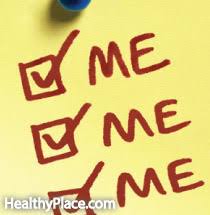