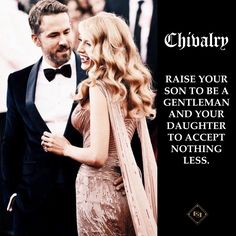 What is it about romance that makes men more helpful, chivalrous even?


While dreaming of his beloved a man easily slips into a daydream of himself clad in shining armour, riding his trusty white charger, sweeping to the rescue of a beautiful woman. In reality he may only be holding a door open or picking up the tab, but the feeling is the same.


In a new experiment published in Psychological Reports Lubomir Lamy and colleagues from the Universite de Bretagne-Sud examined the effect of love on the helping behaviours of men and women in a field experiment carried out on a busy shopping street in France.


Can you spare some change?


In Lamy et al.’s (2008) experiment, the researchers sent confederates, about half young men and half young women, to randomly approach people in the street. They asked each person if they would answer a few questions for one of two (fictional) journals:

After this participants were thanked and they continued down the street. Further along they were approached again, this time by someone asking them for change to buy a bus ticket. Although it seemed to people that these were unrelated incidents, this was, of course, all part of the same experiment.


What the experimenters found was that when men were asked to recall a ‘love episode’ (love that expression!) they were much more likely to give money to a woman asking for money at the bus stop. A paltry 13% of men gave money in the ‘music’ condition, while this increased to 38% in the ‘love’ condition. Thinking about love seemed to make men more generous towards women.


Lamy et al. (2008) explain this through the gender stereotypes adopted by men and women. The amount of help provided is affected by how men and women see their role in society. Men generally like to display chivalrous behaviour to women – rescuing the damsel in distress – and this becomes especially salient to men when they are encouraged to think romantic thoughts. It also doesn’t hurt that they’re in the street with a better opportunity to show off their chivalrous behaviour to others.


The effect on women, though, was not as marked. Although women are stereotypically nurturant and therefore keen to help others, especially friends or family, Lamy et al. (2008) suggest this doesn’t stretch to strangers in a public place. This might explain why cueing women with a love episode didn’t significantly increase the help they were willing to give to a stranger.


This study is in line with previous research finding that women are more likely to be on the receiving end of help than men, and that when men help another person it is more likely to be a woman than a man. What it adds is the idea that men’s gender roles can be made particularly salient to them with thoughts of love.


Naturally women already understand this principle, whether consciously or not. That’s why when they ask a man to do them a big favour, it is usually prefaced by: “How much do you love me?”