HOW I LEARNT TO DROWN

6FEET DEEP IN LOVE
The very first day I saw him,
My whole world stood still,
He was laughing and talking with his friends,
Looking like the world was in his hands.
We bumped into each other few days later,
He seemed to recognize me from the other day,
We talked like we had been friends forever,
My heart warmed towards him, Shakespeare!!
We started dating not long after,
Sweet words, nice gifts, perfect!!
It almost seemed like happily ever after,
Till that resounding slap, ear defect!!!
At first I thought it was just a nightmare,
No, it can’t be, of course, I’m dreaming,
But when I felt the tears run down my neck,
I knew the one I cherished most, just slapped me.
Ahh!! He would change I told myself,
Just a sleight of hand, pure mistake,
Fear and betrayal was all I felt,
He deserves a second chance, my cupcake.
We mended our fences but I still saw patches,
I was full of uncertainty like BPL matches,
The next time he used his fists and belts,
I shivered, wondering what would come next.
Ahh!! He can change I told myself,
Fear of the unknown now replaced respect,
We had a beautiful wedding, cinderella!!
He deserves a sixth chance, my husband!!!
One year later, we had lovely Jason,
For a while, there was neither hitting nor hating,
I forgot to wash the clothes and dishes,
I slept in the hospital, 14 stitches.
Ahh!! He can change I told myself,
Fasting and prayer, no recess,
The lines around my eyes had deepened,
My love for him every day lessened.
He came back from work late and drunk,
I sat on the sofa waiting for him,
He sized me up and down with disgust,
I greeted him and went to pick the keys.
Back aching from all the stressful work,
I climbed into bed and lay beside him,
Wondering what happened to the man I loved,
A text message entered his phone, beep!!!
He woke up and saw me with his phone,
Not minding the tears blinding my eyes
He battered my face with blows,
Because I found out all his lies.
Ahh!!! He would change I told myself,
It’s a crime to lie to oneself,
Because deep within I knew he would never change,
Even if he joined the APC train.
He was leaving for work that day,
I asked him to pick our son from school,
Because I had the monthly waist pain,
He told me he wasn’t a jobless fool.
I screamed, “But he is your son”!!!
For once in my life I talked!!!
He charged at me like a bulldog,
And pushed me down the stairs, oh!! I did fall!!!
My burial held last Saturday,
I didn’t have a chance to tell Jason bye,
All because I was ashamed of what people would say,
Now, I’m 6ft deep in love, why??
Domestic violence is very common and most people like to hide under “what will people say?”
Take time out to talk to somebody…a counselor preferably… if you are going through this. 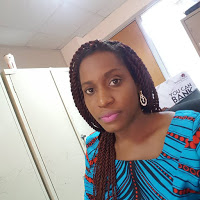