Can Noxzema help with eczema? 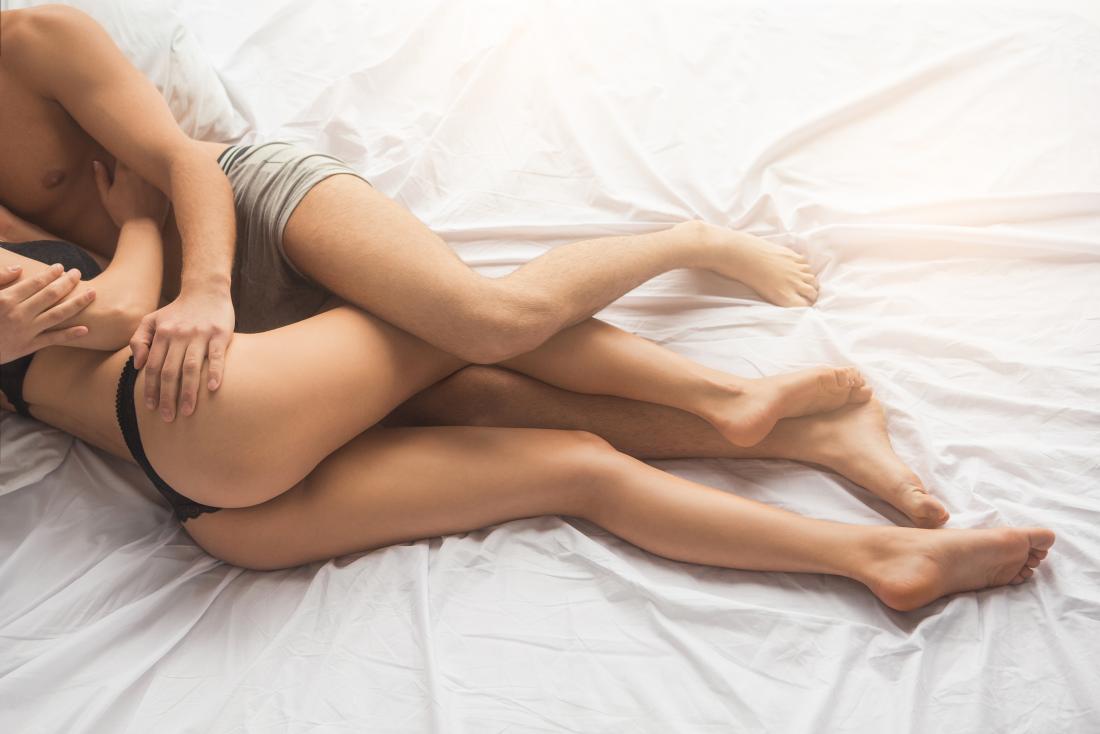 Everyone’s heard their fair share of sex myths, especially during their teenage years. Unfortunately, though, some myths might persist well into adulthood, affecting the way we relate to our sexual lives. Here, we debunk some of the most widespread misconceptions about sex.

Well, we’re here to look at the facts on these and other myths about quality time in the bedroom — and we don’t mean sleep.

So sit back, relax, and learn why you should try to stop worrying so much about apocryphal “facts” about sex.

This is the age-old belief that a woman’s hymen is a good place to look to if you desire to know whether she’s still a virgin — or, at least, if she has engaged in vaginal intercourse.

But although much significance is attached to the hymen as an alleged marker of virginity in many cultures, the truth is that more often than not, it can’t tell us much about a woman’s sexual history.

The hymen is a membrane that lines the opening of the vagina, and its actual shape and size varies from person to person. Normally, it does not cover the vaginal opening entirely — which makes absolute sense, since otherwise menstrual and other discharge would not be able to leave the vagina.

In fact, some of us are even born without a hymen.

In the rare cases wherein the hymen does cover the entire vaginal opening — this is a congenital condition called imperforate hymen — surgery is carried out to perforate it and allow vaginal discharge to pass out of the body.

While vaginal intercourse or some more strenuous physical activities could cause minor hymen tearing, many women do not experience any tearing or bleeding during sex, as the hymen can stretch to accommodate the penis.

As Nina Dølvik Brochmann and Ellen Støkken Dahl, authors of The Wonder Down Under, explain in a TED talk, this membrane is kind of like a scrunchy — elastic and flexible.

Even if tearing does occur, bleeding doesn’t always follow. And because hymens can have myriad different shapes, it will be incredibly difficult to tell whether that “dip” in the membrane is due to a minor rupture or whether it was there all along.

Another favorite piece of sex lore is that women can’t get pregnant if they have sex while on their period. It’s true that this scenario is highly unlikely, but even so, the possibility of pregnancy isn’t fully eliminated.

The likelihood of becoming pregnant after period sex depends largely on how long your menstrual cycle is. In most women, the menstrual cycle lasts for approximately 28 days. Usually, 3– 5 of those days are taken up by their period, during which unfertilized eggs, or “ovules,” and uterine lining are eliminated.

Women are most fertile during the ovulation stage of their menstrual cycles, when fresh eggs are produced. Ovulation usually takes place about 12 to 16 days before the start of the next period.

Some women, however, have shorter cycles, which means that their ovulation stage also happens earlier.

That, coupled with the fact that sperm can live inside the human body for up to 5 days, means that if the timing is right, sperm could hang out inside the female body for just long enough to survive the period and penetrate a fresh egg.

So, if you do plan to ease those menstrual cramps by having sex, you may wish to consider using a condom.

3. It’s not an orgasm if it’s not vaginal

A quick look on the Internet will reveal that some popular searches include, “Why can’t I orgasm?” and “Why can’t I make my girlfriend climax?”

Well, as Medical News Today explained in a longer piece, there is no “one-size-fits-all” recipe for achieving orgasm, and very often, women will require clitoral stimulation, instead of just vaginal penetration, to reach that sweet spot.

For some, penetration doesn’t cut it at all, and clitoral stimulation alone is their stairway to heaven.

In fact, according to Essentials of Obstetrics and Gynaecology, of the women who reach sexual climax, “25 percent […] achieve orgasm with penetrative sex and 75 percent need extra clitoral stimulation.”

That’s why both men and women would do well to learn as much as possible about their and their partners’ bodies and try to understand what makes them tick individually.

A good way to prevent this from happening, explains Morgan, is to “make your practice and your play as similar as possible,” which may involve actually spending a little more quality time with yourself, rather than rushing through things.

It seems intuitive, doesn’t it, that engaging in exercise that might be somewhat demanding, such as sex, will decrease your stamina, so you probably shouldn’t play at this game right before running an important marathon.

For years, the managers and coaches of top sports performers have forbidden their athletes to indulge in steamy action before important events, for fear that their performance would be weakened.

You’ll be relieved to find out, then, that that’s not really the case at all. Recent studies show that having sex the day before participating in a sports competition doesn’t affect performance.

Still, researchers point out that further investigations should still be conducted — regarding the potential psychological effects of sex when it comes to athletic performance, for example.

One editorial addressing the question of sports performance following intercourse suggests that, depending on individual psychological resilience, sex might alter the state of mind of an athlete before a competition.

“If athletes are too anxious and restless the night before an event,” the authors write, “then sex may be a relaxing distraction. If they are already relaxed or, like some athletes, have little interest in sex the night before a big competition, then a good night’s sleep is all they need.”

Long story short, there is no evidence that a little consensual sex “match” is anything but good for you — just learn what works for your body, stay safe at all times, and if something you’ve heard or read about sex sounds fishy, fact-check it against a credible source.