How to Rock Colorful Pants

Enhance your everyday carry, even if you aren’t a smoker 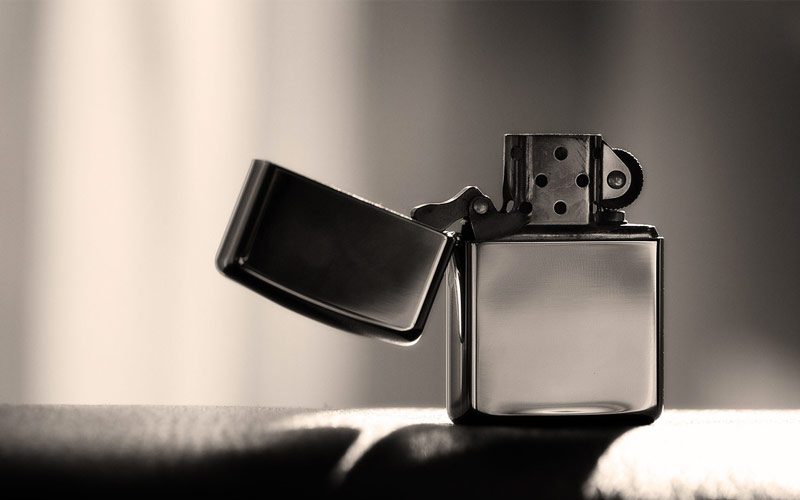 
The question Should a man always carry a lighter? begs for a robust answer, even if the question itself doesn’t come up all that often. We’re engaging the topic here because lighters do occupy a special place in the panoply of men’s traditional accessories, and to that extent they fall squarely within in our scope of interest and editorial jurisdiction.


If we were engaging this question solely with an eye to habitual smokers, we’d start with questions like Which lighter should I carry? and How much should I spend on a lighter? We answer those questions in another article.

But what if one isn’t a smoker? Apart from sparking-up, for what other reason or reasons would a man need to carry a firestarter on a regular basis? And if “need” is too strong a word in this context, why might it be desirable to carry a lighter every day?

The Why carry? question led us to thinking about lighters generally —  what they are, what they do, and what they symbolize.  The attempt to answer systematically the question Should a man carry a lighter? has also provided us with an opportunity to discourse a little on fire-starting, and what it represents. It was therein we found what we believe are four good reasons for carrying a lighter, or at least for rethinking what pocket lighters represent. 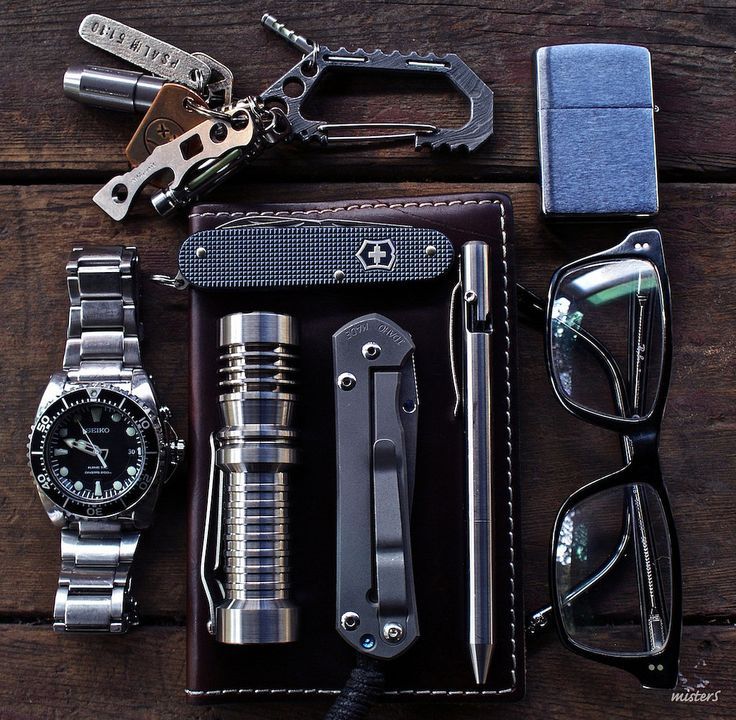 Putting to one side the smokers, let’s acknowledge two overlapping types of man. The first is the EDC enthusiast. This is the chap who seems to have an object fetish, or at least a hypertrophied enthusiasm both for accouterment and for telling the world all about his. The second is the prepper. His tribe of tactically-themed suburban hoplites is a subset of the EDC contingent, and the prepper is committed to having upon his person at all times basic survival tools — a blade, a flashlight, and fire-starter paramount among them. His bling consists of a paracord bracelet, and his brand of EDC typically includes a Spyderco spring-assist knife (clipped to the pocket of his cargo khakis) and a 9MM subcompact (in his waistband).  For the former type of gent, the mere fact that a lighter is a functional, portable thing is reason enough to carry one. For the latter, not carrying one would be tantamount to insanity — you know, with the Four Horseman of the Apocalypse being in the saddle and all that. To both of these men, we say: see our notes on which lighter to choose and how much to spend. As with habitual smokers, yours is a choir to which we’ve no need to preach.


What Is A Lighter?


Before answering the question Should a man always carry a lighter?, let’s put the matter into proper perspective. The first point to notice is that we are framing the discussion in terms of  “lighters” and not “cigarette lighters” or “cigar lighters.” We are talking about portable fire-starters, small and for the most part simple mechanical devices which allow one safely, effectively, and efficiently to make fire. So let’s restate the question:  Excepting cigarettes, cigars, and pipes,

Why would a man need to make fire outside the home or away from the campsite?

The Quest For Fire

Humankind’s initial fascination with fire was due in part both to its mysteriousness and its destructive potential, and over time our ancestors apprehended with both terror and wonder fire’s utility and value. For bipedal primates without fur or fangs, access to fire had its advantages. Long before the nature of fire was understood, fire was used and managed, and mythico-religious and philosophical importance was attached to it. The ability to create and control fire was an essential and therefore prized skill. It would not be overstating the case to say that the domestication of fire was part of the core constellation of powers and conditions which distinguished us nontrivially from other animals – and thus made us human.

It is also no exaggeration to say that, not too long ago, making fire was a routine activity both basic and fundamental to daily life. When homes were heated by fireplaces and stoves, and artificial illumination consisted in lamplight or candlelight, fire-starters were necessary. In many parts of the world, cooking with live fire as opposed to heat still remains the norm. Urban Westerners do of course light gas ranges and grills, candles and kerosene lamps, but today it’s mainly about home-fragrance, ambiance, and barbeques — about atmosphere and recreation. Two or three generations back, it was about warmth and food; four or five generations back, and it was about not freezing and not starving to death.

Things resembling lighters have been around since the 16th century, but there appears to be a consensus that the lighter-proper was invented in the 1820s. This was a few years earlier than the invention of the match. By any reckoning, human beings have had easy, reliable, safe, and portable fire-making abilities at their disposal for fewer than 200 years. Disposable lighters have been around only since this sixties.

There is an irony here that tends to escape notice. When mass-produced matches arrived on the scene, humankind had at last the reliable fire-starter it needed for hearth and home – to light kindling, coal, and candles, and eventually gas appliances. But with each advancement in fire-making technology subsequent to and technologically beyond the wooden sulfur-tipped match, the daily need for regular fire-making was actually dwindling. Residential electricity was in ascendance (as was the distribution of home-insulation technologies); and by the time of the disposable lighter, the raison d’etre of the portable fire-starter and pocket lighters generally had precious little to do with fire-making. Lighters had become about ignition.


And so, after millennia of being both mesmerized by flames and gravely concerned about the ability to create them on demand, the final third of the twentieth century brought us lightweight, simple to use, and inexpensive portable firestarters. In 1961 a French manufacturer launched the Cricket, giving humankind its first disposable lighter.  The Cricket arrived just as movements, protests, and demonstrations for decolonization, women’ rights, and civil rights were setting the world alight in their own fin de siecle way. By that time Crickets were no longer needed to keep the home fires burning. Pocket lighters reached a technological watershed just in time to light new brands of menthol cigarettes, incinerate flags, and ignite the occasional Molotov cocktail. 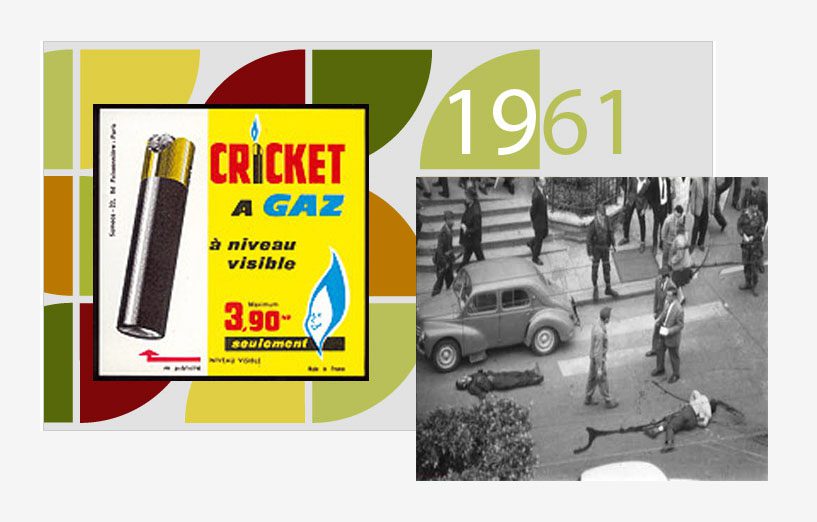 Truly reliable portable fire-starters, therefore, enjoyed their widest distribution in the age of nuclear power and revolution, and Hephaestus (the god of fire) had his penultimate incarnation in the Age of Aquarius (the water-bearer). There’s another, darker irony. Cricket’s headquarters were in Annecy, France, which is 22 miles south of Geneva, Switzerland, and more than 300 miles south-southwest of Paris. Cricket employees wouldn’t have heard the gunshots from the Paris Massacre of 1961, when police fired upon a crowd of 30,000 Algerian protesters, killing at least 40. Both the Cricket disposable and the Paris Massacre were signs of things to come. 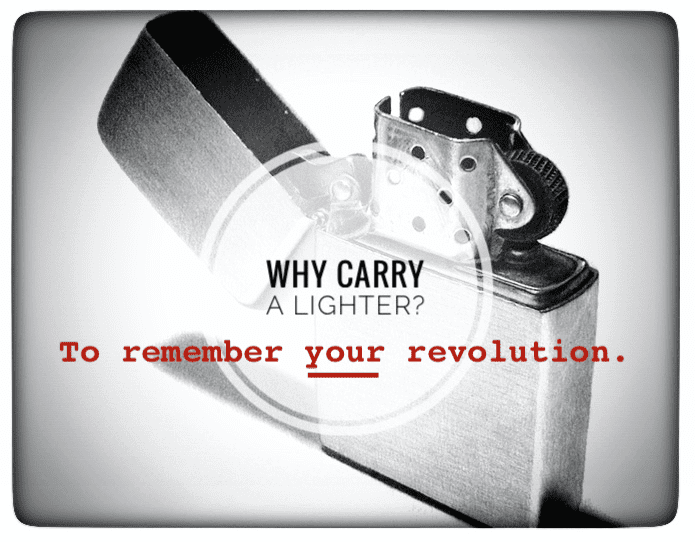 It would take too much space to discuss in detail the deeper significance of portable time-reckoning and portable writing-implements, and this is not the forum for too deep a treatment of these. But among these three ordinary EDC implements, the portable fire-starter is the only one which is capable of producing a formidable change in the material fabric of our world. Whatever is touched by fire changes permanently. And fire not merely changes; it consumes. The one-and-a-half inch flame from a five-inch $0.99 cent plastic lighter can do millions of dollars of damage, destroy the ancient and the irreplaceable, and kill. Nothing the ECD guy or the prepper carries is, in this sense, more pregnant, or more immediately potent. 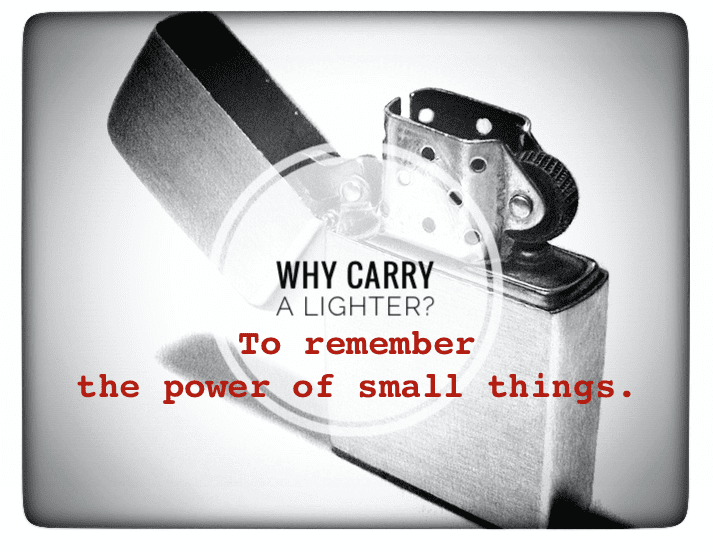 
You do not smoke, but you may light the cigarette of someone who does. Apart from lighting the occasional cigarette, you may have few opportunities to use your lighter on a daily basis. If and when the occasion presents itself, however, you will not be among the unready. Ready for what? Who knows. One of the best reasons for carrying a lighter is to have it to give away — we discuss this in the companion article. But both the investment in a lighter and the effort required to carry it are minimal. Perhaps the question should be Why would you not carry a lighter? A Cricket weighs no more than a few crickets, a Bic lighter about the same as a Bic pen. Every-day carriage is hardly a burden. 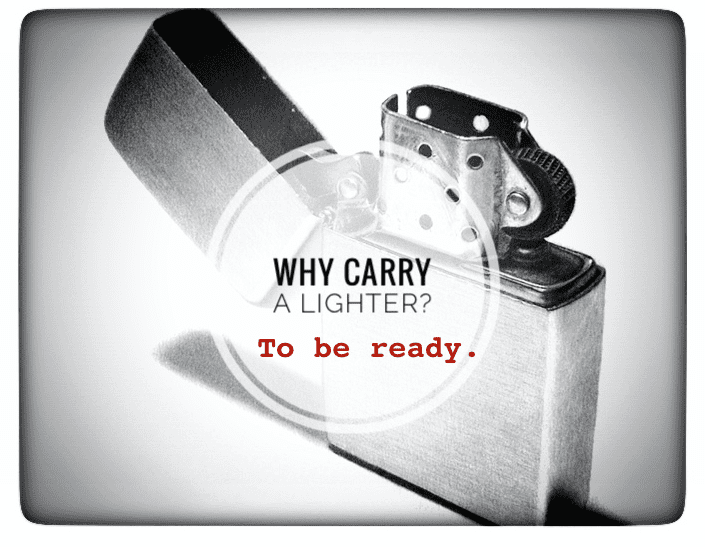 Man is a Tool-using Animal; weak in himself, and of small stature… Feeblest of bipeds! … Nevertheless he can use tools, can devise tools… Nowhere do you find him without tools; without tools he is nothing, with tools he is all.

Tool-possession is opportunity-readiness, and whatever else they are pocket lighters are small, simple, powerful tools. They are also portable reminders of humankind’s millennia-long trajectory through darkness and fear, across shared expanses of cold, want, and hunger. They are, or can be contemplated as, symbols of potential illumination and the power of enlightenment. A refillable, liquid-fuel lighter in the pocket is a solid, low-tech, beautiful, functional memorial to humankind’s long road from soul-shaking terror at the sight of flames, to awe and fascination with them, to all of the fruits borne by the mastery of them — which is to say: Civilization. Speculation about the basic stuff of the universe (what the Greeks called arche) may have begun with staring into upward-yearning flames, but material culture advanced only when we harnessed their power. A lighter is a small sculpture in commemoration of human endeavor; and when you ignite a lighter, you offer a warm tribute to all we’ve achieved together.

There is no art which exists independent of the flame, and heat, and therefore all arts are in kinship with fire.  It is by fire’s light that human beings first saw one another’s faces through the shrouds of Night; and so it may also be said that our kinship with others was forged in fire. We became human with cooked-food, by huddling and dancing and telling stories in the light of fire. Fiat lux, said the Demiurge, which saw that it was good. To carry a lighter is to keep on you a reminder of all beginnings, of all primordial sparks.

Strike your lighter as many times as you like, each flame is a wholly new, wild, untamable, and dangerous being. To hold it in your hand is to hold the mystery of both creation and destruction. Lighters are made to be actuated – not with pointing-fingers or trigger-fingers – but with our opposable thumb, the most human of digits. Appropriate, we think, for one of the most important of all human activities: making fire. 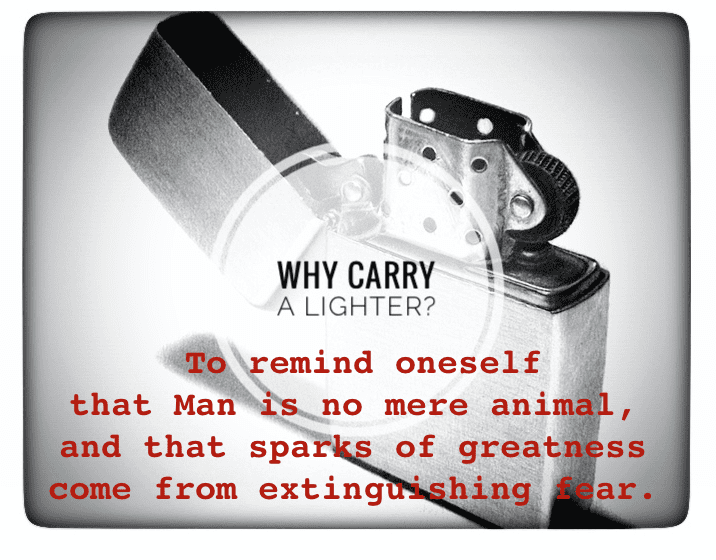 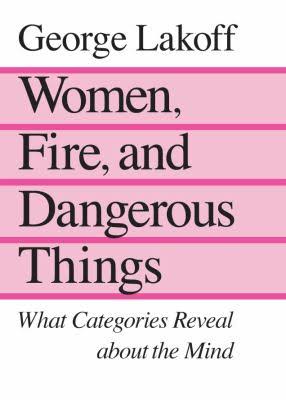 Read more about Richard Wrangham’s book Catching Fire: How Cooking Made Us Human in Smithsonian Magazine.  We also recommend George Lakoff (1987) Women, Fire, and Dangerous Things: What Categories Reveal About the Mind. You can learn more about it from this review. If you’re more interested in food than fire, try Michael Pollen’s 2006 The Omnivore’s Dilemma, reviewed by David Kamp at The New York Times.

What’s your every-day carry status? The GM talks about EDC.