What is depression and what can I do about it? 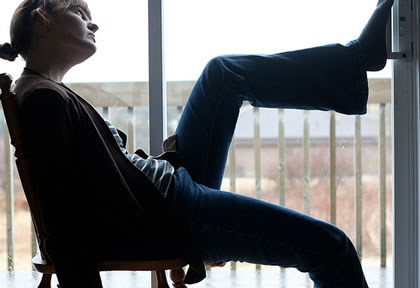 
At school all the cool kids were slouchers. No one wanted to be seen sitting up straight, paying attention or, heaven forbid making an effort to learn. It was only the geeks in the front row, hoovering up all that useless knowledge, who kept their backs straight. The rest were doing their best to reach the horizontal, and sometimes exceeding it.

The geeks were right, of course, damn them. That’s according to a new study just published in the European Journal of Social Psychology, which examines how people’s self-confidence is affected by the pose they strike.


This was designed to get half the participants thinking positively about themselves and the other half negatively. The question the researchers were interested in was if their posture affected whether they really believed the positive or negative things they were writing down about themselves.


To test this participants were then asked to rate themselves on whether they would be:

The results showed that people who had been sitting up straight were much more likely to believe the positive things they’d been writing about themselves, whereas those who were slouching weren’t so sure. Meanwhile a doubtful posture had very little effect on the half who were thinking negatively about themselves.


I’m in two minds about this research. One part of me says it’s another neat reminder that bodily position can feed back to our minds, it’s not just our bodies that reflect our mental state. But another part wonders what’s next after sitting up straight. Getting a haircut or a proper job? No thanks.

There is one consolation for all us lovers of the slouch though. According to the latest research sitting up straight all the time is now considered bad for your back.