How does sex affect your brain?

SOCIAL HOUSING AND THE MEGA-CITY STATUS: ISSUES AND PROSPECTS

Steve Ayorinde is the Honorable Commissioner for Information and Strategy, Lagos State. In his article titled, “Gridlock, Congestion and the Mega-city Syndrome” published by BusinessDay (20th November, 2015 – Back page), he provides a transparent analysis of how and why Lagos is truly the Centre of Excellence.

Hear him, “The attraction to Lagos is not difficult to spot. This is one of Africa’s biggest economies, after Nigeria. The Internally Generated Revenue of the state is bigger than those of 31 other states in Nigeria combined. 90.1% of Direct Foreign Investments of Nigeria berths in Lagos and at $131Billion, this state’s Gross Domestic product is bigger than the economics of 42 African countries combined, so much so that if Lagos state were a country, it would be the 6th largest economy in Africa, almost at par with that of Angola ($131,401), an oil-producing country and ahead of Morocco’s whose GDP stands at $107,005. To the growing band of job seekers, therefore, this is the proverbial land of opportunities that is forever welcoming and does not discriminate.

But with a landmass that is smallest in Nigeria, 22% of which is water, the effect of rapid urbanization simply means Lagos is bursting by seams. With an estimated 21 million people, this is not just one of the world’s fastest growing mega-cities, but Africa’s most populated after it overtook Cairo in headcount in 2012.”

While stressing emphatically, the heaviness of the massive urbanisation on the state’s infrastructural facilities, He noted that; “Without a doubt, more of such intelligence network will be needed at this period when Lagos is witnessing an unprecedented influx of internal economic migrants. According to the Commissioner of Police, Fatai Owoseni, approximately 10,000 people relocate to Lagos every other day with more than 75% of them nursing no intention of leaving soon. The attendant pressure on hospitals, public school and, in particular, infrastructure is unimaginable”. He stressed. 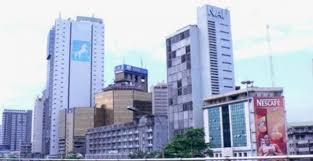 Brief History of Social Housing
Social housing which could also be referred to as affordable, public or municipal housing is defined as a form of housing provided at minimal cost or at low rents on a secure basis to those who are most in need or struggling with their housing costs. Normally councils and not-for-profit organisations are the ones to provide social housing. A key function of social housing is to provide accommodation that is affordable to people on low incomes. Limits to rent increases set by law mean that rents are kept affordable. Nearly half of Hong Kong’s 7.8 million population lives in public housing.

The first public housing project in the world was at one of the most notorious slums of London – the Old Nichol. Nearly 6,000 individuals were crammed into the packed streets, where one child in four died before his or her first birthday. Arthur Morrison wrote the influential A Child of the Jago, an account of the life of a child in the slum, which sparked a public outcry. Construction for a public housing estate begun in 1890 by the Metropolitan Board of Works and completed by the recently formed London County Council in 1900. (Source: Wikipedia.com) 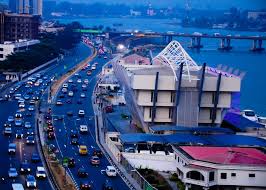 ·        Population Explosion– Lagos State is the smallest state in Nigeria but the fastest growing state in Africa with a population unarguably increasing in geometric proportions. Lagos is growing 10 times faster than New York and Los Angeles with grave implication for urban sustainability and housing delivery. At its present growth rate, the United Nations estimates that, Lagos state will be the 3rd largest mega city in the world by end of this year after Tokyo in Japan and Bombay, India.In the opening paragraphs, the Honorable Commissioner also highlighted the above assertion when he stated that “about 10,000 people come in the state every other day with over 75% nursing no intention of leaving soon.” This ugly trend has resulted into grave housing deficits because over 91% of the total population lives in the metropolis with a population density of about 20, 000 persons per square kilometer in the built-up areas of Metropolitan Lagos. The occupancy ratio is 8 – 10 persons per room with 72.5% of households occupying one-room apartment. [Lagos State Ministry of Housing, 2010]

·        Poverty– the Lagos State Government estimates that 51% of men and 54% of women resident in Lagos live below the poverty line. This is partly on the high rate of urbanization and dense population as urban poverty is the scourge of most cities of the 3rd world countries and Lagos is not an exemption. It is clearly manifested in the growing number of largely unskilled, unemployed and homeless migrants from the rural areas of the country into Lagos, who find it convenient and affordable to live in existing slum communities or create new ones that are not serviced by basic urban facilities, services and amenities.

·        Cost of Building Materials– Hyper-Inflation is one of the barriers to the provision of affordable housing in Lagos in particular and Nigeria in general. The cost of goods and services needed to erect these structures are highly exorbitant. An article, “HOUSING, POPULATION AND DEVELOPMENT IN LAGOS, NIGERIA” provides an extensive explanation of this fact. Since 1986, the prices of building materials have been on the upward trend with significant effect on the poor families’ home construction. Cement, a basic component of housing construction in Nigeria rose from N23.50 per bag in 1986, N420 in 1997, N1, 150 in 2005 to N1, 800 in 2010, an increment of about 7, 600% over a period of 24 years. During the same period, the purchasing power of average resident in Lagos have declined with non commensurate income wage and commitment of over 40% of income to housing expenditure against the United Nations recommended 20%.
·        Dwindling Budgetary Allocations-The problem of inadequate housing for the citizens in Lagos is further aggravated by the declining budget for housing by the government. In 2000, N667 million representing 4.05% of N16 billion budget was earmarked for housing while N776 million representing 1.42% was budgeted in 2005. Of N224.6 billion total budget for the year 2010, only N6 billion representing 2.7% was earmarked for housing. (Lookman Oshodi, 2010) 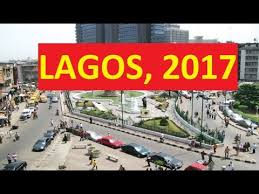 The Way Forward
With the establishment of the Lagos State Development and Property Corporation [LSDPC] under the leadership of Alhaji L.K. Jakande, the Government provided a number of Low-cost housing estates scattered across the state in the 1980s. LSDPC took a dynamic and elaborate turn with emphasis on low cost flats to cater for the needs of the low-income earners. Government realized that only the supply of housing units on a large-scale either through Government or by individuals themselves can reduce the chronic shortages. By 1992, about 17, 000 units were built in several locations.
Honestly, that feat can still be replicated by the present administration, the immediate past administration of Babatune Fashola offered a commendable solution to the housing challenge in the state through the Lagos Home Ownership Mortgage Scheme (Lagos HOMS) inaugurated in August. 2010 to provide affordable houses and block of apartments to eligible applicants but I would prefer that the scheme is further reviewed so that the less-privileged members of the society can also partake in such a laudable exercise. That is Social Housing.
God Bless Us All.
Olusanya, Oluwole Sheriff