Breaking down 5 myths, so you
get it right 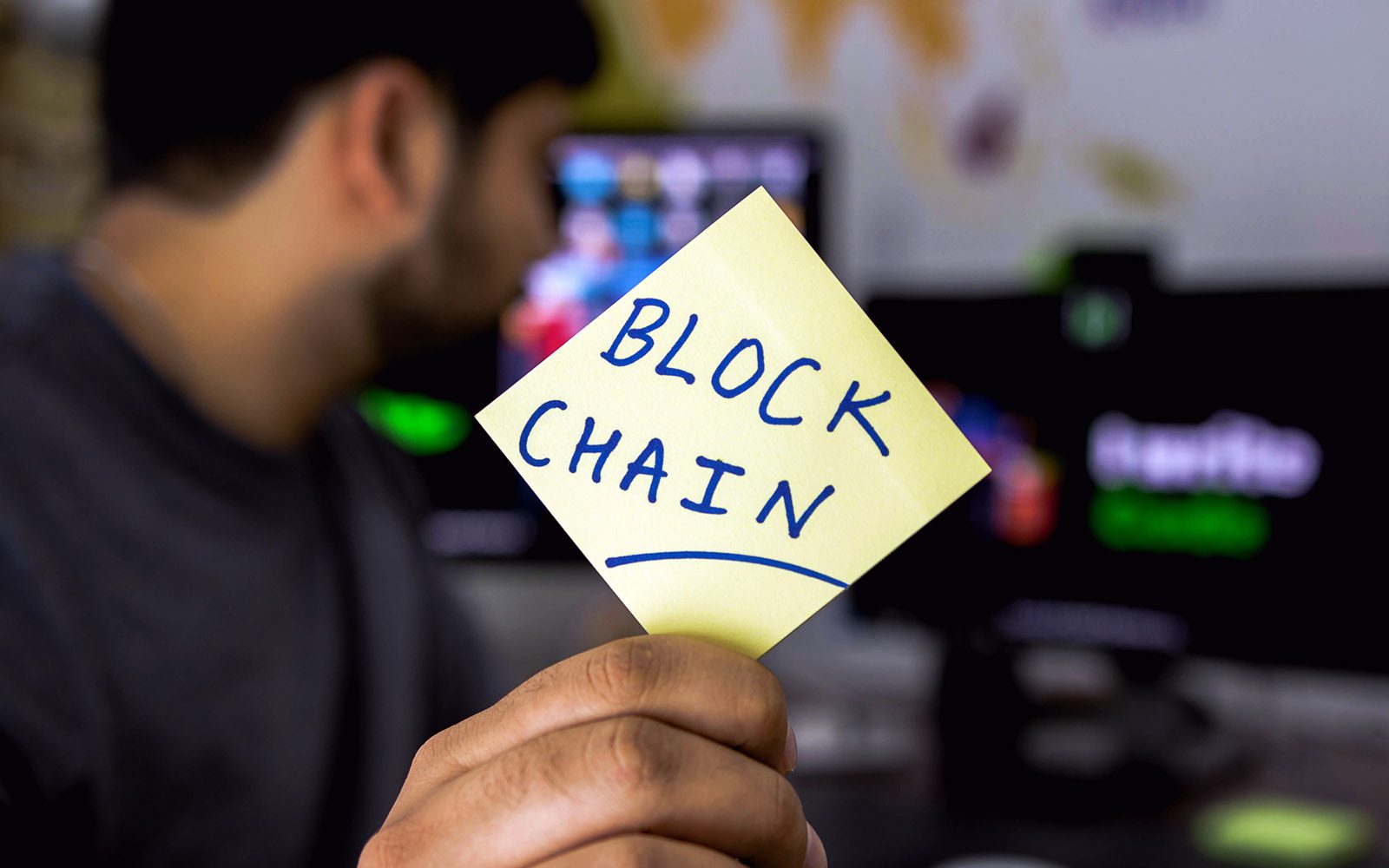 Written by Jennifer Xue [Feature image by Hitesh
Choudhary]
Jennifer Xue is a Forbes
contributor who has written on the topic of blockchain, and she has also
authored a blockchain white paper
Imagine: you’re at a party or
dinner, or some combination of both. Suddenly, that self-proclaimed “hacker”
who loves retweeting TechCrunch articles starts veering the conversation toward
crypto. Oh boy, here we go…
He brags that blockchain will
make him multimillions one day, and you have the itch to call him out on his
BS.
There are many myths
surrounding cryptos and investing in them. In this article, we’ll provide a
base knowledge on what cryptocurrencies and blockchain are so that you can talk
about the space with accuracy.

Myth 1: Bitcoin and blockchain
are the same thing

Fact: Bitcoin is one
application of blockchain technology. There are many other ways to use this
technology. 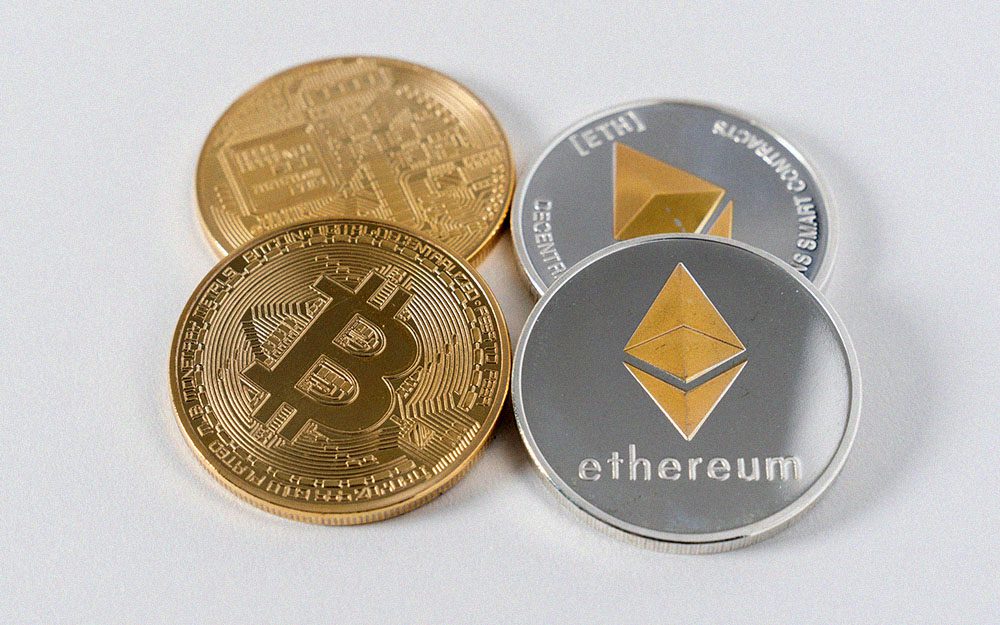 Bitcoin: a virtual currency
that only exists electronically
Blockchain: the technology
behind bitcoin. It is also the technology backbone of other cryptocurrencies,
including Ethereum, Litecoin, Ripple, and others. Blockchain itself is not a
currency.
Fiat Currency vs
Cryptocurrency:
Fiat currency, according to
The Motley Fool, is legal tender whose value is backed by the government that
issued it. The Dollar, Euro, Renminbi, Rupee, and Won examples of fiat
currencies, which sovereign governments issue.
Cryptocurrency can be used to
buy and sell something, including but not limited to physical and virtual goods
and services, just like a “fiat currency.” However, it only exists
electronically. There are no paper bills or metal coins. No sovereign
governments issue or manage this currency.
Fiat currencies have existed
for centuries. And now, there are cryptocurrencies. One significant difference
between fiat currencies and cryptocurrencies: cryptocurrency is usually limited
in the total circulation.


“For instance, Bitcoin has a
limit of 21 million, and currently, there are 17 million in circulation.”
Fiat currency, on the other
hand, might be limitless. It’s based on supply and demand, as well as the
government’s need to print money. For example, a physical asset, such as gold,
does not back the US Dollar.
Cryptocurrency has intrinsic
value because, for instance, a network of computers worldwide need to mine
Bitcoin (the way people once mined for gold). Satoshi, the creator of Bitcoin,
has pre-determined the number of coins available to be mined.

The Birth of Bitcoin: 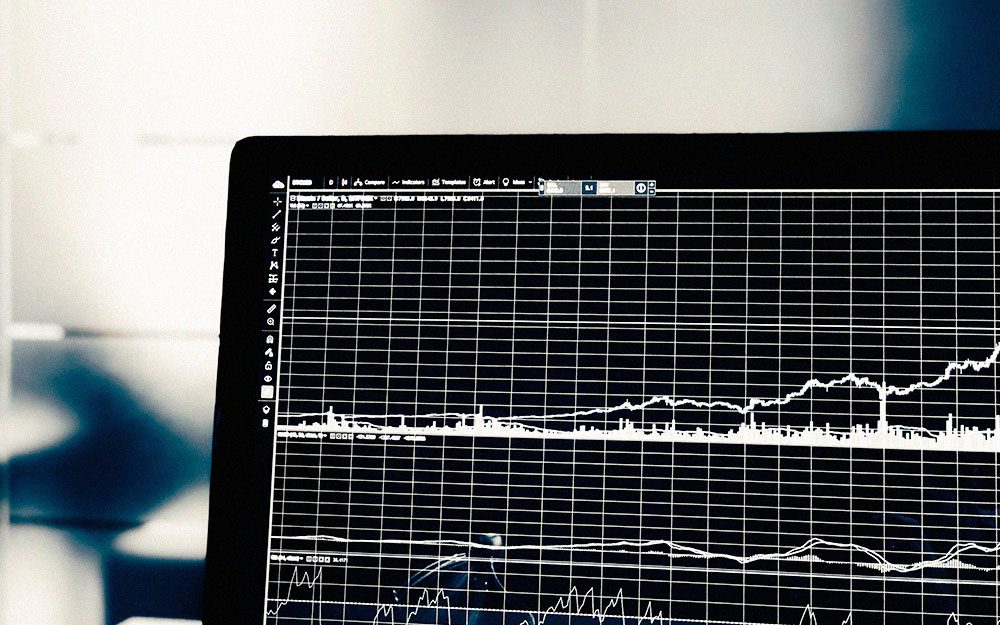 Bitcoin was first introduced
to the world in 2008 by Satoshi Nakamoto. He authored a white paper about
bitcoin on the cryptography mailing list at Metzdowd.com. This is a mailing list
for developers of encryption technology, including cryptography.
Satoshi may or may not be an
actual person’s name, so let’s not dwell on who he is and what he does. The
point is Bitcoin, which uses blockchain technology, is relatively new, and it
came about as a response to the 2008 economic crash. After the crash, people’s
experienced mistrust in financial institutions.
“Thus Satoshi (or a group of
geek activists) felt the calling to save the world from future crashes with a
peer-to-peer virtual currency, which cuts out banks.”
So now you have the history of
bitcoin and what it is. And how it’s different than blockchain technology.

Sound smart by explaining:
“Blockchain technology can be
used to secure anything that requires confidentiality.”

Myth 2: Blockchain technology
is not secure and full of fraud

Fact: Blockchain technology
itself is extremely secure. However, there is a lot of fraud around selling
cryptocurrencies, which we will get to later.

Why do Bitcoin and other
cryptocurrencies rely on the blockchain technology for security and encryption?

Because blockchain technology
is tamper proof, immutable, and incorruptible, which is ideal for virtual
currencies.

“Transaction histories are
becoming more transparent through the use of blockchain technology. Because
blockchain is a type of distributed ledger, all network participants share the
same documentation as opposed to individual copies. That shared version can
only be updated through consensus, which means everyone must agree on it. To
change a single transaction record would require the alteration of all
subsequent records and the collusion of the entire network. Thus, data on a
blockchain is more accurate, consistent and transparent than when it is pushed
through paper-heavy processes.”
Basically, blockchain records
all your transactions publicly. Kinda like a shared google doc with history
turned on. But it’s even more secure than that. In order to make a single
change on a blockchain ledger, everyone on the public ledger would have to agree
to the change.
“A single change takes an
entire group. This prevents the possibility of fraud by an individual.”

Sound smart by explaining:
Myth 3: Bitcoin is a risk-free
investment and investors can become rich overnight

Fact: Absolutely not. Like all
investments, it involves risks. 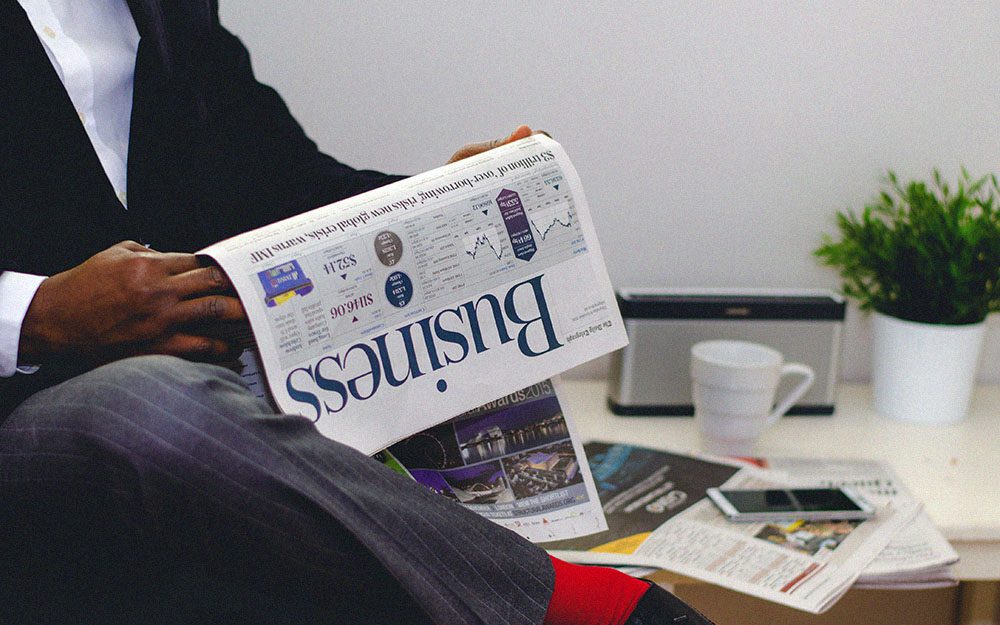 You’ve probably read about the
volatility of cryptocurrencies. The value of some cryptocurrencies skyrocketed
overnight, making owners rich in an instant. But recently, Bitcoin has lost a
lot of its value.
“Like investing stocks,
investing in cryptocurrency involves risks.”

Fact: Cryptocurrencies are
legal in the USA and in other countries. However, some U.S. states have their
own detailed taxation and investment provisions. 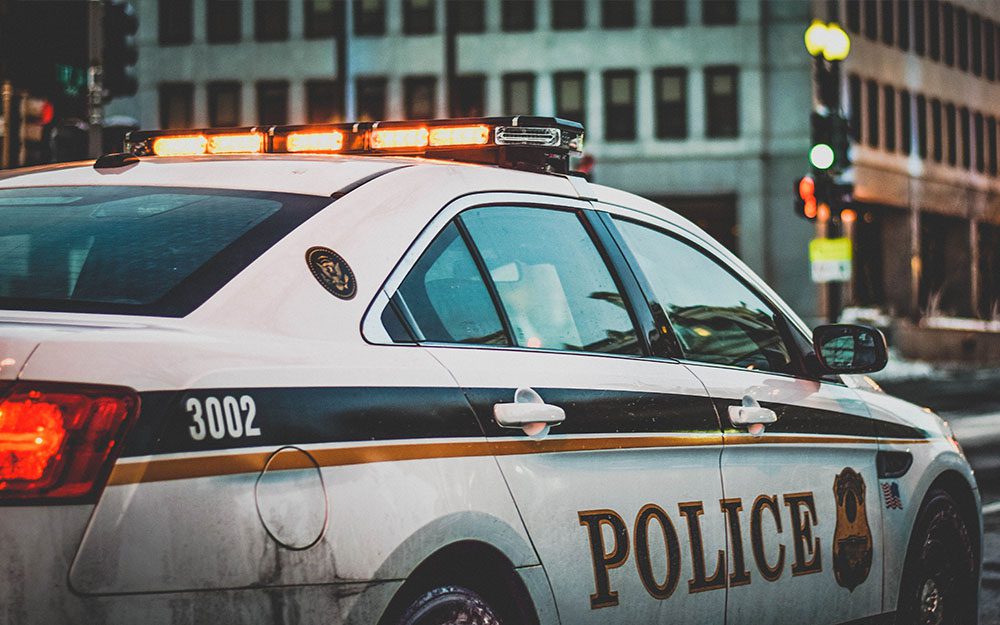 What bodies legalize
cryptocurrencies?
In the USA, cryptocurrencies
are legal tender in individual states. However, the Federal Department of
Treasury categorizes them “not as legal tender.”
In 2013, the federal
government accepted Bitcoin as a decentralized virtual currency used for
transactions. And it was classified as a commodity by CFTC in 2015.

Fact: There is no good timing.
Just do your due diligence well and decide whenever you’re ready. 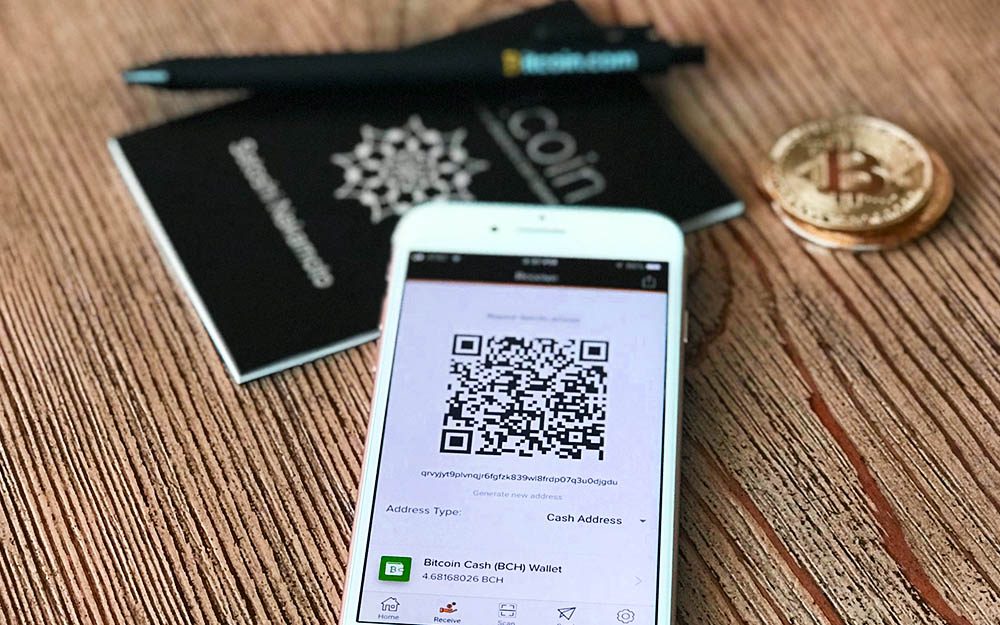 What are popular
cryptocurrencies?

In general, there are 6 major
cryptocurrencies: Bitcoin (BTC), Litecoin (LTC), Ethereum (ETH), Ripple (XRP),
Bitcoin Cash, and Ethereum Classic. They are big players in the crypto world,
but there are also hundreds of other currencies that are much more volatile and
risky.

One shouldn’t confuse
cryptocurrencies with coins. In the blockchain domain, there are blockchain-based
coins, called “coins” or “ICO coins.” Just because an entity has “coin” in its
title doesn’t mean it’s a cryptocurrency like Bitcoin and Litecoin.

A “coin” is an ownership stake
in a blockchain-based business, and the fundraising event is called ICO or
Initial Coin Offering. This coin serves as a “stock” or “share” in a regular
company. One might also use this “stock” in exchange for other
cryptocurrencies.

It’s wise to proceed with
caution.
“‘Caveat emptor’ is the
principle that a buyer alone is responsible for checking the quality and
suitability of goods before a purchase is made.”
This applies to all
investments. Make sure you understand the business philosophy, the solutions
provided, the management team, and the history of past success. However,
remember that past favorable performance isn’t a guarantee of future success.
In conclusion, investing in
cryptocurrencies can be a roller coaster since we’re still in the early stage
of the blockchain revolution. Just make sure to diligently research what you’re
getting into and discern the myths from the facts.
What goes up must come down
and frequently. So whether you’re considering to invest yourself, or you’d just
like to poke at someone’s overinflated ego with a swift fact, proceed with
stealth.
Jennifer Xue is an
award-winning author with bylines in Forbes, Fortune, Cosmopolitan, and
Esquire.

HOW TO BE LUCKY (SEASON FOUR)

HOW TO BE LUCKY