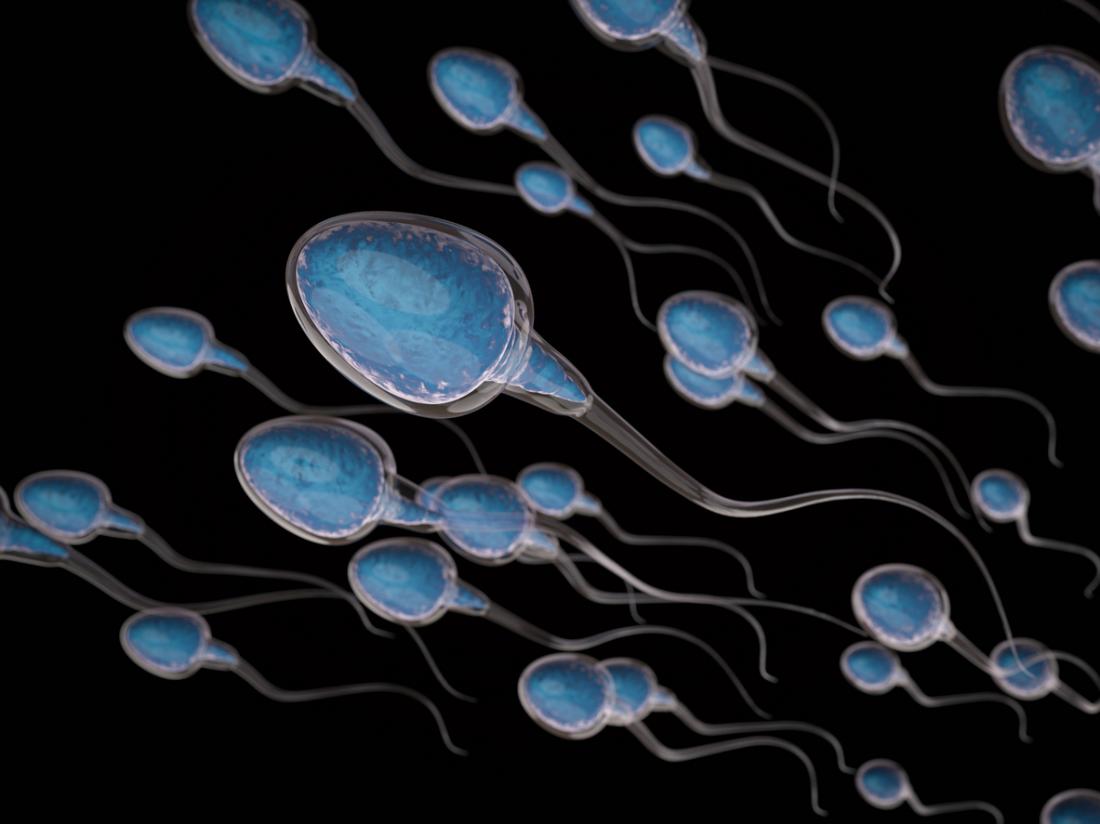 By Jennifer Huizen
Reviewed by Janet Brito, PhD, LCSW, CST
Sperm
morphology refers to the size and shape of individual sperm. It is one of, but
by no means the only, contributing factor to male fertility.

What
is sperm morphology?

Not
all of an individual’s sperm look exactly alike. Abnormalities in sperm size
and shape can occur in the head, midpiece, or tail.
In
some cases, these mutations or changes do not impact the sperm’s overall
functionality. In other situations, the sperm may not be able to move properly
or quickly enough to reach, puncture, or enter the egg’s membrane.
Doctors
usually assess sperm morphology during a general semen analysis or fertility
test. On its own, an abnormal or low sperm morphology score is typically not an
indication of infertility.

Sperm
morphology tests examine semen samples under a microscope and calculate the
percentage of sperm with a normal form (NF) in the total sample.
Requirements
for a normally formed sperm include:
Lab
technicians usually process sperm morphology tests by putting a small portion
of the semen on a glass slide, letting it air dry, and then staining it with a
dye that makes individual sperm easier to see under the microscope.
Technicians
typically calculate the percentage of NF sperm out of 200 or more sperm in one
segment of the sample.
Sperm
morphology tests can also be assessed using image analysis technology, such as
a computer-aided sperm morphometric assessment (CASA).
According
to the World Health Organization, computer based tests are more precise and
reliable than manual tests because of the removed risk of human error.
One
round of testing is not enough to fully assess semen or sperm quality.
There
is a high level of variation between different people, as well as between
samples from the same individual. Factors such as human error, contamination,
mislabeling, and time before processing also make multiple tests necessary.
It
typically takes three or more tests that produce the same or similar results to
confirm qualities such as morphology, vitality, and mobility.

What
do test results mean?

Having
a large number of abnormally formed sperm in a sample and a low NF score are
signs of a condition called teratozoospermia.
The
precise range can vary, but typically a normal or healthy sperm morphology range
is between 4 and 14 percent NF. A score below 4 percent may mean it takes
longer than normal to achieve pregnancy.
A
result of 0 percent NF usually means in vitro fertilization (IVF) may be
necessary for conception. IVF involves the collection of an egg and sperm
sample to be combined in a petri dish in the hopes of fertilization.
The
criteria for sperm morphology was developed less than a decade ago, so there
are still a lot of discrepancies in how the test is conducted and results
interpreted.
It
is also important to remember that sperm that is abnormal in size or shape
usually still carries healthy genetic material. Many fertile men have a high
percentage of abnormal sperm.
Most
of the studies that have found a link between low sperm morphology scores and
reduced fertility rates used IVF subjects and settings.
A
man whose NF is score below 4 percent should talk to his doctor to rule out the
potential for complications and additional health conditions.
Doctors
specializing in male infertility may help identify a cause for abnormal
morphology rates, and in some cases, recommend a course of treatment to improve
sperm quality.
Other
fertility factors
Sperm
morphology tests are only one component of a general semen analysis.
Different
laboratories, medical practices, and doctors may include different processes as
part of their sperm analysis testing.
Other
factors and hormones levels typically assessed during semen analysis include:
The
presence of additional body cells in semen, such as epithelial cells (cells
from the male ducts), immune cells such as leukocytes (white blood cells), and
macrophages (scavenger immune cells) may also be assessed.

The
exact role and influence of sperm morphology on fertility is controversial. The
specific requirements for what doctors consider a normal sperm form also vary.
Traditionally,
if a man had low sperm morphology scores, doctors would likely use assisted
reproductive technologies.
Doctors
also thought that low sperm morphology scores also caused a decrease in overall
semen quality and an increase in sperm damage.
Increasingly,
researchers are finding that morphology may not play as much of a role in
infertility as once thought.
A
2017 study found that men with 0 percent NF scores were capable of near normal
fertility rates. Research has also found that IVF therapies are often
ineffective in males with lower than 4 percent NF.
Recently
developed DNA tests are considered by many researchers and doctors to be a
better indicator of infertility and semen quality than a general semen analysis
test.
Some
of the newer DNA tests available to assess the quality of semen include:
If
assisted technologies are used, intracytoplasmic sperm injection, ICSI, where a
normal sperm is isolated from a semen sample and injected into an egg, may be a
good option for men with low morphology scores.
SOURCE: MEDICAL NEWS TODAY