After searching for a job for two years, without getting any. Tina, a 31years old lady finally got an opportunity to work with an oil firm in her state with the help of a friend.  On her way to work that fateful Wednesday morning, a car stopped right in front of her.

“Good morning pretty lady, can I give you a lift if you wouldn’t mind” Tolu, the driver asked with a smile.

“Em em, I don’t think you are going towards my direction” she stammered with a frightened face.

“I don’t mind dropping you, dear” He insisted.

“Alright” as she sluggishly opens the door to enter and immediately, he zoomed off.

‘Wow, I’m the luckiest woman today. I have finally found my Mr. Right. This guy is very handsome and rich I am beginning to love him.’ She said to herself.

“You said what?” Tolu asked.

“Nothing” she replied with a smile. Before now, Tina suffered failed relationships in the past few years, she always loves at first sight. Will She experience the same with Tolu the new guy? Let’s find out.

A few minutes later, Tolu cleared his throat to speak up. “What’s your name pretty lady?” he asked with a smile.

“I’m Tina” she answered as she looked straight into his eyes with a smile. Tolu couldn’t resist the look, he smiled back.

“Nice name” He replied. “Where do you work?” he asked again.

“I work with Sagon Oil and Gas, along East/West road.” She smiles again as she brought her body closer to him.

“Can I pick you up after closing hour?” He pleads with a smile.

“Ok, that will be nice” She laughed. ‘He is beginning to fall in love, I got him’ she said to herself with a smile.

Ten minutes later, he got to her office. “Here” she pointed her right hand to direct.  Tina was about opening the door to leave when Tolu held her left hand, “Can I get your contact please?” Tolu pleaded as he handed over his phone to her.

“Ohhh, alright” as she happily collected to dial her number.

“Alright, waiting to hear from you soon.” As she drops down from his car. She waved him as he turned to leave. “I found him today” as she walked into the canteen to have lunch with her friend Jane.

“You found who?” she asked with a surprised look.

“My Mr. Right,” she answered joyfully.  Tina narrated everything that happened that morning to her colleague. From the look, to the smile, to the contact.

“Better be careful Tina so you don’t fall victim again.” She warned.

“Victim of what?” Tina asked with an angry look. “Heartbreak? Nah!!! Please wish me well first.” As she walked out on her friend.

At exactly 6:30pm, Tolu called to remind her of their date. “He just called now,” she whispered with a smile to Jane as she rushed out.

“I will, thanks” as she shut the door against her.

“Sorry I’m a bit late, the traffic jam was hell” she pleaded.

“It’s fine baby” he replied with a smile as he ordered for food and drinks. After taking their food, Tolu broke the silence as he handed over his plate to the waiter.

“Do you know you are beautiful?” He asked Tina with a smile.

“Can we be friends?”

8 months later, both of them went to the same hotel to eat. They sit to eat as usual but this time around there was a cake on the dining table neatly wrapped where they sat.

“Is today your birthday?” She asked with a curious look.

“No” he replied smiling.

“Who owns the cake then?”

Tolu cleared his throat to speak up. “You know we have been dating for the past few months now? It’s time to make the right move. Will you marry me?” As he knelt down with a box of ring in his hands.

Immediately, he put the ring on her left hand as they both took pictures with his friends that came around to watch.

Two weeks to their traditional marriage, Tolu changed his mind about everything. “I am no longer interested, I can’t marry you,” he said in a low voice as they both walked into his apartment.

“Why what have I done she managed to ask” as tears dropped down her eyes. 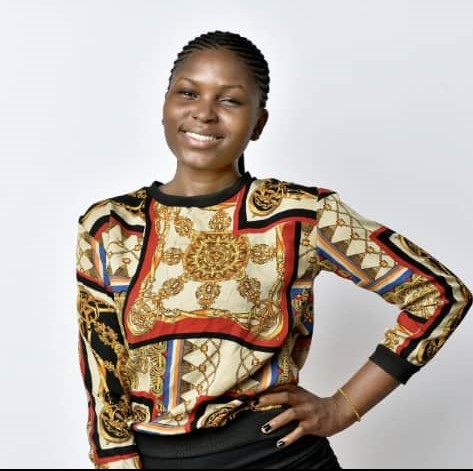 HOPE IDADA AYOMEPOSI is a native of Delta state. She is a Content Creator, Storyteller, and a Social Media Manager. She exists to help individuals discover their true self, by developing their potentials and leaving them a better person than she met them. Follow her on Instagram.

Idada Hope
View More Posts
HOPE IDADA AYOMEPOSI is a native of Delta state. She is a Content Creator, Storyteller, and a Social Media Manager. She exists to help individuals discover their true self, by developing their potentials and leaving them a better person than she met them. Follow her on Instagram.
Writer/Author/Content Creator