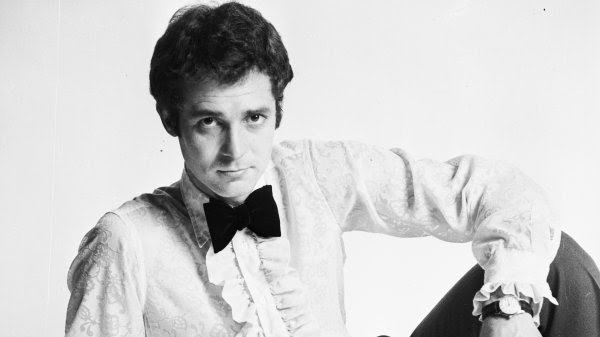 It’s hard to believe just how long ago the 1960s were. Fifty years might not be a long time from a historical perspective, but to mere mortals, it’s a significant chunk of time. The world was a completely different place 50 years ago. In many ways, it was a simpler era. Smartphones and the internet had yet to take over our lives. Space exploration was still a fairly new field.

In other ways, however, things were a lot scarier. The United States was in a state of political and social upheaval, and the Cold War was in full swing. The men’s fashions of the time reflected some of this unrest. The time period was a huge turning point in history, which saw many people looking to flout tradition. While there were women who still clung to societal norms, others were looking to defy authority and were looking for men who did the same. From traditional values to hippies embracing free love, these are some of the most surprising things women found attractive 50 years ago.

A slim waist and no muscles characterized the ideal male body 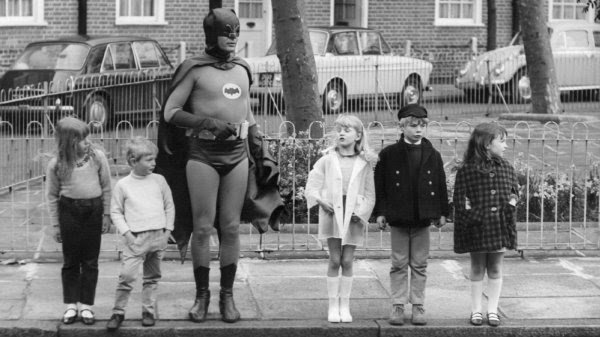 To see how much the ideal male body type has changed since the 1960s, we need look no further than the evolution of the superhero. In 1966, actor Adam West took on the iconic character of Batman. West’s physique was sturdy and strong, but lacked the rippling muscles we often associate with superheroes today. “His simple gray and black outfit only heightened how ordinary his physique was for a man regularly tasked with saving an entire city,” wrote The Atlantic. In spite of his “ordinary” body, West became an overnight sex symbol.

Contrast this with the superheroes of today, who typically “come with an action-ready six-pack.” Modern heartthrob Ben Affleck’s portrayal of Batman is a far cry from West’s. Affleck underwent a rigorous fitness regimen in order to bulk up for the role. “We wanted him to look like a thick MMA heavyweight puncher,” his trainer, Walter Norton Jr., told Men’s Journal.

Afros made a political statement 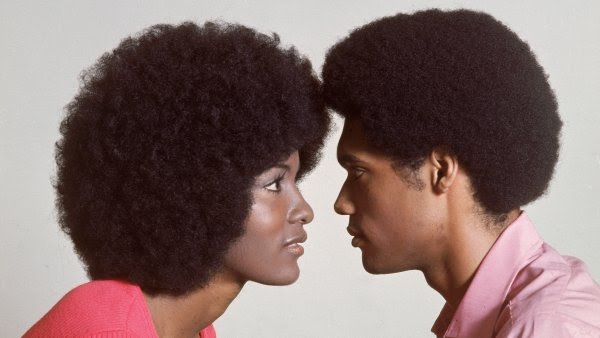 To forward-thinking women of the late 1960s, the Afro was far more than a hairstyle. Men sporting the haircut also embodied the progress of the decade. By the end of the 1960s, the civil rights movement had significantly improved rights for African-Americans and other minorities in the United States. Prior to the 1960s, it was common for African-Americans to either straighten their hair or keep it cropped short. Activist Dr. Martin Luther King Jr. believed that by sporting more conservative hairstyles that were worn by white people, they would have a better shot at making their case for the civil rights movement. This didn’t sit well with many young people who began to grow their hair out as a statement against King’s passive tactics.

“The Afro was Black beauty personified without White validation, and it did not care about critics,” Chad Dion Lassiter, president of the Black Men at Penn School of Social Work, Inc. at the University of Pennsylvania School of Social Policy and Practice told Ebony. “For many Black men, it was about cool pose and hyper-masculinity in the face of police brutality and constant oppression.

Long hair symbolized the rebellion of the late 1960s 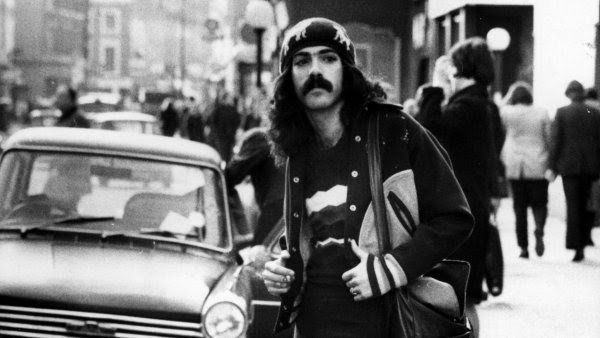 The Afro wasn’t the only hairstyle that sprouted as a sign of rebellion in the 1960s. Long, straight hair also became a symbol of the counterculture and was a fashion that was adopted by free-loving hippies. The hippie movement was a rebellion against conformity. While growing hair long was a more radical move for men than it was for women, the hairstyle was a symbol of freedom and modernism among both genders.
Long hair also helped women weed out the dating field as it separated those looking to rebel in this time of social upheaval from those looking to stick to the status quo. “Many men adopted the new long hair or natural hairstyles to make a political and/or social statement, whereas other men kept their hair in short styles to show that they were more traditional and conservative,” wrote Victoria Sherrow in Encyclopedia of Hair: A Cultural History.

The British Invasion sparked a love for British men 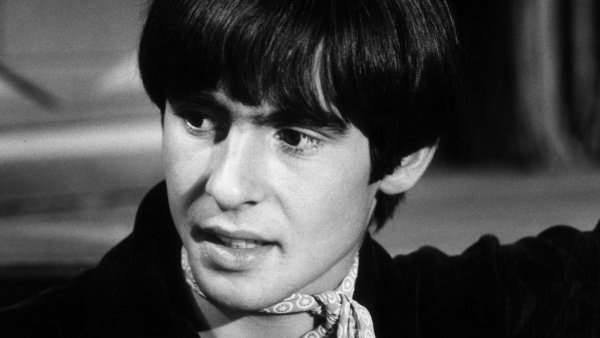 In 1964, the Beatles arrived in America for the first time. Life (via Rolling Stone) wrote: “In [1776] England lost her American colonies. Last week the Beatles took them back.” Women in particular went wild for John, Paul, George, and Ringo, falling in love with the long-haired lads from Liverpool and ushering in a wave of “Beatlemania” that led to a bigger obsession for British boys. The Beatles were just the first of what would becoming a huge wave of British musical groups ruling the radio. Following in the Beatles footsteps were other now-iconic groups including the Rolling Stones, the Animals, and the Kinks.

In an attempt to compete with these British groups, an American band with a similar sound was formed. Even the Monkees, as the group was called, didn’t dare rock the boat too much, however. Their lead singer, Davy Jones, was from England. Not surprisingly, Jones became an instant sensation who made teenage girls swoon.

Androgynous styles were in vogue for men and women Part of the reason that women were so enamored with the Beatles was their pageboy haircuts. Their longer locks challenged conservative gender norms, and women couldn’t get enough. The gender-bending look was subtle, but it was daring enough to draw the attention of women who were also asserting their independence and looking to upend convention.

It wasn’t just the Beatles embracing androgyny; as the decade progressed, more and more men were choosing gender neutral styles over the standard suit and tie look. David Bowie, another 1960s icon, helped gender neutral clothing gain popularity, and the singer is still remembered for his diverse — and sometimes flamboyant — costumes. Androgynous looks also caught on with women, blurring the line between male and female stereotypes.

“It’s not just the way we look; the whole male-female relationship is confused,” wrote Everett Mattlin in the Chicago Tribune in 1968 (via PBS). “In novels, plays, movies, TV — all, presumably, reflecting life itself — men are weak, fumbling, impotent, while women are strong, decisive, domineering… All is topsy-turvy in a neuter world.”

Nothing was more rock and roll than guyliner 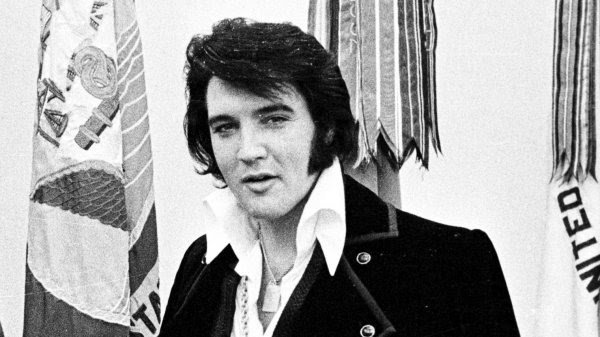 Some of the biggest sex symbols of the 1960s were rock stars. Towards the end of the decade, music was becoming edgier, and so was the look of music’s biggest icons. One of the most notorious heartthrobs of the 20th century, Elvis Presley, came to prominence in the mid-1950s and was one of the first rock stars to wear eyeliner. By the late 1960s, Mick Jagger and the Rolling Stones were following suit and also wearing eyeliner. David Bowie also began to transition towards more flamboyant looks at the end of the decade, and would eventually be known for his distinctive, full-face makeup looks.

The effect of men wearing makeup wasn’t just novel, but also subversive – yet another way of upending the carefully constructed gender norms of the day. To women, rock stars were a symbol of rebellion, which only made them more appealing. The makeup-wearing rock stars of the 1960s would lay the groundwork for the glam rock movement of the 1970s, characterized by men not just wearing a bit of makeup but sometimes fully decked out in women’s clothing. 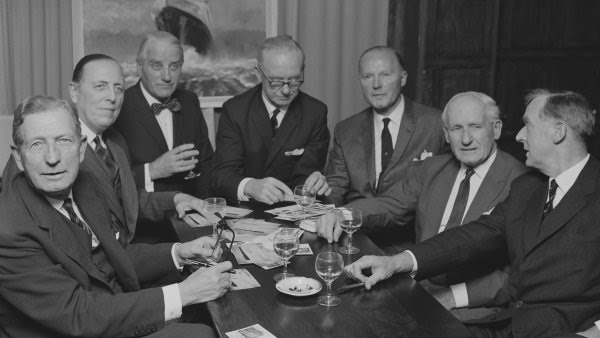 In the 1960s, men who drank heavily were considered to be not only attractive, but also the height of masculinity. “Among men, heavy drinking is often taken as a sign of virility, and the phrase, ‘Drunk as a lord,’ is a tribute,” wrote the Saturday Evening Post in 1962.

Just how much alcohol did men of the 1960s drink? The world portrayed in the 2000s AMC drama Mad Men, which featured men who worked in advertising indulging in frequent bouts of day drinking, was not far off the mark in portraying just how normalized drinking was during the era. “There was a tremendous amount of drinking,” ad executive Jerry Della Femina told USA Today (via ABC). “Three-martini lunches were the norm.”

Many men of the era were what we would now call functional alcoholics, but the free-flowing booze did nothing to diminish their attractiveness. Even modern audiences regard Don Draper, the binge-drinking main character of Mad Men, as a sex symbol. 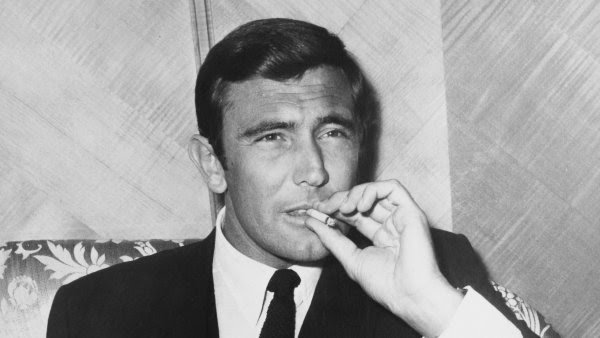 Men of the 1960s not only imbibed frequently, but they also chain smoked. “I smoked three to four packs a day,” said Della Femina. “Everybody smoked at all times in all meetings.” The dangers of smoking were well-known by the late 1960s. Medical reports linking smoking to cancer began to appear in the 1920s, and by 1950 a clear link had been established. In 1964, the Surgeon General’s Advisory Committee on Smoking and Health made its first report warning the public of the hazards of cigarette smoke.

In spite of this, cigarette smoking was viewed as glamorous and manly, and cigarette ads of the time reinforced the idea of smoking as a sign of masculinity. In the 1960s, the ads began to feature rugged outdoorsmen who exuded strength. The Marlboro Man ad campaign was one of the most well known of these ad campaigns, and exhibited an idealized man who was sexy, strong, and smoked. “[The Marlboro Man] epitomized resilience, self-sufficiency, independence and free enterprise,” wrote The Economist. Part role model and part sex symbol, the Marlboro Man represented the kind of man men wanted to be, and women wanted to be with. 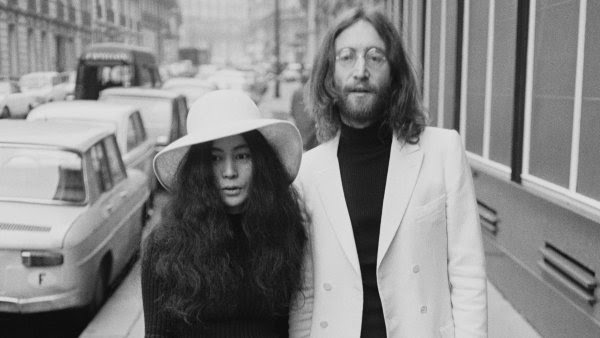 Not all men grew facial hair in the late 1960s, but the grooviest dudes often sported some fuzz. Beards and mustaches were another way that men of the time could defy the clean-cut look of their more conservative counterparts. Beards were an all-but-dead trend in the 1950s, but the hippie culture of the late 1960s revived facial hair as an attractive accessory that appealed to the women of the counterculture.

Facial hair was part fashion statement, and part efficiency, although not everyone described it so charitably. “Hippie beards… were borne of a combination of laziness, a desire for whimsy over military neatness, and a penchant for all things natural,” wrote Carles Sune and Alfonso Casas in This Bearded Life. The hippie beard might have been enticing to female hippies, but the look was not well received by the more traditional minds of the time who viewed it as unkempt and distasteful. One person who wasn’t on board with hippies was then-governor of California and future president Ronald Reagan who said that hippies “looked like Tarzan, walked like Jane, and smelled like Cheetah.”

Toxic masculinity was the norm and a sign of strength 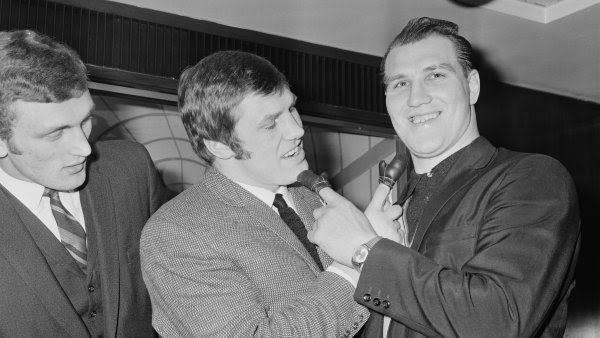 The hippie movement may have been a prominent countercultural revolution, but not everyone followed its mantra of peace, love, and equality. The U.S. was moving towards a more egalitarian society in the late 1960s, especially in terms of gender equality. While a lot of men were on board with these changes, many men (and some women) weren’t happy with long held gender norms being challenged. There were still women who believed in traditional gender roles where men were the head of the household. To them, male dominance was viewed not just as natural but also desirable, and they sought out men who shared their values.

By the early 1970s, the backlash towards feminism would result in organized anti-feminist movements. These movements attracted men and women who wanted to uphold conservative gender roles. In a time when women were marching for equal rights, others were blaming feminism for leading women “astray” and distracting them from fulfilling their “duties” as wives and mothers.