THE CHALLENGES OF THE
AFRICAN CHILD: NIGERIA AS A CASE STUDY 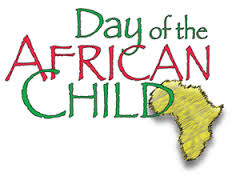 Sheyi is barely six years old, yet he has to
contribute something to improve the fortunes of the family, he hawks plantain
every morning before going to school and he continues in the evening, he sells
bottled drinks with snacks at Berger bus park just to complement the little
pittance his parents earns. Sheyi’s story is a common one, these are situations
we are confronted with on a daily basis, you will always see child laborers,
child hawkers, child beggars, child conductors and even child agberoes in
every nook and cranny of our metropolises and you would be forced to wonder if
it is as bad as it is made to seem.  In
rural areas, children, especially girls, start work at 5 or 6 years of age.

Today, 16th of June is
the International day of the African Child and the bitter truth is that
the African child is the most shortchanged in the world. In subsequent
paragraphs, I would examine the challenges children from the black man
continent are faced with using Nigeria as a reference point.
Nigeria is the most populated
country in Africa, this writer’s country of birth and the worst place to be
born but ironically, the country is equally the highest exporter of crude on
the continent which makes her the best example. According to a UNICEF survey,
45% of the country’s total population is below the age of 15 which implies that
about 66,484,000 people are within age 15 or below. This astonishing figure
should be a reference point for the country’s administrators because this age
group is what we generally refer to as leaders of tomorrow. Hence, they
should be given utmost consideration when decisions are taken but, is that the
case? 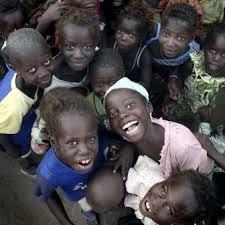 The first and most vital
need of every child is Healthcare, this should be provided at no cost but the
Nigerian child does not have or has limited access to this. According to
statistical figures, Nigeria is the country with the highest maternal mortality
rate in the world. Below is the list of some strange but true facts about the
situation of things in the country:

Ø The maternal mortality
rate in Nigeria is 1,100 per 100,000 live births
Ø Only 35% of birth are
attended by a skilled health personnel
Ø Infant Mortality rate is
presently 75 per 1,000 live births
Ø Child mortality rate
under age 5 is 133 per 1,000 children
Ø 27% of children under the
age of 5 are underweight
Ø 38% children have had
their growth stunted
Second on my list is
Education, the provision of qualitative and quantitative education in Nigeria
still reminds a mirage, government at all levels has failed in this regard. A
report by the United Nations Educational, Scientific and Cultural Organization
(UNESCO) ranked Nigeria first among the nations where large populations of
schoolchildren are not in the classrooms, the report shows that one out of
every five children in Nigeria is out of school. The statement said that new
statistics showed that 57 million children were out of school globally in 2011
and about 20% of these deprived kids are Nigerians with approximately
10.5million Nigerian children out of school and one is forced to wonder where
these high budgetary allocations end up. Nigeria’s 2014 budget proposal for
education was #493million, representing 10.7% of the total budget proposal of
#4.6billion and it also amounts to a 15% increase over 2013 budget. However,
the need to ensure that these budgeted funds get to the end users is imperative
because this constant and commendable rise in budgetary allocations is not in
tandem with the continuous fall in the standard of education.
In Nigeria, officials
routinely steal funds appropriated for building classrooms, buying textbooks
and implementing programs that should bring more children to school.
Recently, some officials were indicted for stealing funds released to the
nomadic education responsibility of getting fulani herdsman to enroll their kids
in school. 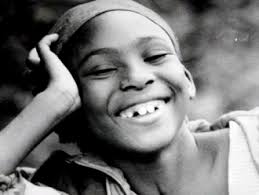 Domestic Abuse – Domestic abuse which
include but not limited to physical, sexual, emotional and physiological forms
of abuse is rampant in Africa. African parents are guilty of these offence but
physical abuse is the highest, the barbaric believe that a child needs to be
spanked in other to correct his wrongdoings is domiciled in the average African
parent. “Spear the rod and spoil the child”, right? Well, the truth that we all have
to accept is the unarguable fact that, lately, the rod has not been
enough to correct and modify the characters of the child. Most of the
children with this rough mode of upbringing have in most cases turned out to be
hardened criminals with little or no sympathy at all. That is the sad truth.

Apparently, Rape cases in
Nigeria is alarming and the most painful part is that most of these horrible
incidents are not reported because of fear of stigmatization and the negative
effects of unnecessary publicity, the menace has only continue to increase, the
victims are helpless in this regard because most of these predators are family
relatives, neighbors or close friends whom the parents regard highly
trustworthy. According to dependable statistics, 23% of children below the age
of 15 have at a point being sexually abused by a trusted family friend or
relative.

Deprivation is another
issue that needs to be urgently tackled, there are certain necessities of life
that most children from our continent do not have, the advent of technology has
made the world a global village and the whole world is just a click away but
the story is not the same in this part of the world; computers, phones,
cameras, tablets and other every day gadgets are still alienated from many
because of the disparity in standard of living caused by the uneven
distribution of income.
The percentage of
population living below the poverty line of $1 per day is 70.2%. This means
that more than 70% per cent of the 160million Nigerians are extremely poor.
From the provision of a conducive and befitting shelter, to the provision of
food at affordable prices that would benefit the teeming Nigeria population,
subsequent administrations have failed the Nigerian child. Poverty has ravaged
the land to the extend that trivial things that should not ordinarily matter
are used as a yardstick to differentiate between the rich and the poor. A very
funny example is bottled and sachet water. You know what i mean, don’t you?

Lastly, security – the
recent kidnap of secondary school girls in chibok, Borno state has exposed the
comatose in the Nigerian security situation. On Monday April 14th, the Boko
Haram insurgents kidnapped about 274 students from the Government Secondary
school, Chibok and till this present moment they are nowhere to be found.

If the situation is to be
improved on, the government, parents, NGOs and international organisations like
the UN, UNESCO, Amnesty International among others have to ensure that
efforts are channeled forwards ensuring the fate of the African child is not
tampered on.
The Government has the
most important role to play, the present situation of things in the country is
partly because of negligence and the nonchalant attitude of political office
holders. The government needs to provide the following to make the life of the
Nigerian child more meaningful.
i.
Provision of adequate security.
ii.
Provision of equitable access to health and quantitative
education.
iii.
Provision of legislations that would soften the plight of
children from this part of the world.
Parents are also guilty
of neglect as the government is, the average Nigerian parent believes that
money and material things super-cedes all forgetting that adequate love, care
and attention are equally needed to nurture the child to greater heights.

Conclusively, the
international day of the African child is a day set aside by the United Nations
to ensure that children born into the world through this continent are given
almost the same preferential treatment like their counterparts outside of it and
these years’ edition could not have come at a better time, the kidnapped
secondary school girls are still in the grip of Boko Haram extremists and most
of what make the rounds are gory stories of the inhumane treatments melted at
them in the den of these fanatics. All we are saying is:

#BRING BACK OUR GIRLS 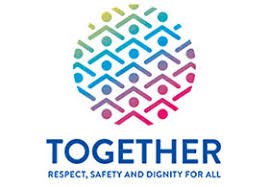