The Personality Disorder Linked To Social Media Use 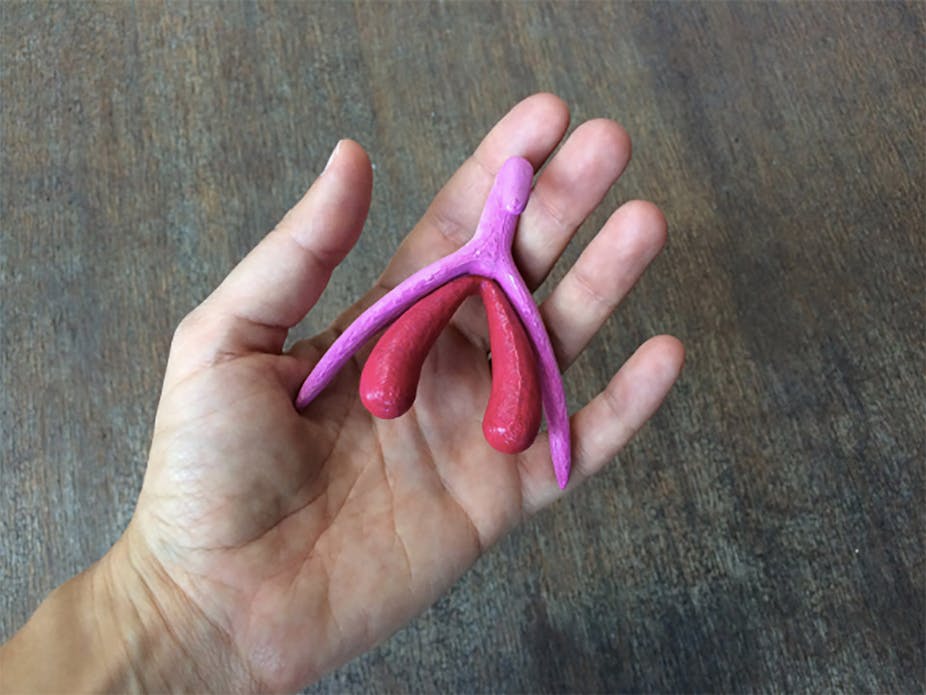 That most elusive part of the female anatomy: the clitoris. What is it, where is it located, and what does it do? How did it develop, and why don’t we hear much about it? We answer all these questions and more in this Spotlight.
The clitoris has long been misrepresented and misunderstood, and even now, it still holds some riddles that science is yet to solve.

All female mammals — and some female birds and reptiles — have a clitoris (or two, as is the case with snakes).

However, it is not clear if or how many of them also orgasm thanks to this organ.

In humans, the clitoris has been firmly tied to sexual pleasure, though whether it plays any other role is still a matter for debate.

Despite approximately half the world’s population being born with a clitoris, this sexual organ is not talked about very much, and, until very recently, even the information that we might have found about it in textbooks was incorrect or misleading.

So, what is there to know about this elusive organ, and why are we still struggling to understand it? Read on to find out.

The nature of the clitoris can be found in the name itself; “clitoris” comes from the Ancient Greek word “kleitoris,” meaning “little hill,” and which itself may also be related to the word “kleis,” meaning “key.”

Although this organ may be the key that unlocks female sexual pleasure, it is not just a “little hill,” as it has long been believed.

In fact, the little hill (protected by a cloak of skin, or the “clitoral hood,” which is found over the urethral opening) is just the tip of the much larger organ that is the clitoris.

That tip, called the clitoral gland, is the most readily visible part of this genital organ.

Yet the entire organ extends much farther than that, and this notion was initially brought to public attention only a few years ago by researcher Dr. Helen O’Connell.

“The vaginal wall is, in fact, the clitoris. If you lift the skin off the vagina on the side walls, you get the bulbs of the clitoris — triangular, crescental masses of erectile tissue,” Dr. O’Connell explained in an interview with the BBC in 2006.

The clitoris has three major components:
In its entirety, the clitoris may reach as many as 7 centimeters in length, if not longer, and the glans makes up about 4–7 millimeters of the whole.

The glans is also the part that is richest in free nerve endings, thus providing the most sensation.

Due to its high level of sensitivity, the clitoris is usually the main player when it comes to the female orgasm.

Popular culture and pornographic material often tend to depict the female orgasm as something usually achievable solely through penetration, but science tells a different story altogether.

Most women, researchers have found, will only achieve orgasm when the clitoris — or, more specifically, the glans clitoris — is also stimulated.

In fact, recent studies suggest that women who experience the less common, and sometimes more controversial types of orgasm — vaginal orgasm due to penetration, or vaginal orgasm through G spot stimulation — may actually have clitoral stimulation to thank.

The clitoris has also sometimes been seen as a female penis, largely due to a phenomenon that we may refer to as “biological homology,” which refers to the fact that all fetuses are born, as Emily Nagoski puts it, with “all the same part, organized in different ways.”

This is also why men — who, unlike women, will not need, or be able, to express milk and breast-feed babies — have nipples.

They still develop nipples, however, because they — like pretty much all body parts — are preprogrammed in the earliest stages of embryonic development.

In other words, men and women actually mirror each other physiologically to a very great extent.

And this is how the clitoris develops; it and the penis are homologues. Nagoski explains how this happens during very early development in the womb.

“About 6 weeks after the fertilized egg implants in the uterus, there is a wash of masculinizing hormones,” she writes.

According to Nagoski, the female orgasm is a “byproduct” of biological homology, and so it should be celebrated as a fantastic bonus.

“Male ejaculation, with its close tie to orgasm, is crucial to reproduction,” she explains. “As a result, orgasm is embedded on female sexual hardware, too.”

But some researchers believe that the female orgasm may not always have been “a bonus.”

For instance, the authors of an article that was published in 2016 in the journal JEZ-B Molecular and Developmental Evolution found that immediately after orgasming, women experience a hormonal surge that, in the modern human, has the effect of improving the mood.

In humans, ovulation is a spontaneous event, independent from intercourse. But the authors of the aforementioned study hypothesize that, at some point in our evolutionary past, we may well have functioned like other mammals, and female orgasm may have stimulated the release of ovules.

Now, orgasm has persisted as a pleasurable evolutionary legacy, without the reproductive association.

5. Why is the clitoris so taboo?

But why has it taken so long for scientists to start taking more of an interest in the clitoris, and why is it that someone only took the initiative to scan the clitoris and produce an accurate representation of it in 2009?

In an article published in the journal Sex Roles in 2000, researchers Shirley Mattel Ogletree and Harvey J. Ginsburg write that the clitoris had been shrouded in secrecy.

Nobody liked to talk about it, and the problem, the investigators suggested, started in the home.

They write, “[B]ecause the clitoris’s only function is for sexual pleasure, parents have no […] reason to discuss the clitoris.”

More shockingly, though, they found, “Even ‘experts’ providing advice to parents have used terms other than clitoris” when discussing the importance of female genitalia.

In a culture that has focused on the importance of reproduction to the detriment of enjoyment, the clitoris has lain forgotten, and the public and medical professionals alike have felt embarrassed to discuss and pay closer attention to it.

Yet the lack of a conversation about female genitalia and female pleasure may affect the way in which women understand their sexual health, and it may even impact their sex lives.

“Reclaiming the clitoris may help women actively discover their own sexual pleasure and be more independent in the sexual choices that they make,” conclude Ogletree and Ginsburg.

We hope that this Spotlight can further the conversation about the clitoris, and that it has provided you with further insight into the wonders of female sexuality.