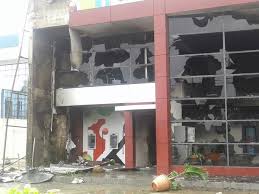 On
Wednesday, 19th July 2017, barely 24 hours after the Nelson Mandela
International day celebration
(https://shegzsablezs.blogspot.com.ng/2017/07/the-african-leadership-challenge-and.html).
A colleague – Jane showed me some pictures of the fire incident in one of our
branches – Creek Road branch, Apapa and I was extremely shocked. I saw those
pictures and I was terrified. She told me about the incident but in confusing
details. I did not have the full details of the incident until I got the mail
from Insider but I had to investigate further. I heard a fresh version on radio
on my way home from work on that particular day but I still needed more
information so I did some additional research, I also purchased a copy of the
Guardian newspaper for yesterday where I read a complete version of the
unfortunate incident.
How It Happened
Pandemonium
broke out yesterday at Creek Road in Apapa, Lagos when dozens of tanker drivers
went on rampage over the killing of one of their colleagues by a police officer
attached to a branch of Diamond Bank. It was learnt that the angry drivers
instantly set two banks ablaze. The Guardian learnt that the mobile policemen
fired shots at the tanker drivers for allegedly blocking the entrance to the
bank with their trucks. The policemen who were attached to the bank had
approached the drivers to give way for customers to come in and carry out their
businesses. When efforts to make the drivers leave the road failed, one of the
policemen shot sporadically into the air to scare them off, but one of the
expanded pellets hit one of the drivers, who bled and died on the spot before
help could come. Angered by the killing, the tanker drivers regrouped, and
after setting the bank ablaze, they also burned a branch of Sterling Bank.

Attempts
by the men of the Lagos State Fire Service, Iponri, who rushed to the scene, to
put out the raging fire was rebuffed by the tanker drivers. The firemen had to
leave the area for fear of being attacked by the tanker drivers. It took the
intervention of some soldiers deployed from the Signal Corps of the Nigerian
Army to restore sanity to the area. Their efforts were complemented by men of
the Rapid Response Squad of the Lagos State Police Command led by their
Commander, Olatunji Disu, an Assistant Commissioner of Police.

While
the soldiers tackled the situation, the policemen were on ground to prevent the
drivers and hoodlums, from further taking advantage of the situation to loot
the banks and vandalize some cars parked on their premises. Also on ground
afterwards to help put out the fire were fire servicemen from the Nigerian
Ports Authority (NPA) and NPA mobile policemen.

A
senior police officer said on the condition of anonymity: “Those tanker drivers are very irrational.
When the policemen attached to the first bank shot at them, they regrouped and
stormed the bank in anger. They were said to have first demanded that the
policeman who shot their colleague be released to them. When their demand was
not met, they took laws into their hands. They contributed fuel from their
tanks and set the bank ablaze. The entire situation caused a stampede as both
workers and bankers scrambled to escape through the back of the bank. The
drivers were still on rampage in the first bank when they heard that the killer
policeman had taken refuge in the next bank. Armed with that information, they
simply went over the said bank and carried out the same carnage, irrespective
of the presence of innocent bystanders“

Police
spokesman – Famous Cole told newsmen that six persons had been arrested over
the incident. “We have arrested six
persons, including a senior police officer who did the shooting. Eyewitnesses
at the scene are helping us in our investigation” Cole said. Navy
spokesperson in Lagos, Umar Chinwe told newsmen that his security organization
had taken control of the area. “We
have deployed our men in the place and normalcy has been restored” He
said. (Culled from The Guardian Newspaper – Thursday 20th, July 2017 – Pages 1
and 6) 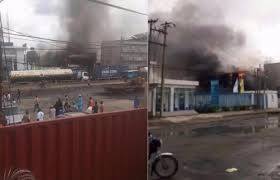 According
to the Guardian’s account of the event, there are three important parties; The
Policeman, the tanker driver and the financial institutions. In subsequent
paragraphs, I would discuss their individual and collective roles and responsibilities
in the event and offer advice on how to ensure that this kind of carnage is
forestalled in the future.

v The Policeman
– The simple truth is that the policeman shot and killed a fellow Nigerian.
Extra-judicial killings by men and women of the Nigerian security forces are
becoming unbearable. We need to remind these trigger-happy officers that they
are meant to protect the lives and properties of law abiding citizens of our
country and not to send us to our early graves with the weapons that were
brought and handed over to them with taxpayers’ money. The sad truth is that
the whole situation would have turned out differently if the police officer had
not shot and killed a fellow Nigerian over the simple issue of blocking a
bank’s entrance. I asked Mr. Moses – a driver attached to my branch this
question yesterday: “What if he did
not have a weapon on him, what would he have done differently?“

v The Tanker drivers
– If the truth is to be told, I do not support the tanker drivers’ way of
demanding for justice. We need to remind ourselves that we live in a country
governed by laws and regulations and there are certain ways of tackling issues
that would ensure nobody gets hurts and everyone gets what they want. The
destruction of properties worth millions of Naira is unjustifiable not matter
the offence because there are certain mechanisms put in place to ensure that
every aggrieved individual is given a fair hearing in a competent court of law.
I totally believe that everyone that part took in the destruction of those
properties should be made to face the full wrath of the law. This would go a
long way to curtail a future re-occurrence and would also serve as a deterrent
to others with such evil motives. We need to note that I do not in any way
support the gruesome murder of their late colleague, I only believe that issues
should be handled more responsibly.

v The Banks
– I total regret their losses and I really sympathize with them. This is not
only because I am a staff of one of the affected Banks, it is certainly
predicated on the fact that I totally condemn violence and terrorism in all its
forms. I would like to appeal to the management of this organizations and others
to ensure that staff and workers are re-oriented on the need and importance of
addressing issues with a complete sense of responsibility and reasoning. I
believe that the Policeman attached to the banks should have been given an
adequate training on what to do and what to desist from in the discharge of his
responsibilities.
Conclusively,
I also pray for the soul and family of the departed tanker driver. God will
give them the fortitude to bear the irreplaceable loss. 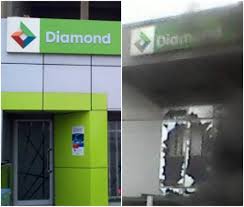