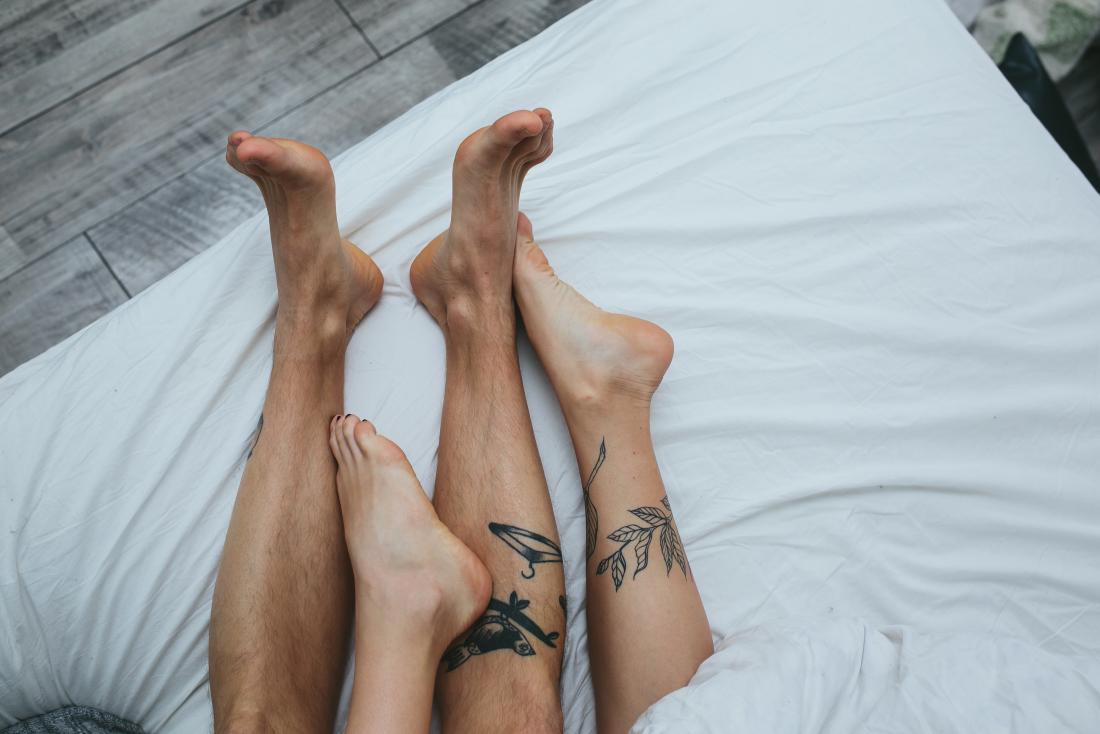 By
Yella Hewings-Martin PhD
Vaginal vs. clitoral orgasm,
the G-spot, the vulva, and the clitoris: the female sex organs and their
involvement in arousal and orgasm are shrouded in mystery.
In our increasingly digital
world, sex and female body image are often misrepresented. Yet, sex makes
people happy and plays an important role in social bonding as well as mental and
physical health.
So, it’s time to demystify
common misconceptions about the female sex organs and their role in sexual
pleasure.
We shine a spotlight on how
the vagina, vulva, and clitoris work, as well as on what is currently known
about the elusive G-spot and the female orgasm.

Inside and out: The vagina and
the vulva

The vagina is the muscular
tube that links to the cervix, which is the lower part of the uterus.
Also called the birth canal,
the vagina allows for the passage of blood and cells in menstruation, the
introduction of sperm during sex, and the delivery of the baby and placenta at
the end of pregnancy.
The vagina only has a limited
number of nerve endings, which is thought to be important to help women cope
with the pain of childbirth.
The external part of the
female genitals is the vulva. It consists of the labia majora, or the outer
fold, the labia minora, or the inner fold, the urethra, and the clitoris. The
shape and size of the vulva is unique to every single woman.
In a study involving 32 women,
Dr. Haim Krissi – from the Department of Obstetrics and Gynecology at Soroka
University Medical Centre in the Ben-Gurion University of the Negev in Israel –
and team found a considerable range in the length and width of the different
parts of the vulva.
The clitoris: The gateway to
sexual arousal

While many people think that
the clitoris is a small spot just above the vaginal opening, it is, in fact, a
much larger complex. The part most visible is the glans, which is 16
millimeters in length, on average. This is the part that most people will be
familiar with.
The glans is covered by the
prepuce, which is a skin formed from the vaginal labia. Some people liken the
prepuce to foreskin. Hidden inside the pubic bone is the rest of the clitoris,
and the entire complex is similar in shape to the penis, with a total length of
between 9 and 11 centimeters.
The clitoris is an erectile
organ and is thought to be at the heart of female sexual arousal.
In a 2015 review published in
the journal Clinical Anatomy, Dr. Rachel N. Pauls – from the Divisions of
Female Pelvic Floor Medicine and Reconstructive Surgery at TriHealth/Good
Samaritan Hospital in Cincinnati, OH – describes the clitoris as “[…]
the centre for orgasmic response.”
The clitoris is highly
innervated, with the densest concentration of nerve fibres found in the glans.
These nerve fibres respond to stimulation by causing swelling of the erectile
tissues of the clitoris.
As Dr. Pauls explains,
“It is important to note that indirect stimulation of the glans is central
to female sexual arousal, but the dense innervation of the glans may lead to
extreme sensitivity upon direct stimulation.”
That being said, the clitoris
is not the only part of the female sex organs that can lead to arousal,
according to some. The mysterious G-spot, said to be located inside the vagina,
has been equally credited.

Does the G-spot exist?

The so-called Gräfenberg spot,
or G-spot – which is named after the German-born physician Ernst Gräfenberg –
is a topic of much contention.
While Gräfenberg has been
widely credited with finding the purported spot guaranteed to produce sexual
arousal, the name was in fact coined by Dr. Frank Addiego and colleagues in a
1981 paper published in the Journal of Sex Research.
The hunt for this elusive
structure that promised unlimited pleasure has been on since then.
A study in An International
Journal of Obstetrics and Gynaecology by Dr. Adam Ostrenski – from the
Institute of Gynecology in St Petersburg, FL – and colleagues describes it as a
collection of nerve bundles in the front, or anterior, wall of the vagina.
Using MRI scans, Anastasios
Mpotsaris – from University Hospital of Cologne in Germany – and colleagues
found a “distinct morphological entity” in 62 percent of study
subjects in the same location.
Does this mean that the search
is over? No; not all experts agree. Dr. Vincenzo Puppo – from the Centro
Italiano Sessuologica in Bologna, Italy – states in an article in the journal
Clinical Anatomy that there is no scientific or medical evidence that supports
the existence of the G-spot.
Instead, he writes, “The
G-spot has become in the centre of a multimillion dollar business: G-spot
amplification, also called G-spot augmentation, G-Spotplasty, or the G-shot, is
a cosmetic surgery procedure for temporarily increasing the size and
sensitivity of what some believe to be the G-spot […].”
This sentiment is echoed by
Dr. Pauls, who summarizes that there is no scientific or anatomical evidence
that supports the existence of the G-spot.
So, the jury on the G-spot is
still out. Whether by G-spot stimulation or not, the female orgasm remains a
mysterious and controversial topic.

What happens during orgasm?

The debate about the purpose
and routes that lead to women experiencing an orgasm is probably as old as
medical science.
Although the male orgasm has a
clear role from an evolutionary standpoint, in that it is central to the
propagation of the human species, experts have not been able to agree on a
similar “purpose” for the female orgasm.
From a physiological point of
view, the path to sexual arousal is straightforward.
Dr. Pauls explains, “In
simplistic terms, genital arousal is characterized by increased blood flow to
the pelvic region. In females, this vascular flow results in clitoral
engorgement and erection and accompanying vulvar swelling and vaginal
[secretion] of fluid.”
“If a threshold is
reached, orgasm can follow arousal. Activation of [nerve pathways] triggers
pelvic floor skeletal muscle contractions that accompany sexual
satisfaction,” she adds.
So, should we view orgasms as
simply being the result of reflex produced by our nerves? As so often in
biology, things are more complicated. Our nerves, of course, transmit sensory
signals to our brain, where studies have shown that sexual pleasure is
processed similarly to other types of pleasure.
“[…] the mind may be
the ultimate sexual organ, which in combination with anatomy can augment sexual
enjoyment.”
-Dr. Pauls


The vaginal vs. clitoral
orgasm

The ultimate center that
causes the greatest female pleasure remains a topic of debate. Two competing
theories exist: the vaginal and the clitoral orgasm.
According to Dr. Puppo, the
term “vaginal orgasm” is misleading. He says that “the vagina
has no anatomical structure that can cause an orgasm.” Instead, “the
‘vaginal’ orgasm that some women report is always caused by the surrounding
erectile organs,” he explains.
Dr. Puppo further highlights,
“Orgasms with a finger in the vagina are possible in all women, but the
partner must also move the hand in a circle to stimulate all the female
erectile organs.”
On the other side of the
argument is psychologist Prof. Stuart Brody, who argues that penile-vaginal
intercourse is the route to vaginal orgasm, which he says plays a greater role
in sexual satisfaction.
In a review published in the
journal Socioaffective Neuroscience & Psychology, Prof. James G. Pfaus –
from the Department of Psychology at Concordia University in Montreal, Canada –
writes “it is likely that women have an enormous capability to experience
orgasms of many different types […] the subjective experience of it is not
necessarily the same for each woman, and can even be different each time a
woman has one.”
Dr. Pauls also highlights that
“[…] pressure on the vagina during sexual activity can result in
traction, vibration, and clitoral stimulation.”
“It is therefore
problematical at best to define a ‘clitoral orgasm’ as a phenomenon distinct
from a ‘vaginal orgasm’,” she adds.
Because the individual parts
of the female sex organs are located very close to each other, it is difficult
to identify one particular spot as the ultimate route to pleasure.
One question that remains is
whether or not it is necessary to have a definition of different types of
orgasms.

Does it really matter?

Every woman’s sexual pleasure
and orgasm is unique. A recent study showed that only 6 percent of women say
that they reach orgasm every time they have sex.
Those involved in researching
female sexual pleasure may argue that better knowledge of the routes to orgasm
can help those struggling to achieve the satisfaction they desire. But orgasm
is only one part of the experience of sex.
“Perhaps it is
time,” says Prof. Pfaus, “to stop treating women’s orgasm as a sociopolitical
entity with different sides telling women what they can and cannot
experience.”
Sexual satisfaction is a unique concept.
Whether derived from clitoral stimulation or another route, at the end of the
day, the best measure of satisfaction is the pleasure experienced by those
involved.
SOURCE:
MEDICAL NEWS TODAY