21 reasons why Australia might be the best place on Earth 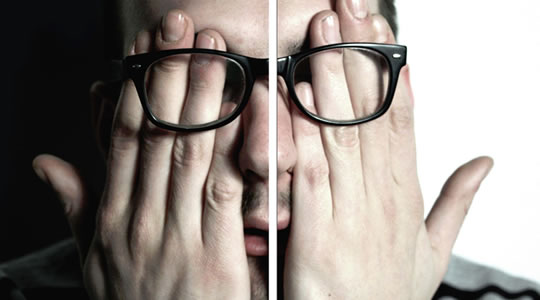 Nowadays efficient
people-smart multi-national corporations are on the rise while local businesses
go to the wall. If these smaller concerns misunderstand the psychology of the
marketplace as fundamentally as my local optician then it’s no mystery. Here’s
what happened…
Walking down my street I see
that all the cars in my area are plastered with flyers on their windscreen from
a local optician offering a ‘free eye check-up’. Taking a closer look at one of
these, I see that I can also obtain 60% off designer frames. Sounds like a
tempting offer, right? Here is a local business using a cheap and
straightforward methods to promote itself to new customers.
Wrong. This optician is not
only making a fundamental mistake about human psychology but he is also denying
his own shortcomings. I didn’t draw both of these conclusions, though, from the
flyers, I also had one other vital piece of information.
A few weeks ago I happened to
go into this optician after being referred there by a pharmacist. The optician
is on a fairly ordinary high street in a good area of London. It is one of
those old-fashioned places which has wonky chairs in the waiting room and a
receptionist who is happy to chat. Its customers are mostly older folks who
have probably been going there for years and years. So far, so ordinary.
The problem came when I met
the optician. He is certainly efficient and competent at his job, no question
about that. Unfortunately his manner is bordering on rude and made me feel
uncomfortable. Things got worse though when I decided not to buy my new glasses
from him. Suddenly we moved immediately from a cool professionalism to barely
concealed hostility.
After the exam he then
proceeded to treat his, obviously long-suffering, receptionist like an
incompetent fool, which she wasn’t, and thoroughly sour my whole experience.
And as a result I will never go back, I will not recommend the optician to my
friends and I will not be tempted by the 60% off deal.
So, here’s the first mistake
the optician made in offering eye tests for free. Research has shown that
people don’t attach as much value to something that they get for free as
something for which they have to pay*. Perversely, by giving something away –
especially something as valuable as the expertise of a professional optician –
the object or service itself is immediately devalued. Wow, people think to
themselves, this optician must be rubbish if people won’t even pay £20 for a
simple eye exam.
Secondly, the optician has
poor social skills that he needs to improve – but he won’t. For him it is
easier to pretend that his dwindling customers are a marketing problem that can
be solved by a leafleting campaign. This is an example of the self-serving bias
– people naturally prefer to abdicate responsibility for their failures. While
the self-serving bias may maintain this optician’s ego, it does nothing for the
success of his business.
*I can’t track down the original research for this but I read it quite recently. If anyone can help then please put me out of my misery!
About the author