The final season of one of the
most successful series of all time was shot this summer. Audiences will know
the ending in the first half of 2019 when Season 8 will appear on screens
everywhere. Meanwhile, the actors and the writers of Game of Thrones leave a
lot of hints about what’s going to happen in the final season.
Bright Side collected the most
curious facts and theories in order to tide you over in the meantime. At the
end of the article, you will find some information about movies and series your
favorite actors are starring in now.
What do we know about season
8? 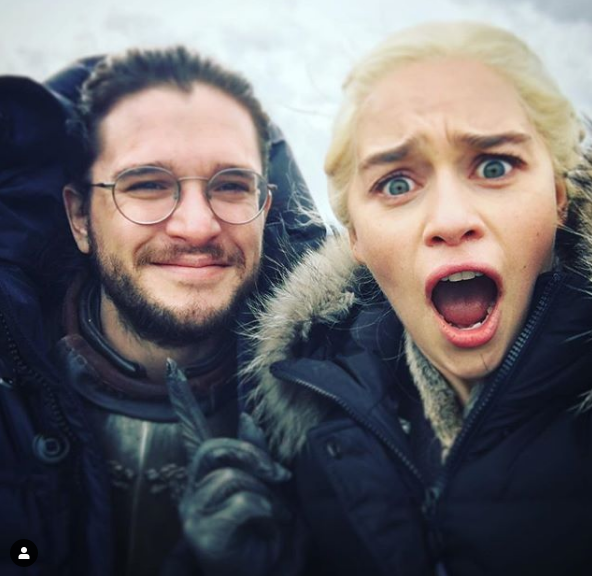 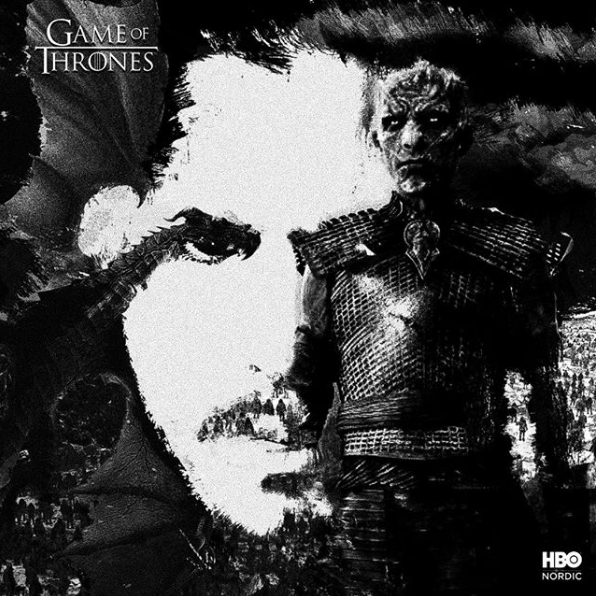 As told by the actors… 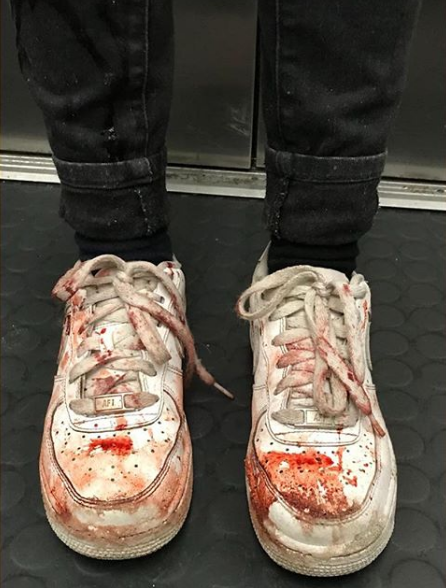 Maisie Williams, who played
Arya Stark, celebrated the end of shooting by sharing a picture of
blood-stained sneakers on her Instagram. She wrote the following: “Goodbye
Belfast. Goodbye Arya. Goodbye Game of Thrones. What a joy I’ve had. Here’s to
the adventures to come”. Many people started looking for some hidden message in
the hashtag #lastwomanstanding. Does it mean that Arya will be the only woman
who’ll survive the finale or does it mean that the actress is tired? 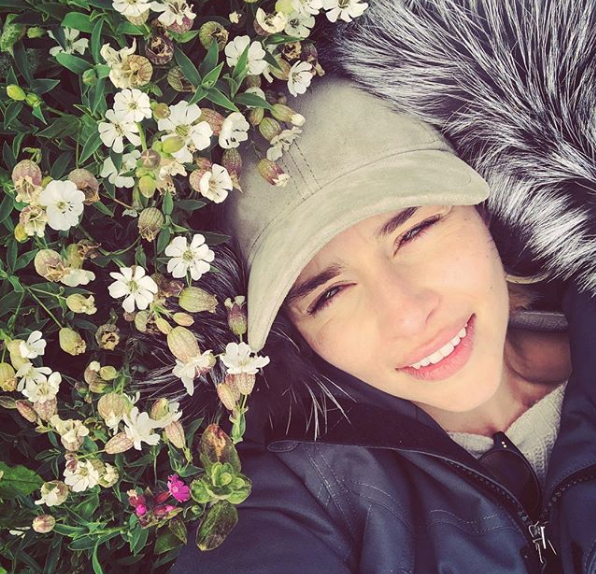 Emilia Clarke, who played
Daenerys Targaryen, wrote the following lines on her Instagram page: “Hopped on
a boat to an island to say goodbye to the land that has been my home away from
home for almost a decade. It’s been a trip @gameofthrones thank you for the
life I never dreamed I’d be able to live and the family I’ll never stop
missing.”
During one of her interviews,
Emilia said that it was very difficult to finish shooting the series. The
actress also explained that the finale would be very unexpected and it would be
shocking for the audience to find out who Daenerys really was. So intriguing! 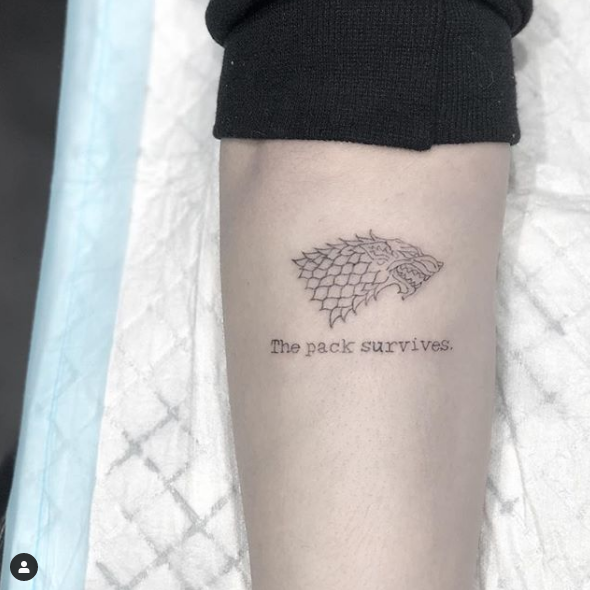 In order to commemorate the
ending of the shooting, Sophie Turner (who played Sansa Stark) got a direwolf
head tattoo with the writing, “The pack survives.” Does it mean that the
members of House Stark will all survive? Who knows, but most likely, it’s not a
hint — it’s probably it’s just a tattoo for the sake of memory.
This is what Sophie said about
the season finale: “Everyone is coming together to fight the impending doom.
There’s a lot of tension between these little groups, battling for what they
think is right. It’s Game of Thrones so it’s going to be bloodier and more
death and more emotionally torturous than all the years before!” 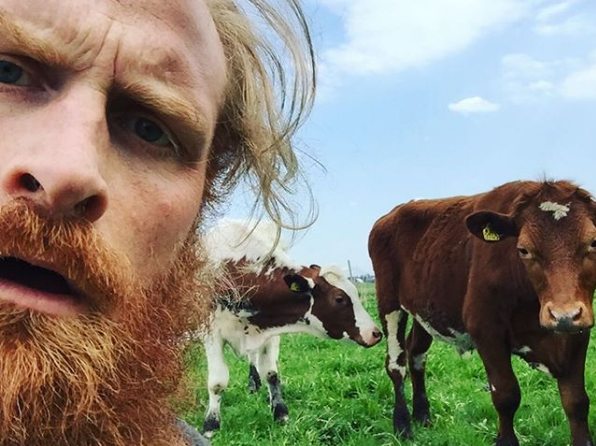 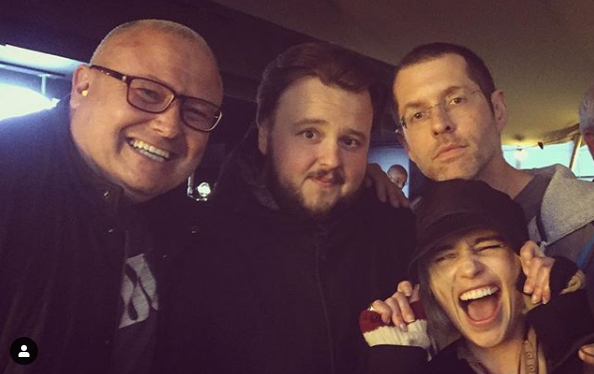 Emilia Clarke with her
colleagues and a scriptwriter of the show, Daniel Weiss 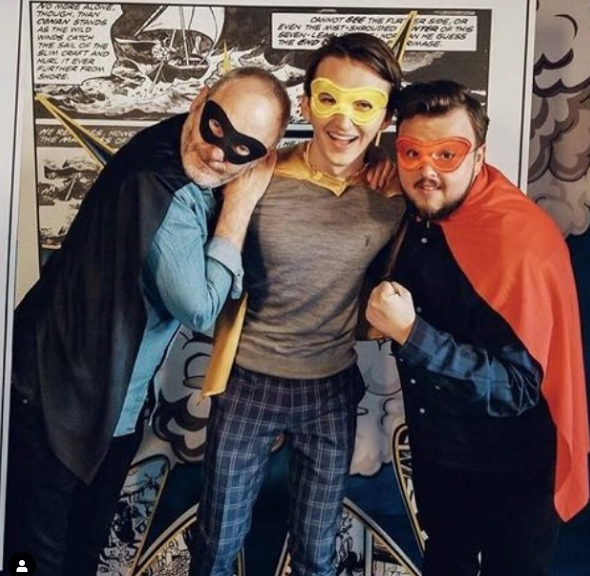 The actors found new costumes
for the shoot.

In which movies can you see
your favorite GOT actors?

A lot of things have changed
in the life of Kit Harrington: this summer he married the actress Rose Leslie
who played Ygritte in Game of Thrones. In 2017, the first season of the
historic series Gunpowder was released. It tells the story about gunpowder’s
start in 1605: Kit played the main role, and his partner was played by Liv
Tyler.
In 2014, Harrington agreed to
act in a new project by Xavier Dolan called The Death and Life of John F.
Donovan. The cast of the film is very impressive and includes Natalie Portman,
Michael Gambon, and Susan Sarandon. The premiere will take place this autumn
during the Toronto International Film Festival.
By the way, people say that
Kit wants to change his hairstyle in order to walk away from John Snow’s image.
It’s such a pity, we’re going to miss his curls!

Emilia Clarke also shows some
career development. She has a lot of interesting roles. You can see her in the
movie Solo: A Star Wars Story, and soon you can see a new movie Above Suspicion
where the actress plays a snitch who falls in love with an FBI agent.
It is also known that the
Mother of Dragons will act in a movie called The Garden of Last Days that tells
3 stories about a striptease club. So it looks like we are going to see Emilia
from time to time and luckily Game of Thrones won’t be the highest peak of her
career.

Peter Dinklage who played
Tyrion Lannister also has gotten a lot of interesting roles. You have to see
his amazing work in the Oscar-winning film, Three Billboards Outside Ebbing,
Missouri. You can also find his short yet very impressive role in the movie,
Avengers: Infinity War.
The movie I Think We’re Alone
Now is going to be released soon. In this movie, Peter Dinklage together with
Elle Fanning plays the last couple on Earth. Now the actor is going to take
part in a few new projects and the latest news says that he will play the main
role in the movie Rumpelstiltskin. It’s nice to know that the talent of this
actor is fully appreciated. We are looking forward to enjoying his new work.

Attention: there are spin-offs
coming your way!

Even though the story is going
to be over with Season 8, audiences will still have an opportunity to see the
stories from the universe created by George Martin. 5 spin-off series are
planned, and their plots take place long before Game of Thrones occurred.
The narration of the first
spin-off will take place 8,000 years before the story shown in Game of Thrones.
It will tell us the secrets of Westeros and the mystery of White Walkers. The
spirit of the universe is promised to be preserved but there will be different
characters. The script is ready and shooting will start in 2019.
There’s also some information
about the second spin-off. The working title is Empire of Ash. Here, we’ll
learn about the fall of Valyrian Freehold — the empire created by Valyrians.
The plot will be connected with House Targaryen and will be about the fall of a
mighty kingdom.
Are you waiting on the edge of
your seat for season 8? Share your predictions and thoughts about the series
finale in the comments below!