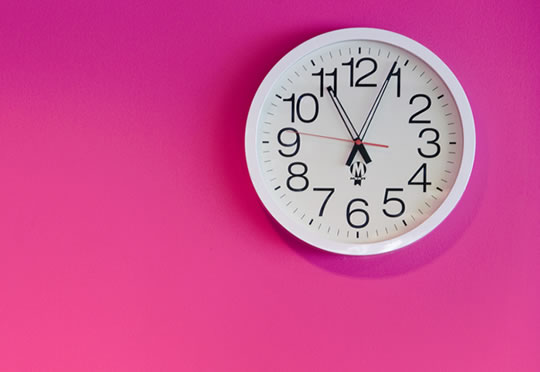 Like the sound of a passing ambulance siren, our perception of time distorts as it shoots by.


Sometimes psychologists come up with such good names for their findings that I’m powerless to resist. Take this newly minted expression: ‘the temporal Doppler effect’.

This really appeals to both the psychologists in me and my inner physics geek.


Here’s a reminder of the Doppler effect, which I’m sure you’ve experienced even if you haven’t heard of the Austrian physicist Christian Doppler (click here for YouTube video).

(In case you can’t see the video: the Doppler effect is most often experienced when an ambulance with siren blaring travels past you. The pitch of the siren shifts downwards as it whizzes past. The siren’s notes aren’t actually changing in pitch; it’s the effect of the ambulance’s movement on the sound-waves reaching your ear that produces the effect.)


So, what is a temporal Doppler effect and what does this have to do with psychology?


How far away does it feel?


They got similar results for comparisons of time-points both one month and one year in the future and the past. This temporal Doppler effect kept showing up: the future seems to feel psychologically closer to people than the past, despite the fact we know it’s exactly the same.


Metaphors of time and space


So why does it happen? Caruso et al. put forward two explanations, one more abstract than the other. I’ll do the abstract one first but feel free to bail out and get on to the concrete one if it gets too much!


The abstract argument goes like this: we don’t directly experience time although we see its effects. Unlike space, which we can clearly see, time is invisible. In contrast, you can reach out and touch objects and feel the space between them.


Because time is abstract we try to understand it psychologically using metaphors. We say that ‘time flows like a river’, ‘time marches on’ or ‘time flies’. These are all spatial ways of thinking about an abstract idea.


The result is that we unconsciously apply the same spatial rules to time. Just like things that are coming towards us sound higher in pitch and appear to us closer in space than things going away, so we intuit that things ahead of us in time are also closer than things in the past.


If not you’ll be interested in a further experiment Caruso et al. carried out where they tried to reverse the temporal Doppler effect with a simple manipulation: they had people walking backwards in virtual reality (VR).


Now here’s the more concrete explanation. The temporal Doppler effect is also highly adaptive. It’s very useful for our survival and success in life that the future seems closer than the past. What happens tomorrow we can plan for, what happened yesterday is just a memory.

Yes, it’s important to understand where you’ve come from, but without a plan, you can’t know where you’re going. The temporal Doppler effect is one example of how we’re future-oriented creatures; always scheming for, worrying about, plotting and simulating the future. So that hopefully, when we get there, we’ve got some kind of plan.