THE
TIME FOR AFRICA IS HERE: THE TIME FOR ACTION IS NOW The
African continent is blessed with immense wealth; there are vast human,
material and mineral resources in this part of the world. With a population of
about 950 million people and a collective GDP of $978 Billion as at 2006; the continent
is unarguably the largest emerging market in the world. In his book titled Africa Rising,
Prof Vijay Mahajan noted that; “when an Irish beer has become African, and when
the future growth of a brand rests on expanding sales on the African continent
rather than in Ireland, there is clearly something shifting in the world.”

But
the questions this article wishes to critically examine are; are we (Africans)
benefiting enough from this emerging frontier in global trade? How does it
transform positively, the life and living conditions of an average African? Because
the continent is unarguably the poorest in the universe and sub-Saharan Africa
is the most deprived region on planet earth.

In
consequence, I would identify the enormous strength and unlimited opportunities
that this massive industrialization portends; whereas measures that should be
taken to ensure that Africans are not ripped off the accruing benefits of this
positive development would also be suggested in subsequent paragraphs.

The
Good
·
Youthful Population- Africa
is the most youthful continent in the world and she is growing younger each
passing day. As at 2007, 41% of Africa’s population was under the age of 15.
The Black-man’s continent is unarguably ahead of any region of the developing/developed
world in terms of youthfulness. Ironically, the developed world in contrast is
aging rapidly, Europe has just 16% of its population under 15, North America
has just 20%; and Japan has only 14%. As Africa grows younger, adding another
900million before the end of 2015, European population is expected to decline
by 60million people in the same period. Whereas much of the developed world is
worried about a birth dearth, Africa is concerned about the implications of a
population explosion. (0guche Agudah, 2014)

·
Emerging Markets- In the
introductory part of this piece, I noted thatthe African continent has a
population of about 950 Million people and a collective GDP of $978 Million
according to a World Bank report. The continent is attracting investors from
far and near because of its vast opportunities. This can be witnessed in the
daily influx of foreign businesses coming into the African market because they
are aware of the numerous advantages that lie therein. According to reliable
statistics, the continent attracts more than half of all Foreign Direct Investments
(FDIs) in the whole world. In 2013, the total continent attracted a record
$80Billion inflow.

·
Unlimited
Opportunities- There are numerous opportunities in the developmental and
infrastructural deficits that plague Africa. They range from limited access to
clean and portable drinking water, electricity, access to qualitative and
quantitative education, good roads, affordable housing and healthcare but ironically,
therein lye the potentials.Businesses and business owners can provide these
deficits profitably while offering goods and services to meet thesesocial and
economic needs. One visible instance is the geometric growth in
telecommunications and broadband users and usage. Africa’s online connections
are growing faster than anywhere else in the world; except in Middle East.
The
Bad

I.
Unemployment &
Crime Rate- According to the International Monetary Fund (IMF) statistics, the
continent is projected to boast the largest labour force in the world- 1
billion workers strong- more than China and India combined by 2040. This
wonderful news should be translated into substantial improvements in the life
of the average African because today, only one in every five people in Africa
finds work in the formal sector.The rate of unemployment is astronomical; it
has translated in a desperate job search which means that job seekers would do
anything and everything to ensure that they are gainfully employed and to stay
that way. The search for any form/kind of employment has led to the inhumane
treatment melted at workers and employees by the management of some companies.

Unemployment
is also contributing to the increase in crime rate because some of these
unemployed and desperate youths have turn to crime and other social vices in a
life saving bid to ensure that they survive at all cost. The rate of crime is
unarguably related to unemployment. 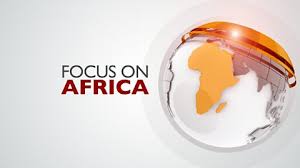 II.
Massive Exploitation-
Africa is blessed with great human, material and mineral resources; it is home
to some 30% of the world mineral reserves but does it in any way benefit the
average African? Most of these extract and exploitative companies are owned
by foreigners.

The
Oil, Gas and Mining sectors do very little to transform positively the life of
the average African because they are exploited and exported almost immediately,
leaving the indigenous communities to suffer the instantaneous and long lasting
consequences of the negative effects of these exploitative activities;these
products are processed and finished in their home countries and then imported
back and traded in exorbitant prices. The Nigeria’s fuel subsidy saga comprehensively
illustrates this assertion and Diamonds extracted from West Africa mines has
for centuries been cut in Antwerp, Belgium, Amsterdam and more recently India.

III.
Neo-colonialism- The
Encarta Dictionary of English defines Neo-Colonialism as “the domination by a
powerful, usually Western nation of another nation that is politically
independent but has a weak economy greatly dependent on trade with the powerful
nation.” This definition explains transparently the current situation of
happenings in the African continent. It is what I would like to tag “The
Scramble for Africa; Part two.” The book (Africa Rising) by Prof. Vijay Mahajan
highlighted the vast array of opportunitieswithin the shores of thecontinent
but failed to note the disadvantages of such mad influx of Foreign Direct
Investments to the financial and economic wellbeing of African states if left
unchecked.
The
Way Forward
Africa’s
greatest potential is its people. With wide access to quality education, health
and infrastructural services, the African man is given the necessary tools he
needs to chart his course in life. The governments and other global
institutions must ensure that policies, legislation and programm that foster
the well-being and better living conditions of Africans is sponsored, effected
and promoted because over the past three decades per capital output of
electricity in Sub-Saharan Africa has reminded virtually flat; only 16% of all
roads are paved compared with 58% in south Asia.We need a positive change and
the only way to do that is to ensure that our leaders are held accountable for
their actions and inaction.

Demanding Accountability
will ensure that governance, transparency and sound economic frameworks that
will ensure that these endowments are properly managed to offer unparallel
opportunities for economic growth and development. Strengthen institutional and
governance framework that manage these resources is a good place to start.
Transparency can help increase accountability and help ensure that these
resources are harnessed for the benefit of all.

The
Arab Spring is a good example of what we can achieve if we are determined and
unified by a voice, these tremendous event led to the ousting of some dictatorial
leaders in some African countries; Egypt, Tunisia, Libya and the likes. Another
example is the endless episodes of tough political battles where incumbent
Presidents are voted out of power. Ghana and co., and more recently Nigeria
definitely fits the bill.

Conclusion
My
name is Oluwole, I was born to low-income parents in a remote part of Lagos
State, Nigeria. I was not born with a silver spoon; I was not born with any
spoon at all. My parents are middle-class civil servants in the employment of
the State Government. I was born broke but I want better living conditions and
opportunities for my children, grand children and great-grand children when
they finally arrive. I want what that other African youth wants; I want to a
proud African; I want a positive change in the status quo.