BY AMY
SCIARRETTO
A smattering of freckles
spilled across the nose and cheeks or sprinkled along one’s arms or shoulders
is so beautiful and unique, in my opinion. Freckles add a little something
extra to skin. Some women with freckles embrace them and show them off. Others
conceal them. It’s really a personal choice.
But what’s the real deal with
freckles? Here’s the breakdown of the most important things you need (or want)
to know about freckles, from what they are to how to work with them when
wearing makeup. If you have your own freckles or just happen to admire them,
they are certainly an interesting, stunning, and slightly complicated physical
trait.
Celebs
rock them 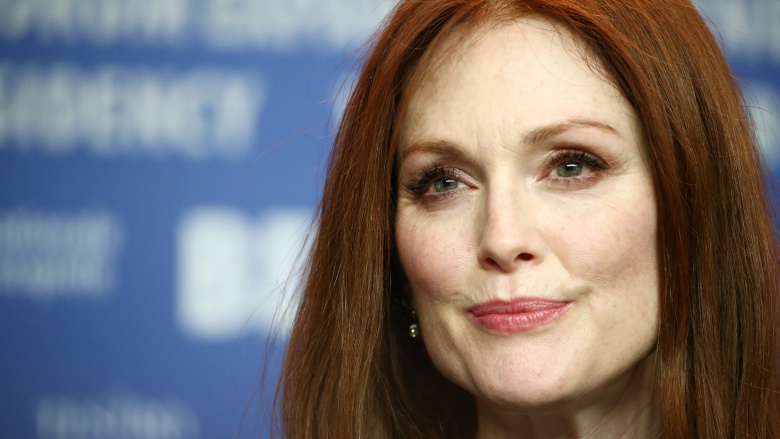 Using celebrities as an
example, actresses Julianne Moore and Lindsay Lohan are light-skinned redheads
with prominent and gorgeous freckles. Moore even penned a series of children’s
books with the main character, Freckleface Strawberry borrowing her vivid
moniker from a childhood nickname bestowed upon the author. Moore explained,
“I wrote the book about this little girl trying to get rid of her
freckles. I still have mine and I still don’t like them, but I have other
things to worry about. I care about it less.”

Dark-haired reality queen and
makeup mogul Kylie Jenner has brownish freckles on her face that we don’t often
see unless she she does a no-makeup selfie or Snapchat session. Blonde singer
Kesha also has generous supply of freckles on the bridge of her nose and her
cheeks, which she showed off on a Teen Vogue cover.
Freckles
are different than age or sun spots. 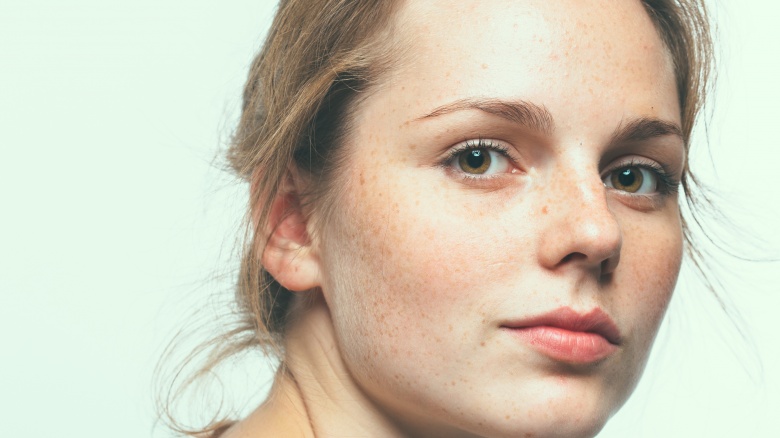 While researching this topic,
I noticed that freckles and age or sun spots were often interchanged in
discussions. Sometimes, freckles were even compared to individual moles. But
there is a big difference between freckles and sun spots. Dr. Kally
Papantoniou, who practices cosmetic and medical dermatology, explained,
“True freckles, the kind that appear on skin in childhood, are caused by
increased levels of melanin in melanocytes.” She furthered, “‘Age
spots,’ or ‘lentigos,’ are dark spots that appear later life and are due to
increased amounts of melanocytes in the skin from UVA/B damage.” 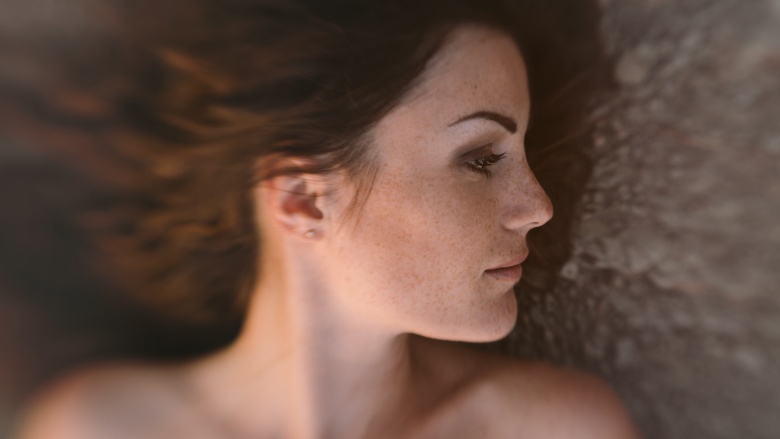 Are there other common
physical characteristics among people with freckles, like hair or eye color?
Well, according to Dr. Papantoniou, “Freckles will occur and are more
likely in lighter-skinned individuals, and those with lighter hair will also be
more likely to develop freckles.” But freckles are not reserved solely for
those with pale skin and fair hair. She continued, “However, freckles can
be seen in darker-skinned individuals as well. But that is less common.” 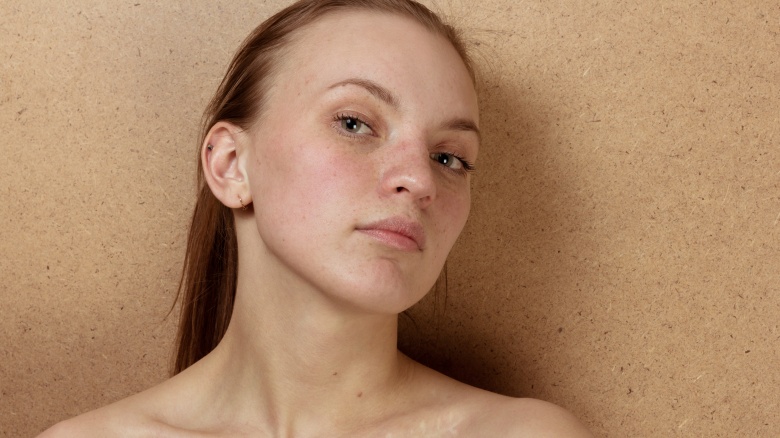 Freckles aren’t random,
either. Freckles are, in fact, familial! Dr. Papantoniou confirmed that
“freckles can have a genetic predisposition and are often seen with a
family history.”

Freckles
can be lightened and removed. 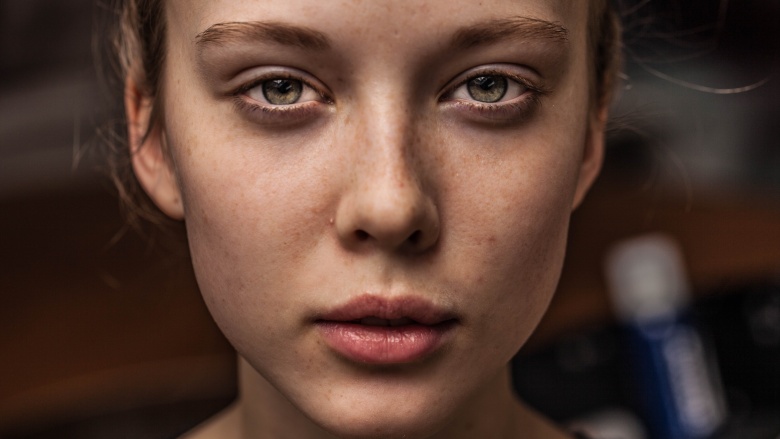 Remember Freckle Juice, the
short story penned by beloved adolescent author Judy Blume? It tells the tale
of a second grade student who so desires freckles that he tries a recipe that
is said to give you speckles. However, is there a concoction or procedure that
allows for the opposite result, whereas someone who doesn’t love having speckled
skin can remove their freckles? Dr. Papantoniou shared, “Freckles can be
removed with a simple laser treatment such as the Fraxel and
Clear&Brilliant. Freckles will be lightened and possibly removed if very
light with the use of chemical peels and other lightening agents.”

You
can prevent the development of new freckles. 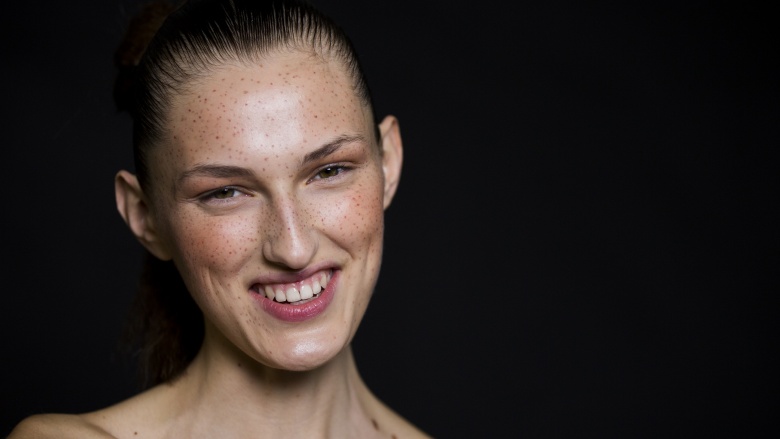 If you want to avoid
developing new freckles, there is a simple and affordable technique. All you
have to do is use sunscreen daily, per Dr. Papantoniou. That’s also smart skincare
advice, freckles or not. 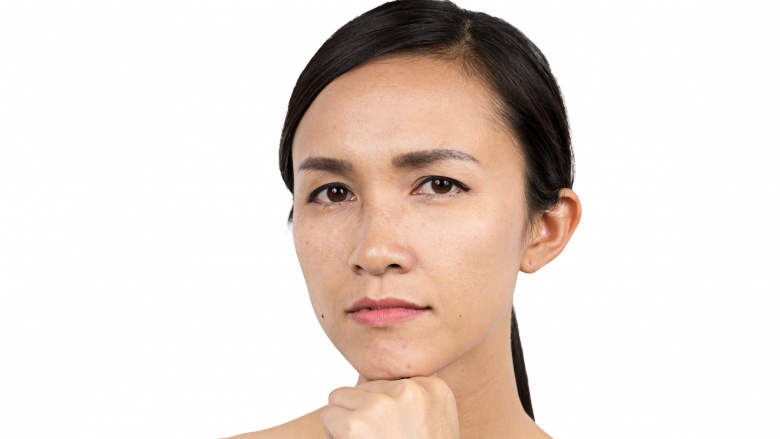 Freckles can be concealed if
removing them via a cosmetic treatment isn’t an option — or if you don’t want
to be permanently freckle-free. Makeup artist Samantha Lennon discourages
covering up freckles with full-coverage foundation. Instead, she recommends
using a tinted moisturizer in a shade that is slightly darker in order “to
connect the color of the freckles with the shade of your skin.” 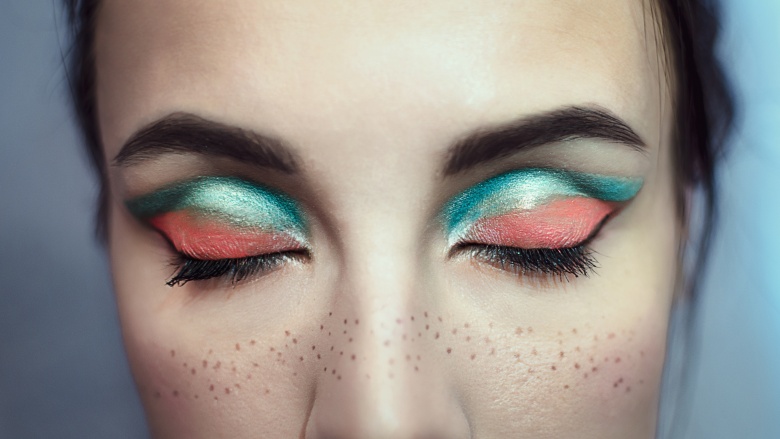 While a stippling of freckles
adds depth, dimension, and color to one’s skin, those with facial freckles
needn’t worry about not being able to wear all sorts of eyeshadow, blush, or
lipstick colors. Lennon explained, “The product colors you choose depends
on your overall skin tone and the color of the freckles. I see people with
medium-tone complexions and darker freckles and I have worked with
lighter-toned complexions with freckles. It’s not like a certain cosmetic color
palette works for freckles in general. It really depends on skin tone and hair
color.” It’s also worth noting that the new golden rule of beauty is that
there are no rules. So women with freckles can wear whatever color products
they want and still slay all day. 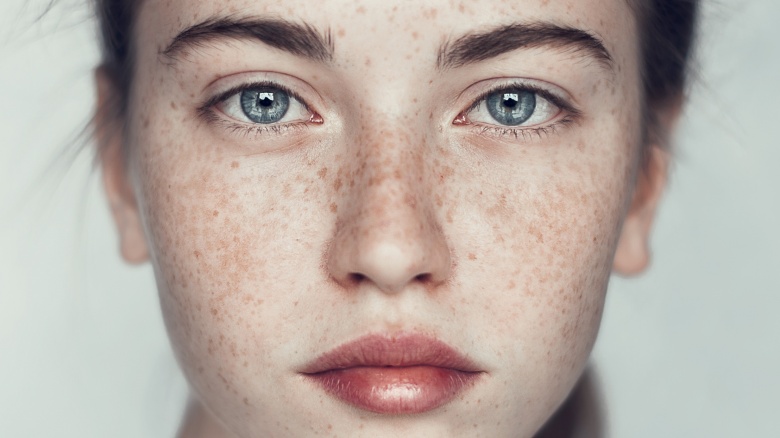 Lennon doesn’t prefer to cover
up freckles on clients, unless, of course that’s absolutely what they want.
There’s a two-fold reason for wanting to show off freckles. She said,
“Trying to cover up freckles almost always looks obvious and unnatural.
They look best when left alone and shine through.” She likes to put the
natural spots on display because “freckles really are beautiful and can
add dimension to your face!” #Truth.