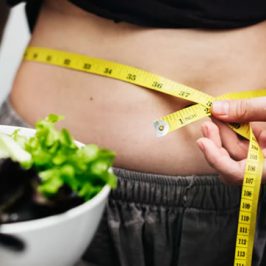 Trying to lose weight is hard enough without this problem.

High-fat, high-calorie diets change an area of the brain called the hippocampus.

This area is critical to inhibiting thoughts — such as those that make a person want to eat more than they should.

Without this brake on unwanted thoughts about eating, obesity becomes even more difficult to avoid.

“It is a vicious cycle that may explain why obesity is so difficult to overcome.

The idea is, you eat the high fat/high calorie diet and it causes you to overeat because this inhibitory system is progressively getting fouled up.

And unfortunately, this inhibitory system is also for remembering things and suppressing other kinds of thought interference.”

The conclusions come from a study of rats, some of whom were fed a high-fat, high-calorie diet.
The results showed that the rats who became obese had more problems with a memory task.
If humans are the same, it may help explain why it is difficult to lose weight and keep it off.

Without the ability to suppress thoughts about food, obese people will find it harder to resist temptation.

“Some rats and some people have a lower preference for high-energy diets.

Our results suggest that whatever allows them to eat less and keep the pounds off also helps to keep their brains cognitively healthy.”

Professor Davidson thinks the brain damage may become permanent after a time:

Other research has found that obese people and formerly obese people have weaker hippocampal activity when consuming food than do people who have never been obese.
Just because you lose the weight doesn’t mean you regain the brain function.

This could help explain why it is so difficult for formerly obese people to keep the weight off.”