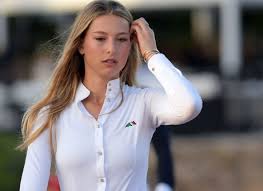 Eve Jobs is tech royalty. The daughter of late Apple founder Steve Jobs and his wife, businesswoman Laurene Powell Jobs, Eve has managed to step out of her father’s huge shadow and follow her own passions. Between chasing her dreams and her studies, she’s quickly blossoming into a successful adult and growing up to be gorgeous.

The youngest of four


Most will associate Eve’s late father Steve Jobs with being a titan businessman, but as reported by 60 Minutes back in 2012, he was also a family man. In 1991, he wed investment banker Laurene Powell Jobs and the couple had three kids: son Reed, younger sister Erin, and little Eve.

Despite having a large family, however, the Apple CEO wasn’t always the most present parent, often choosing his career over his children. He vehemently refused to acknowledge his oldest daughter, Lisa Brennan-Jobs, until she was 6 years old. As Eve’s mother Laurene told biographer Walter Isaacson, he also had a tendency to leave his girls, including Eve, somewhat broken-hearted.

After recovering from a year of serious health problems in 2010, Laurene hoped that her hubby would become more involved, but instead he once again chose work. “I think it was hard on the family, especially the girls,” she revealed. “After two years of him being ill, he finally gets a little better, and they expected he would focus a bit on them, but he didn’t.“


You would think that Eve would have all the best childhood gadgets considering her family legacy, but she didn’t grow up with all the fanciest tech like you’d imagine.

Following her father’s passing in 2011, Nick Bilton paid tribute to the legendary Apple CEO in an article dubbed “Steve Jobs Was a Low-Tech Parent” in which he recalled an interesting exchange the two had back in 2010. As Bilton revealed, he had once asked the creator of the iPad how much his kids love his invention and the response he received was surprising, to say the least. “They haven’t used it,” declared Steve. “We limit how much technology our kids use at home.“

Noting that he never had the opportunity to ask the logical follow-up question — “What do the kids do instead?” — Bilton connected with biographer Walter Isaacson for the answer. “Every evening, Steve made a point of having dinner at the big long table in their kitchen, discussing books and history and a variety of things,” the author stated. “No one ever pulled out an iPad or computer. The kids did not seem addicted at all to devices.” 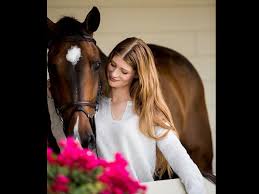 In his 2011 book, biographer Walter Isaacson wrote about just how similar Eve and her dad were, describing her as “spunky, self-assured, and in no way intimidated by her father.” As it turns out, she always found a way to spend time with her dad (even calling his assistant to set up appointments to see him). Isaacson also noted that as Eve grew up, her father “came to appreciate her spirit — and see a lot of himself in her. ‘She’s a pistol and has the strongest will of any kid I’ve ever met,’ he said. ‘It’s like payback.’“

What’s more, the tech guru seemed to have “a deep understand of [Eve’s] personality, perhaps because it bore some resemblance to his.” Like when she became determined to qualify for the Olympics as an equestrian and, “when a coach told her how much work it would require, she replied, ‘Tell me exactly what I need to do. I will do it.'”

Her family is worth billions


In 2010, a year before his passing, Eve’s father was ranked the 42nd richest American and 136th richest man in the world. Surprisingly, most of that money didn’t come from Apple, but rather from a 2006 $7.4 billion deal with The Walt Disney Co. in which he sold his animation studio, Pixar, in an all-stock transaction that instantly made him Disney’s biggest shareholder.

After his death, Eve’s mother Laurene inherited her late husband’s massive business fortune, which solidified her status as one of the 50 richest people on earth in 2016. What’s more, as estate planning attorney Danielle Mayoras told ABC News, Eve and her siblings will be taken care of as well. Mayoras shared that Jobs “likely set up private trusts for his family and charitable purposes,” including Eve, to ensure they were well looked after for years to come. 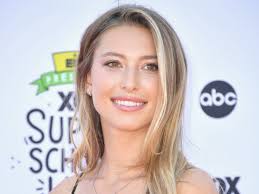 Move aside, technology! One of Eve’s greatest passions is being out in nature, competing in horse riding events as a professional equestrian and, despite her young age, she’s already got quite a few major accomplishments under her belt. The young equestrian had nine jumping wins under her belt as of 2018 and, at just 20 years old, was ranked 225th by the International Equestrian Federation.

In 2016, Eve and her 11-year-old horse, Quickley 3, had the fastest time at the Longines Global Champions Tour of Miami Beach. A year later, she was crowned the Show Jumping Hall of Fame Rider of the Month for March. As Equ News explained, she received the honor by being the rider who earned the most points while riding the same horse throughout series competitions in that given month.

Speaking with the magazine, George Morris, the President of the Show Jumping Hall of Fame, gushed, “Eve is an excellent rider and we wish her continued success.”


Eve made further equestrian news in April 2016 when she bought 13-year-old Chill R Z from Charlie Jayne, an accomplished jumper who was shortlisted for the 2008 Olympic Games. While competing with Chill R Z, Jayne hit numerous career milestones, including traveling to the 2012 London Olympics as a reserve rider and winning the 2013 $75,000 Grand Prix of Indianapolis.

Speaking about his partner in crime, Jayne revealed, “The whole process of bringing him up from young horse classes to the championship level is something any rider dreams of, and he made my dreams come true and then some. He’s been so consistent for me, and what he taught me over the last five years has been invaluable for me, and I’m sure he’ll do the same for Eve.”
It seems that Eve not only has a penchant for riding and jumping, but she’s also got an eye for spotting serious (horse) talent.

Plenty of book smarts, too 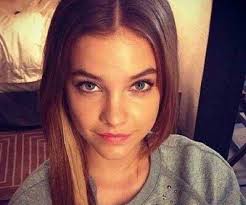 While pursuing her passion for riding, Eve has also always made time for school. When Upper Echelon Academy interviewed her in 2016, noting that she graduated from a top high school and was accepted to top tier colleges in addition to her national and international riding wins, Eve displayed a drive similar to her father’s.

“It can be extremely hard to balance both academics and riding,” she admitted. “At the beginning of this year I was applying for colleges and riding in Florida, while my high school was located in California. Luckily, my school allowed me to work with Upper Echelon during the weeks that I was away. Having individualized learning was incredibly helpful,” she continued, showing that she never once compromised on academia.

Eve further revealed that she scheduled her school work and tutoring around her riding schedule and was taking a gap year before college. This will allow her, she said at the time, to make riding a priority before she devotes four years to being a college student. 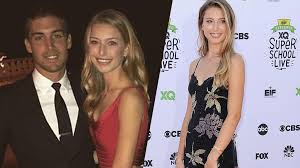 Since February 2016, Eve has made no secret of her relationship with fellow equestrian Eugenio Garza Perez who was ranked 159th by the International Equestrian Federation as of February 2018. Her Instagram account, although private, has been scoped by numerous magazines, including Vogue España, for clues of their romance.

As Noelle Floyd Style reported in a 2017 profile piece on the Mexican rider, Perez is an impressive young talent who, since coming to the US to train, has moved up the ranks quickly. This includes winning gold at the 2013 North American Junior and Young Rider Championships, as well as the $130,000 Hollow Creek Farm Grand Prix CSI3 and $216,000 Upperville Jumper Classic CSI4 in 2016.


As it turns out, Eve isn’t the only tech mogul’s daughter who is splitting her time between riding horses and attending Stanford: The infamous rivalry between Steve Jobs and Bill Gates is living on through their kids! Bill and Melinda Gates’ daughter, Jennifer Gates, is doing the exact same thing.

Not only does Jennifer come from a family worth billions, but she’s also studying Human Biology at the same university as Eve and she’s a proud show jumper. She often competes against Eve, as well as a handful of other celebrity children, including the daughters of Bruce Springsteen, Michael Bloomberg, Steven Spielberg, and Tom Selleck.

When it comes to their skill levels, according to the Rolex/USEF Show Jumping Ranking List, Eve was ranked 29th as of February 2018 while Jennifer was ever so slightly ahead of her in 24th place.