The
Delivery Of Qualitative & Quantitative Education in Nigeria: Reading the
Past, Writing the Future. 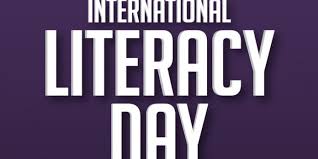 September 8th
was proclaimed ‘International Literacy
Day’ by UNESCO on November 17, 1965 and it was first celebrated in 1966.
Its aim is to highlight the importance of literacy to individuals, communities
and societies. Each year, UNESCO reminds the international community of the
status of literacy and adult learning globally and celebrations take place
around the world. Some 775 million
adults lack minimum literacy skills; one in five adults is still not literate
and two-thirds of them are women; 60.7 million children are out-of-school and
many more attend irregularly or drop out. (Source: Wikipedia.com). 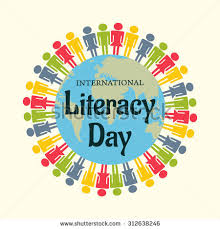 Sometimes last October,
I wrote an article titled; ‘WORLD LITERARY DAY: CHALLENGES
INHIBITING THE DELIVERY OF QUALITATIVE & QUANTITATIVE EDUCATION IN NIGERIA’,
the article offered a holistic analysis of the state of affairs in the
country’s educational system and gave an insight into the ways the derelict
infrastructure can be transformed to lofty heights. This write-up is an updated
version. 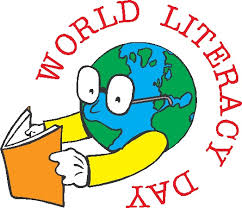 This year’s festival marks
the 50th anniversary of International Literacy Day and UNESCO is
celebrating it under the banner “Reading
the Past, Writing the Future”. It celebrated and honoured the past five
decades of national and international engagement, efforts and progress made to
increase literacy rates around the world. It also addressed the current
challenges and looked into innovative solutions to further boost literacy in
the future. This write-up would follow a similar direction.
Nigeria has one of the
highest numbers of out-of-school children in the world; we also have a large
number of adult illiterates. These disappointing facts are a clear revelation of
the nonchalant attitude of successive administrations and condemn-able desert
occasioned by ma-administration. 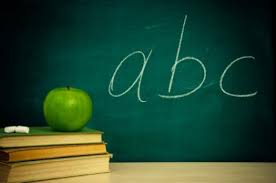 Perhaps, it is quite
unfortunate that there has not been any significant improvement in the
educational sector in the past 12 months and this is the main reason I decided
to pen-down my disappointments and offer advice to those in the positions of
authority so that they can be reminded that education is the bedrock of any
society and it should be given adequate attention for the country to move
forward.
Mallam Adamu Adamu
from Bauchi State was appointed as the Minister of Education by President
Muhammadu Buhari sometimes last year. According to my investigation, he happens
to be an advent supporter of the President; a graduate of Ahmadu Bello
University, Zaria where he studied Accountancy. He is also a
renowned public affairs analyst and columnist with Daily Trust newspaper. These
facts show in clear terms that his appointment is not meritocratic by any means
and this is one of the problems be-deviling the country in all spheres of our
economic life. We will continue to get it wrong when square pegs are put in round
holes. The Federal Ministry of Education is the governmental body that controls
exclusively all issues effecting education in Nigeria and I would have
preferred an erudite tutor/professor and someone with an unquenchable desire to
ensure that there is a positive turnaround in the sector especially when there
were a lot of promises made during electioneering. A good example is the school
feeding program. 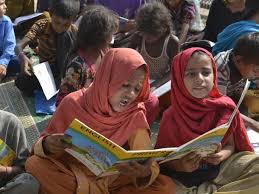 Since independence,
education and other critical sectors have suffered a lot of abandonment. Some
of these citadels of learning are now a shadow of their former self because their
past glories have eroded them. One of the parameters or yardsticks for
measuring growth and development of a nation is in the level of education that
the country has to offer its citizens/residents and the rot in our educational
system is pervasive to the point that no parent would want their wards to
school here anymore. Educational tourism like Medical tourism has eaten deep
into the fabric of our national life and some Nigerians prefer to send their
wards to countries like Ghana, Benin Republic and other west African countries in
the region and beyond to the embarrassment of the self-acclaimed Giant of
Africa. 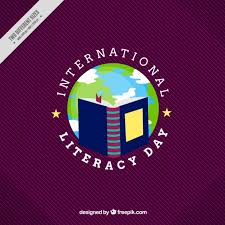 One of the ways the decrepit
state of affairs can be a turned around for greater efficient and educational
tourism would be reduced significantly is to ensure that budgetary allocations
are improved. This is of utmost urgency because it would ensure the gradual
evolving of infrastructure which is disappointingly dilapidated.  However, I also like to remind the government
at all levels that any positive change would only occur where there is
persistent follow-up to ensure that projects awarded are fully executed because
corruption is another problem that needs to be tackled in that sector for
another significant revolution to take place. 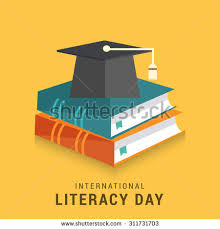 In the same vein, another
challenge facing education in Nigeria is poverty, this is evident in the number
of out-of-school children we have in the country. I would suggest that any
serious government that intends to record significant progress in school
enrollment would seriously consider the introduction of poverty eradication
program that would lure more children to school. On this note, I like to
state that the proposed school feeding program and others of such should be
immediately implemented but it goes beyond that. I believe that a massive
re-orientation of the Nigerian public on the damages and dangers of child
labor is urgently needed because most of these children are not in schools
because they are working in bid to support their families in their own little
way.

Conclusively, I like
to state that this year’s banner; ‘Reading
the Past, Writing the future’ could not have come at a better time. This is
evident in the fact that there was a dramatic change in the government of our
dear country in the previous year for the first time since we returned to the
democratic system of governance in 1999. I want to appeal to the new
administration (new? Its over a year actually) to read the history books so
that it can learn from the mistakes,
errors, blunders, success and achievements of the past because this
would go a long way in its effort to write
a  brighter future.
God Bless Nigeria.
Olusanya, Oluwole
Sheriff.