We often see gorgeous homes
and interiors in the movies or in glossy magazines and admire the design that
went into these architectural masterpieces. Thanks to the mass media, we have a
general idea of what the dwellings of people in different corners of the world
look like. But rarely do we realize that what we see on the screen can differ
greatly from the reality.
We here at Bright Side have
done a little research and found out how people in different countries equip
their dwellings.
Japan

Tokyo is one of the most
expensive and densely populated cities in the world. That is why only wealthy
people can afford to have spacious dwellings, while the vast majority of
Japanese people live in tiny apartments.

The only room in the apartment
is used as a bedroom, living room, and dining room. In the corner, you can see
a refrigerator, and the only way to get to the balcony is to climb over the
bed. However, the room is bright and well-lit, and this visually expands the
living space. 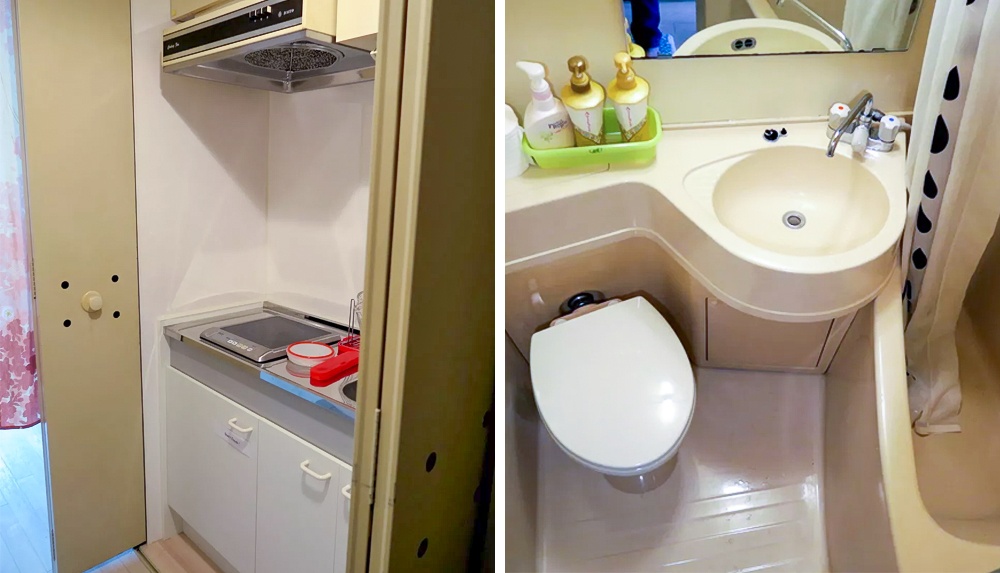 In the hallway, behind the
yellow door there is a closet, bathroom, and even a mini kitchen that has
everything you need.
Spain

Most Spaniards prefer to live
in apartment blocks. Here is what the typical residential area in any Spanish
city looks like.

Most Spanish apartments
involve white walls, stone floors, and windows with shutters. These interior
elements help people to survive the hot summer months. However, since it is not
common for a Spanish home to be equipped with central heating, the apartment
can get very cold in winter. Many people use electric heaters as a way to keep
their dwelling warm. But taking into account the fact that Spain’s electricity
bills are among the highest in Europe, this method of heating is not very
efficient.

Meals are usually served in
the living room. Although Spanish apartments tend to have big kitchens, they
are used exclusively for cooking.
Sweden

A typical residential area in
Sweden looks like this.

One distinctive feature of the
Swedish way of life is smart usage of basement areas. People often use it to
store their bikes, to create a laundry room, or sometimes they even transform
it into a gym. 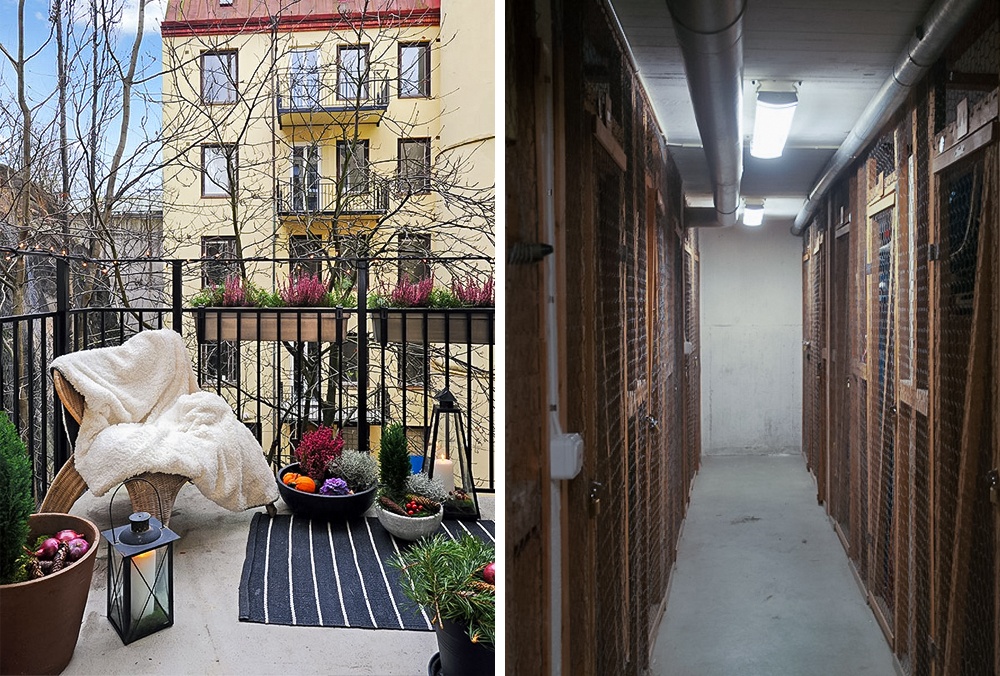 Each apartment also has a
storage locker in a special room in the basement. The apartment dwellers use
them to store summer tires, skis, suitcases, and other seasonal or less
important things. The balconies are used as a rest area.

The white walls and white
furniture are a typical sign of the world-famous Scandinavian design. Most
Swedish interiors have bright accents and large drape-free windows.
Great Britain

Most English people try to
avoid living in blocks of flats. They prefer to live on the outskirts of the
city in houses like these.

Given that central heating
isn’t installed in all buildings, British people try to do their best to
prevent interior heat from escaping. Carpet in every room, draft stoppers,
blankets and, of course, a fireplace are the necessary elements of most houses
in Great Britain. And possibly the most unusual thing — the faucets on sinks in
the UK usually have separate hot and cold controls.

Fighting with the cold, the
English make their dwellings feel super cozy and chic.
South Korea

More than 80% of the Korean
population lives in high-rise apartment buildings. One distinctive feature of
Korean apartment blocks is the huge building number that is visible from afar. 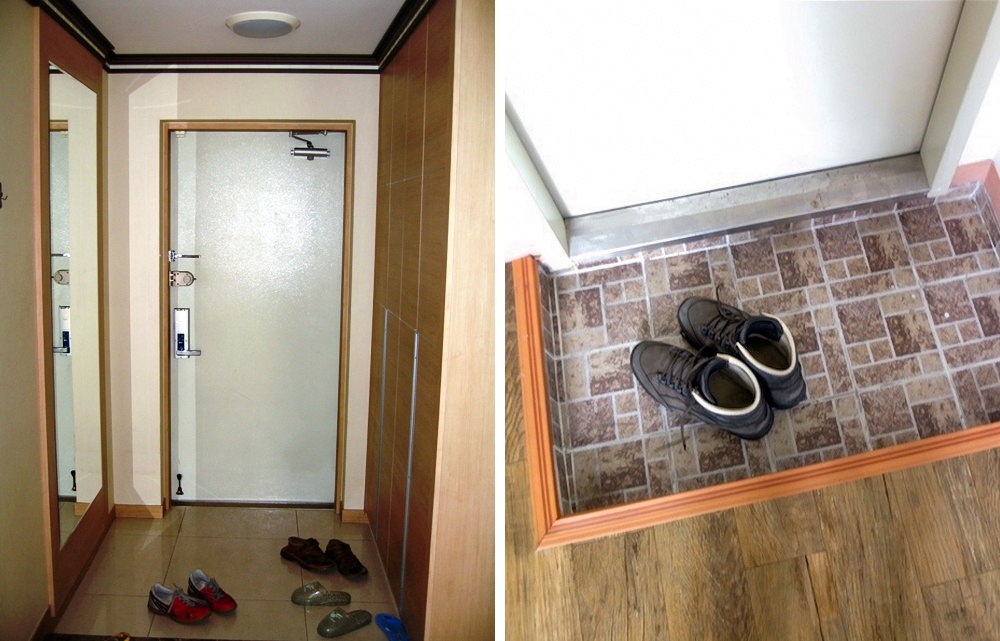 It may seem strange, but
apartments in Korea have no hallways. Even the very word ’hallway’ may sound
unfamiliar to the local people. The entrance of the apartment is usually very
small (about a meter wide). So, on entering the apartment you will immediately
see the doors that lead to the kitchen or living room. Most entranceways tend
to have tile flooring, and this is where you should take off your shoes before
you walk into a home. 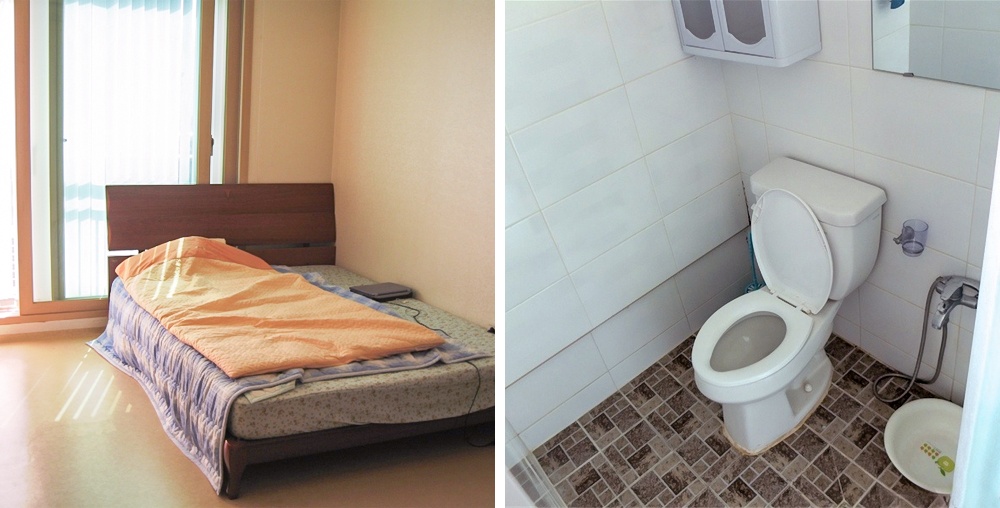 The apartments in Korea are
usually small. However, the rooms are very bright thanks to large windows. One
thing that may seem unusual to most people is the absence of a bathtub or a
separate shower. They are replaced by a simple drain on the bathroom floor.
Australia

Australians are notoriously
fond of living in their own houses, but a growing number of residents (about
30% of the population) choose to live in apartment blocks. 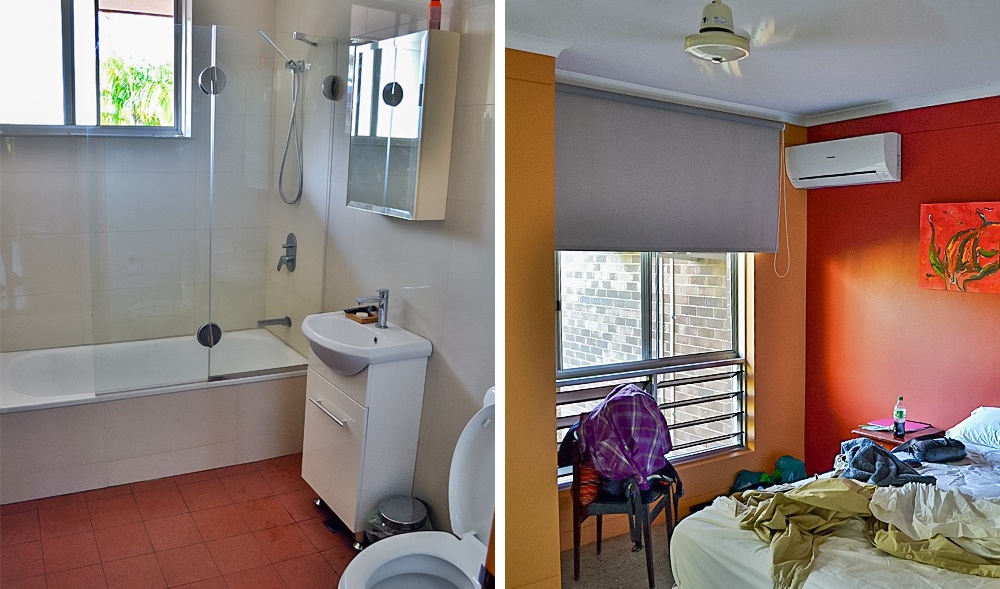 Most Australians live in big
houses with three bedrooms. The average home size in this country is about 80 —
120 square meters. Apart from bedrooms, the typical house features a living
room, kitchen, bathroom, two toilet rooms and a garage. Some households also
have a small laundry room and one more living room. All doors are usually made
of glass.
India

If a family is relatively
wealthy, they have a big house with many rooms. Such homes are usually two
stories high with a big backyard.

The interior design of Indian
buildings is a mixture of modern Western and Eastern styles. The lower floor is
usually occupied by storerooms and barns, while a ceremonial room for receiving
guests is on the second floor. The best room in the house is occupied by the family
idol to whom people pray twice a day. The windows of female bedrooms overlook
the backyard because it is considered improper for women to look out of the
window.
Cuba

In Cuba, houses are mainly
made of concrete and have 1 or 2 stories. Most homes here have no glass
windows. Instead, people use wooden or metal shutters. 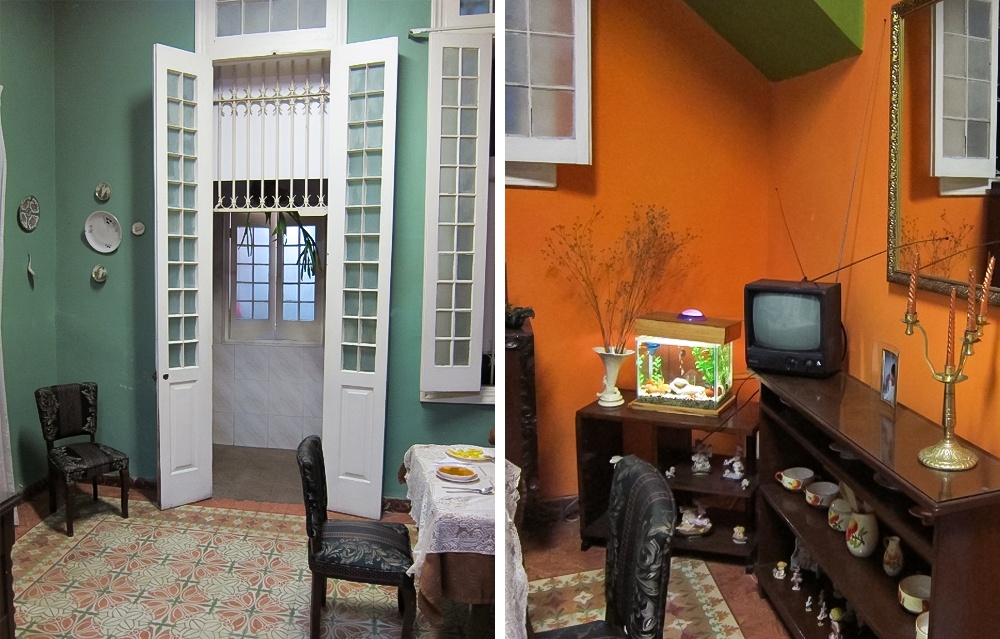 If you enter a house in Havana
(especially in the downtown area of the capital city), you will be amazed at
how beautiful the interior is. Built in the Colonial style, with high ceilings
and antique furniture, these homes seem to be real masterpieces.

Learn more about Cuban way of
life from this blog.
USA

The index of average floor
space per person in the USA is among the highest in the world, which means that
the typical American dwelling is really big. A house that is for sale has
almost everything you need to live in it: carpet throughout all the rooms,
bathroom fixtures, and kitchen appliances. The only thing that is lacking here
is furniture.

The main rule here is that the
number of bedrooms and bathrooms in a house should be equal. In some homes,
each bedroom also has a built-in or walk-in wardrobe.

The distinctive feature of the
design concept of American homes lies in the fact that the interior should look
both cozy and expensive. The layout of most houses is clearly designed to make
visitors stay in the front area of the house (that usually looks the most
beautiful) and to hide bedrooms from prying eyes.