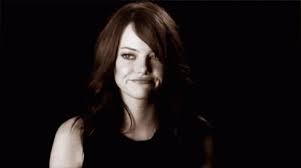 People are surprisingly accurate at judging their own personality, new research finds.

Simply rating your own personality produces reasonably accurate results — certainly in line with how others likely view you.

When people judge themselves on the five basic personality traits, they are mostly accurate.

The five basic personality traits are:

Have a go at rating yourself on these factors right now — you probably won’t be far off.

Simply give yourself a score out of 10 for each of the five factors.

Clue: most people tend towards the middle of the scale.

“It’s widely assumed that people have rose-colored glasses on when they consider their own personality.

We found that isn’t necessarily the case that on average people don’t show any trend in rating themselves more favourably than they’re rated by their peers.”

The conclusions come from 160 different studies of personality.

The researchers were looking for evidence of self-enhancement.

“We make personality judgements of ourselves and others all the time, and a popular notion is that self-reports are more positively biased … but we find little support for that in the literature.”

One reason people may not self-enhance is that they are kept in line by others, Dr Connelly said:

“People are generally attuned to the impressions they convey.
Some people may stray toward self-enhancement, or in the opposite direction with self-effacement, but there are social costs associated with both that makes the general trend for people to be accurate.”

Next, Dr Connelly plans to look at self-enhancement at work:

“It’s important to know if self-enhancers perform worse on the job or have more trouble in school.
It could be they don’t internalize negative information about themselves or even totally forget about it altogether, both of which could have negative outcomes.”

The study was published in the journal Psychological Science (Kim et al., 2018).