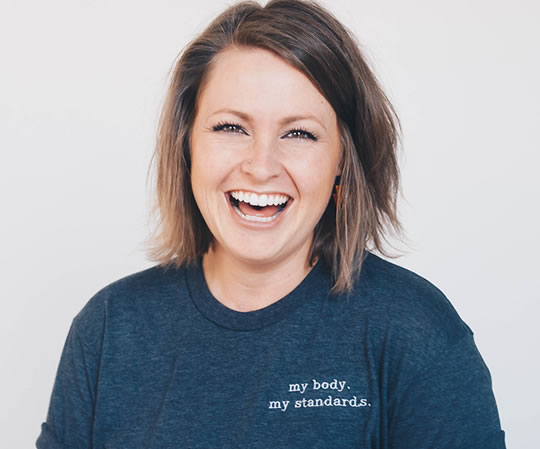 This vital weight loss
technique is nothing to do with diet and exercise.
Learning to love your body,
however it looks, can triple weight loss efforts, research finds.
Dieters in the study learned
to be less concerned about their size and weight and other people’s opinions of
them.
They were also encouraged to
think that how their body looks is not as important as they think.
Happily, the researchers
found, people with an improved body image, automatically eat more healthily.
The study shows that hating
your own body is one of the biggests barriers to weight loss.
It is well-known that people
who are overweight often have body image problems.
Overcoming these problems —
especially worrying about what other people think — is hugely beneficial to
weight loss.
For the study, 239 overweight
women followed a standard program of diet and exercise for one year.
Half were given a special
course designed to improve their body image.
This included sessions on the
emotional aspects of losing weight.
This is because some
overweight people tend towards emotional eating.
Emotional eating means that
negative moods trigger bouts of eating to feel better, rather than eating to
satiate hunger.
The women were also encouraged
to love their bodies, whatever its size and shape.
The results showed that those
who improved their body image lost an average of 7 percent — more than triple
the weight loss of the control group.
Dr
Pedro Teixeira, study co-author, said:
“Body image problems are very
common amongst overweight and obese people, often leading to comfort eating and
more rigid eating patterns, and are obstacles to losing weight. Our results
showed a strong correlation between improvements in body image, especially in
reducing anxiety about other people’s opinions, and positive changes in eating
behavior. From this we believe that learning to relate to your body in
healthier ways is an important aspect of maintaining weight loss and should be
addressed in every weight control program.”
The study was published in the
International Journal of Behavioral Nutrition and Physical Activity (Carraça et
al., 2011).
SOURCE:
PSYBLOG