The Budget of Consolidation: An Analysis Of The Figures, Allocations and How They Affect Us. 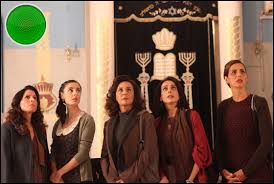 Of course, women are smarter. Have you ever heard of a woman who would lose her mind because a man had beautiful legs?” Faina Ranevskaya once said. And she was right because being cunning is very important in relationships between men and women.

The game of “a man is a hunter, and a woman is the prey” is ancient, but it’s still apt sometimes. Women love brave and decisive knights. But you’ll probably agree that sometimes that interest needs to be encouraged. And this should be done very cautiously because when prey is easy to get, it’s not as valuable anymore. So how should you let a man know that you are interested in him but keep him wanting to play?  We’ve got a plan!


1. Smile!
Scientists proved that men love smiling women much more than those who look very confident or mysterious. When you smile, you send a man a signal: “I am happy, and I can make you happy too.” And who can refuse such an offer? So smile! Even when you are talking to him on the phone. It’s easy to sense someone’s mood even from a distance.

2. Show your interest.
Men (just like women) like it when someone is interested in them. So ask a man questions about his hobbies, views, values, and goals. Watch him, and ask more questions about the topic that he talks about the most. If you don’t understand anything, don’t be too shy to tell him that. This may look sweet — just do it nicely.

Create a situation where the man you like can feel strong. Men don’t have many of these chances today when women are so strong and independent.
Perhaps inviting him to your house to fix something is not always appropriate, but you can easily ask him to move some stuff or check that strange noise in your car. This is a way to make a man feel like a rescuer and to show him that you like him because you chose him to help you.

4. Thank them sincerely.
If asking for a favor is a hint, then gratitude is a direct but elegant way to show that a man interests you. And it’s also a chance to give him a compliment, which is very important. That’s why, instead of saying thank you, you should try something like, “You did a great job. You really helped me, and I couldn’t have done it without you.”

By the way, gratitude is an ideal moment for flirting. Come closer, touch him, and look into his eyes. Invite him to your place for a cup of coffee or a glass of wine.


5. Help a man feel strong.
Let a man know that you feel very safe with him. Tell him as often as you can that he is the only one who makes you feel so secure. Protecting a woman is a quality that nature gave men, so when you activate it, you let him know that you like him.

Of course, it’s quite weird to talk about safety and security without a reason, so “help” a man take care of you. For example, ask him to walk you home because it’s dark or it’s raining and you don’t have an umbrella (even if you do).


6. Be direct.
There are many jokes about the male inability to understand hints, and there are many jokes about women who love hints too much. For example, you want to show a man that you like him by inviting him to the movie theater. So do it! “There is a good movie in the movie theater!” won’t help a man understand that you want to go to the cinema with him and that you don’t really care which movie you’ll watch.
Express your thoughts directly. The worst that can happen is that he says no. In this case, you should ask yourself if it’s really worth it. 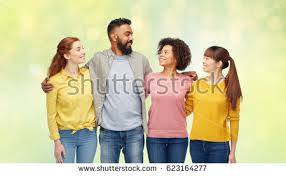 When communicating with a man (especially someone you like very much), you need to stick to one way of behavior. But it often happens that women want to seem mysterious, or they start behaving very differently simply because their mood has changed. So the opposite sex doesn’t understand what is going on, which makes them very nervous. If yesterday you showed that you liked him very much, today you are indifferent, and tomorrow you are interested again, you are creating trouble. And who needs trouble?

8. Don’t try to become a friend.
When women try to draw a man’s attention to them, they sometimes start behaving like a friend: they listen to his stories about other girls, give him advice, and offer help. Such behavior contradicts the rules of the game: nobody hunts their friends. So if you are interested in this man as a partner, don’t try to build a friendship. Be consistent and clear: look at him, behave, and talk to him like an interested woman, not a friend. 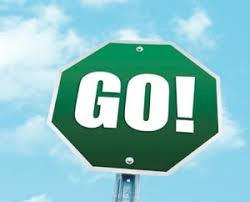 Your eyes are a great tool to let a man know that you are interested. The eyes of a woman who doesn’t care about a man look ordinary. They don’t express any emotions. Men can subconsciously understand that, and they lose hope. Don’t let this happen. Squint your eyes a little bit when you ask a man a question. For him, it will look like you are examining him, which means that you are interested.
And a few more words:

When you are trying to stick to your course of action, don’t overdo it with compliments, asking for help, and so on. Men should be in doubt until the very end: he shouldn’t know if you like him or not. This won’t let him lose the feeling that he is hunting you, and it’s not the other way around. 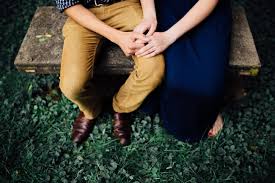 But what should you do if none of these tricks work? There are 2 options here: you either tell the man how you feel or you stop wasting your time and look around because there must be a lot of other men that deserve your attention. Both of these decisions are right, and the choice simply depends on the woman, her principles, and her character. Which decision would you make?

Culled from Bright Side