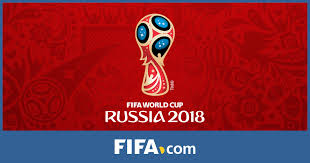 The
world’s biggest single sporting event, the World Cup, is less than six months
away in Russia. The global showpiece brings together an array of footballing
talents from all over the world to compete in their respective national
colors, for a chance to be crowned as World Champions.  Based on their current club performance as at
the time of writing, TOMISIN ADERUKU,
in this feature, takes a predictive
look at a potential Top 11 World Cup debutants you should look out for. 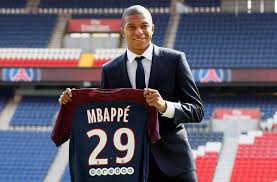 The
Parisian golden boy, who turned 19 last December, has so far had an impressive
season with Paris Saint Germain, following his big money loan move from Monaco.
The French International has lived up to the hype surrounding his emergence as
the biggest thing to come out of France since Thierry Henry.  A key player of a highly prolific PSG front
three that includes Edison Cavani and Neymar, he finished the year 2017 as the
highest scoring French player with 33 goals. Barring any injury or dip in form,
the French national team would be looking to him for the goals with other
potential debut-ants in Lacazette and Griezmann. 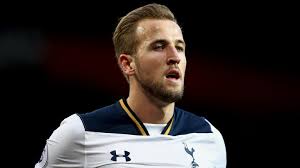 Coming
of a sensational 2017 with Tottenham, in which he bagged the PFA player of the
year, and broke the record for the most goals scored in a single calendar year
in the Premier League. A record formerly held by the legendary Alan Shearer. A
regular in the English side since his debut in 2015, then featured at the Euros
in 2016, where he had a disappointing tournament by his standards. Hopefully,
should he make to the World Cup with the Three Lions, he’ll be looking to make
amends for his last Euro outing by delivering the goals for England. 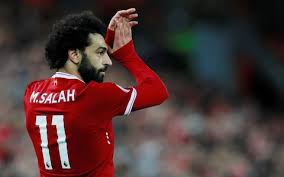 The
pacey Egyptian striker is having a phenomenal season with Liverpool, in what
would be his second stint in the Premier League. His second full season with
Liverpool has seen him register 21 goals in 29 appearances for the Reds, a
performance which has earned him the African Footballer of the year title for
2017. His contributions to the Egyptian national team has equally been immense,
scoring 5 goals in 5 appearances, as he helped the Pharaohs qualify for the
World Cup for the first time since 1990. Egypt would be looking to ‘Mo’ to
deliver once again, in a group A that sees them paired against Host Russia,
Uruguay and Saudi Arabia. Hard
to believe, but this Brazilian attacking midfield maestro is yet to feature in
a World Cup! Despite having had a fairly impressive 2013/14 season with
Liverpool, it wasn’t enough to earn him a spot on the Brazilian team for the
world cup in his home country. Since then, he has however evolved tremendously
as a player. His performance made him a continuous target for Barcelona, with
Liverpool unwilling to release their most prized asset before completing a
record transfer move of 160Million Pounds to the Catalan club. In a Brazilian
team that includes Neymar and Gabriel Jesus, the possible inclusion of Coutinho
would greatly increase their world Cup winning chances. Kevin
has been an integral part of a rampant Man City side that has racked up 20
consecutive wins in the English premier league this season. His game has
greatly improved under Pep Guardiola, with the latter describing him as “the best player in Europe after Messi”.
Utilized as a purely offensive midfielder this season, he’s become the heart of
Man City’s attack, notching 7 goals and 12 assists in 28 appearances. He is
equally a vital player for a Belgian side that boasts of other attacking
talents like Romelu Lukaku and Eden Hazard. Should he be able to translate his current
club form to the national side, Belgium could potentially become a dark horse
that upsets the odds. 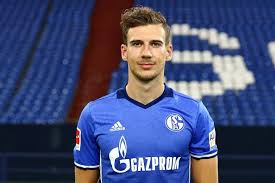 At
a modest age of 22, Leon has racked up more than a 100 caps in the Bundesliga
and a Confederations Cup title with Germany. The talented Schalke midfielder,
deployed mostly in an offensive role, is highly rated for his ability to play
any position in the midfield. Technically gifted, he can tackle, head the ball,
find a final pass and possesses an enviable stamina that helps him cover a lot
of ground. Being in the final year of his contract at Schalke, an impressive
World Cup debut might just be what he needs to catapult him into greater
limelight. 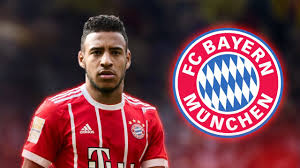 Recruited
in the summer of 2017 as a replacement for the retiring Xabi Alonso and for a
club record fee of 41.5million euros, he has quickly warmed the hearts of the
Bavarian supporters.  Despite having a
great start to his Bayern career under Carlo Ancelotti, his playing time has
become limited since the departure of the former. The former Lyon midfielder,
23, has the ability to play as a deep lying play-maker with a top passing range
and a great vision. In a highly competitive French midfield that boasts of Paul
Pogba and Kante, Tolisso’s passing ability might just be a distinguishing
factor that earns him a World cup spot. 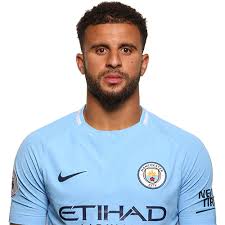 Following
his big money move from Tottenham over the summer, Kyle has comfortably owned
the right-back position at Manchester City. His performance has made him a
consistent pick at right-back for the Citizens, earning 24 starts in a total of
27 appearances. He’s equally been a consistent member of the English national
team, and a prominent part of their defense, featuring in 9 world cup
qualifiers. A fit Kyle Walker would undoubtedly be a first choice pick for
England at RB and can be counted on to make both offensive and defensive
contributions on the right flank. 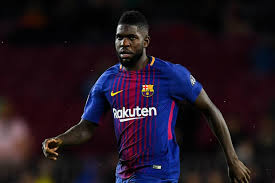 ‘Big
Sam’ as he is commonly called, has cemented his place in the heart of
Barcelona’s defense since his move from Lyon in 2016. The 24 year old
Cameroon-born French defender has formed a formidable defensive partnership
with Spanish International Gerard Pique since his arrival from Ligue 1, making
more than 62 appearances. He’s equally been a regular with Les Blues, making 5 appearances in the World cup qualifiers. When fit,
he would undoubtedly be considered as a first choice option to partner Laurent
Koscienly at center back. 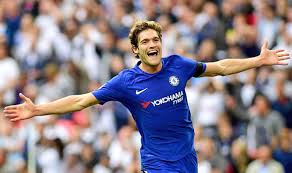 After
spells with Bolton, Sunderland and Fiorentina in the Serie A, the Chelsea left-back
has become one of the top left-backs in Europe. The Spanish defender has been
in free scoring form of late, netting more than 6 goals already, makes him the
top scoring defender across Europe’s Top five leagues. A decent free-kick
taker, with a physical defensive presence, his abilities would make him an
ideal alternative to Jordi Alba at the Spanish defense. 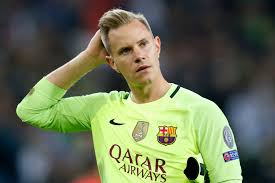 The
German shot-stopper has made a fair claim to becoming one of the best goal
keepers in Europe since his move to the Nou Camp. Since the departure of
Claudio Bravo to Man. City, his position between the sticks for the Catalans
has been largely undisturbed. He was in goal for the Confederations Cup winning
side in 2016. With the long-term injury absence of Manuel Nueur for Germany, he
has taken up the reins between the posts for Die Mannschaft, featuring in 5 world cup qualifiers. Even with a
proposed return of Manuel Nueur before the World Cup, he is still favoured for
a World Cup debut in Russia. 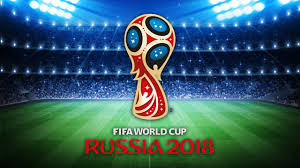 About the Author: Aderuku Tomisin 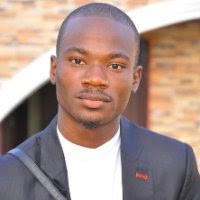 As a Lawyer, writer and bi-linguist, Tomisin Aderuku possesses a creative
and inquisitive mind. Often a sports writer, he his however open to exploring
other areas of interests such as the Arts, Politics, Lifestyle etc, through the
pen. Follow Tomi on Twitter @Wale_Ruku