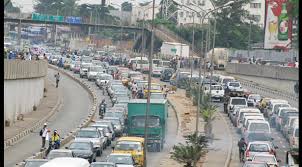 Kenneth is a
banker; he is in the employment of one of the first-generation commercial banks
with branches spread across the length and breadth of the country. The father
of three owns a lovely and comfortable Toyota Highlander (2012 Model) but he
dares not take his car to work because of the horrible traffic and the terrible
roads he must contend with daily.

He stressed,
“I cannot afford to drive to work
anymore, the traffic is terrible and traumatic, I have to leave home very early
in the morning and I would still get home very late in the evening, I live in
Gowon Estate, very close to the Ipaja-Ayobo road. My bank’s branch is along the
Allen Avenue axis of Ikeja“. “The
roads are hellish, and I have decided to stop taking my car to work because the
exhausting routine is gradually taking its toll on my personal health and the general well-being of my car.”  He
concluded.

Kenneth is not
alone in his plight; some Lagosian have more horrible tales to tell about what
the negative impact of the incessant traffic snarls in the metropolis have
caused them. An economist, Mr. Kelvin Olalere said the traffic is seriously
affecting business as many people are not able to meet up with appointments,
losing money in the process. He said: “There
was a day I had an appointment in Victoria Island on a contract that was
supposed to fetch me millions of naira, but I missed the chance because of the
heavy traffic. Being someone who has been living in Lagos for the past 27 years
and knowing the traffic, I left my base at Alagbado two hours to the appointment,
but I could not get there until three hours after the scheduled time“.

Traffic in our
dear state is chaotic to say the least. According to reliable statistics, 40%
of all the vehicles in Nigeria are on Lagos roads. The city’s population is put
at over 18 million people and an average family has a car. Economic experts say
the business community in Lagos loses not less than NGN11 billion monthly to the
daily traffic gridlock in the city. Commuters and motorists describe the
consistent traffic jam on Lagos roads as a setback for business growth. 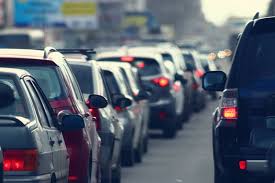 Speaking with
Daily Trust, another economist, Mr. Wole Sowunmi, said the daily gridlock makes
businessmen lose not less than NGN500 million daily. This translates to about NGN11
billion monthly. According to him, research has shown that the more time people
spend in traffic jams, the more money is lost in business transactions that
they would have made while they were in the traffic. Usually, the heavy traffic
situation in Lagos is felt in all parts of the city virtually throughout the
day. From Shangisha, before the old toll gate down to Ojota through Ikorodu
road to Western Avenue (Funso Williams Avenue) stretching to Lagos Island, the
traffic is always heavy, especially in the morning when people are going to
work and in the evening when returning home.

The same
situation is experienced by commuters and motorists on the Ikorodu to Lagos
Island route, and the Gbagada-Oshodi to Apapa route, as well as the Mile 2 to
Badagry route. No area of Lagos is spared in the nerve-wrecking traffic.

The terrible
experience Lagosian must contend with daily is a sad reminder that the
terrifying state of traffic management in nation’s commercial nerve center is
not getting the desired attention it rightfully deserves. Now, the million-dollar
questions are; how has the state government fared in the provision of motor-able
roads and enabling infrastructural facilities that would aid the seamless
movement of vehicular activities in the historic state? What can we contribute
to the war against the gridlock in most parts of the state as Lagos residents
because we are at the receiving end of this terrible traffic? 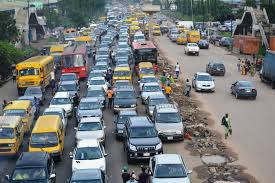 If the truth is
to be told, the present government- Governor Babatunde Raji Fashola’s
administration should be applauded for the visible efforts of his
administration to ensure that there is free flow of traffic through the nooks
and crannies of the cosmopolitan state. However, more still needs to be done,
the government must ensure that traffic gridlock within the metropolis is
reduced to the barest minimum that is if it cannot be completely eradicated. In
subsequent paragraphs, I would be offering some solutions that I hope in my
humble opinion can better the situation.

Lastly, the
government’s effort to ensure that the incessant traffic gridlock is defeated
will never be realized if we do not ensure that we play our part to ensure that
the war against horrible traffic is won. By and large, we should all ensure
that the lawlessness and carelessness witnessed on our roads are fought with
all our might. 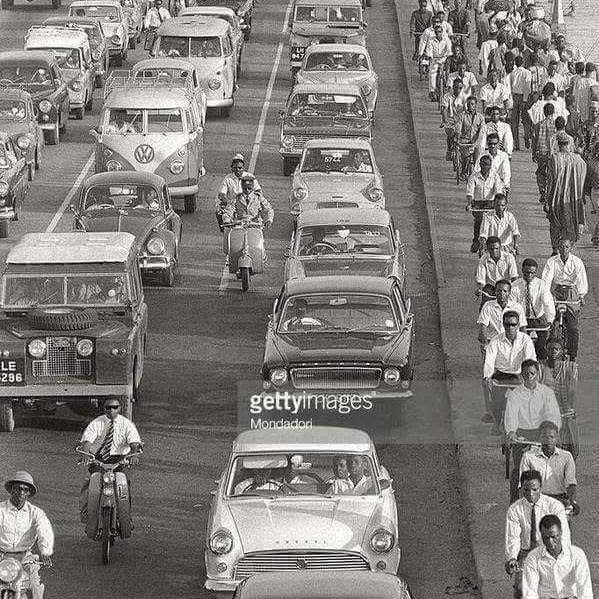