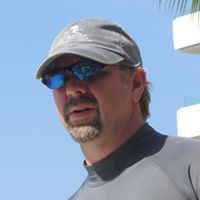 While Sternberg &
Grigorenko’s (2001) view is extremely attractive and practical, it is
nevertheless a bottom-up approach that assumes that fixing the research process
will also seal higher level theoretical fissures. Henriques’ (2003)
contrasting, although not necessarily contradictory, view is that extra levels
of explanation or insight are required to link together theoretical models from
the top downwards. Henriques is not just aiming to unify psychology here, but
also to unite the natural and social sciences. In his view, psychology provides
just such a bridging point.
As part of his project,
Henriques (2003) takes on the seemingly impossible task of reconciling Sigmund
Freud with B. F. Skinner. How can this be done since Skinner famously rejected
the study of mental states that was the basis of Freud’s work? Broadly,
Henriques (2003) uses E. O. Wilson’s ideas about the unity of knowledge
(consilience) to suggest a ‘Tree of Knowledge’ which locates the physical
sciences like physics at the base and psychology above biology and below the
social sciences.
Tree
of Knowledge
The Tree of Knowledge (above)
provides a way of integrating ideas from a number of different levels of
complexity. Specifically, then, it sees Skinner’s theories as at a lower level
of complexity from Freud who was operating on a more socio-cultural level. The
problem, however, while recognising different levels of analysis, is in being
able to make connections between them. This, Henriques (2003) argues, can be
achieved by identifying and understanding the junction points between each of
the levels.
It is the work of Skinner and
Freud that provides the junction points. Skinner connects upwards from biology
in to psychology and Freud connects upwards from psychology into culture. The
papers on Henriques’ website describe the details of how this is achieved.
Henriques’ work is far from
just theoretical though, he is a practicing clinical psychologist and his calls
for unity have provoked considerable comment in two special issues of the
Journal of Clinical Psychology.
Conclusion
Henriques’ ideas, along with
those of Sternberg and Grigorenko have major implications for the practical
application of psychology to real-world issues. All psychologists, whether academic
or clinical, would benefit from reflecting on this discussion about unity in
psychology. Instead of riding the round-a-bout of fashionable therapies or
investigating and proposing ever more disconnected theories, it is worth
considering how the interfaces between current knowledge can be strengthened.
About
the author
Psychologist, Jeremy Dean, PhD
is the founder and author of PsyBlog. He holds a doctorate in psychology from
University College London and two other advanced degrees in psychology.
He has been writing about
scientific research on PsyBlog since 2004. He is also the author of the book
“Making Habits, Breaking Habits” (Da Capo, 2003) and several ebooks.
SOURCE:
PSYBLOG