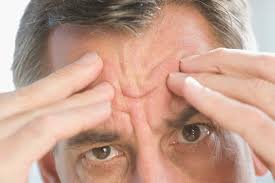 Hyponatremia occurs when sodium levels in the blood are too low. Symptoms include lethargy, confusion, and fatigue. It can result from underlying conditions, such as kidney failure, or other factors, such as drinking too much water or taking certain medications.

Sodium is an electrolyte that plays an essential role in regulating the levels of water and other substances in the body. The definition of a low sodium level is below 135 milliequivalents per liter (mEq/L).

As the condition worsens, people may experience symptoms, such as:

Hyponatremia is the most common electrolyte disorder that doctors encounter. Research suggests that approximately 1.7 percent of people in the United States have the condition. It is more prevalent among people with cancer.

Hyponatremia can cause fatigue and headaches.

Mild hyponatremia may not cause symptoms. When symptoms occur they include:

If the condition worsens, it can cause severe symptoms, particularly in older adults. Severe symptoms may include:

Hyponatremia can result in death in extreme cases.

What are the causes?

Other medical conditions and factors that can cause sodium levels to fall include:

People with SIADH produce excessive levels of the anti-diuretic hormone (ADH), which can lower sodium levels

• Drinking too much water.
• Drug use. Taking the recreational drug ecstasy increases the risk of severe hyponatremia in some cases. Hyponatremia from ecstasy use can be fatal, especially in females.
• Hormone disorders. These include Addison’s disease, which reduces the body’s production of the hormones cortisol and aldosterone and hypothyroidism, which is characterized by low levels of thyroid hormone.

Certain factors increase the risk of developing hyponatremia, including:

• age
• having specific conditions, such as SIADH or kidney, heart, or liver disease
• taking certain diuretics, antidepressants, or pain medications
• taking ecstasy
• drinking excessive amounts of water
• intense exercise, which may cause people to drink lots of water quickly

Diagnosis and when to see a doctor

People who are at risk of hyponatremia or develop symptoms should see their doctor right away as they may need urgent medical treatment.

People with symptoms including vomiting, seizures, or loss of consciousness require immediate attention. They should call an ambulance or go to the nearest emergency department.

To diagnose low sodium levels, a doctor will take a medical history, perform a physical examination, and order a blood test.

If the blood test shows low sodium levels, the doctor will typically need to perform additional tests to determine the cause.

Those who have mild to moderate hyponatremia resulting from lifestyle factors or medication may be able to increase sodium to normal levels by:

Individuals with severe symptoms often require hospitalization and an intravenous (IV) sodium treatment to get their sodium levels back to normal. They may also require drugs to treat seizures or other hyponatremia symptoms.

Treating the underlying cause

Where the underlying cause of hyponatremia is a medical condition or hormonal disorder, people will usually need further treatment.

People with a thyroid disorder can typically manage their symptoms and prevent hyponatremia and other complications with medications and lifestyle changes.

The outlook for people with low sodium levels depends on the severity of the condition and the underlying cause.

Acute hyponatremia, which develops quickly, is more severe than chronic cases, which have a longer onset time. In severe cases, hyponatremia can be fatal.

To improve their outlook, people should be aware of the symptoms of hyponatremia and seek prompt medical attention if they experience any of them. Those at risk of low sodium levels should be especially vigilant.