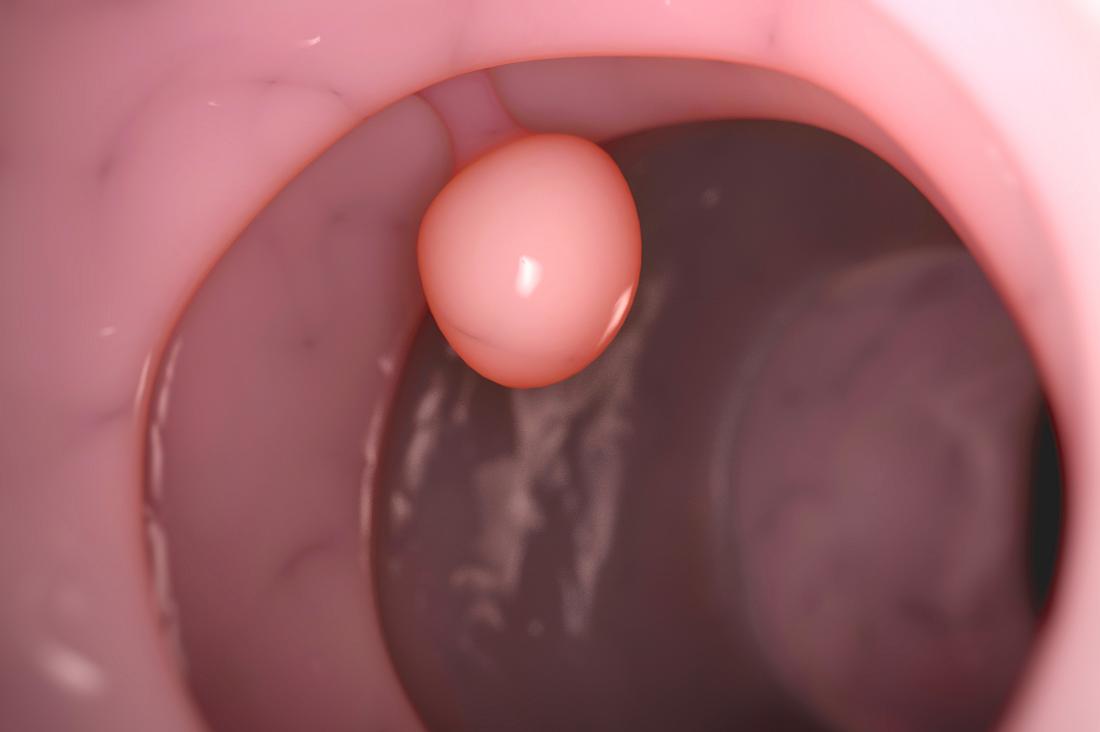 A cervical polyp is a growth that develops on the cervix, which is the canal connecting the uterus to the vagina. Sperm must pass through this canal to fertilize an egg. Cervical polyps are tumors, but they are usually non-cancerous, or benign.


However, as polyps have a similar appearance to some signs of cancer, it is essential that a doctor checks them to ensure that they are not cancerous.


Cervical polyps can grow either as singular masses or in clusters. They vary in size but are usually around 1–2 centimeters (cm) long.


The women most likely to develop cervical polyps are those in their 40s and 50s who have given birth to more than one child. Higher estrogen levels can also make pregnant people more susceptible to them.


Polyps can vary in color from a gray, almost-white color to bright red or purple. They can grow to different sizes and look like bulbs growing on stems.


Two different types of polyp can develop on the cervix:

It is not clear why some women develop polyps, although the causes may include the body responding abnormally to estrogen.


Other causes may include:

Estrogen is the female sex hormone, and levels of this hormone will rise and fall throughout a woman’s life. Estrogen levels peak during childbearing years, so cervical polyps are more likely to occur during this time.


Estrogen levels will rise during pregnancy as well.


It is also possible for chemical estrogens in products such as air fresheners to affect estrogen levels.


Inflammation of the cervix may occur due to many reasons including:

It is very rare for people who have not yet started menstruating to develop cervical polyps.


It is possible for someone to develop cervical polyps and not experience any symptoms.


Others will notice symptoms, which may include:

When should someone see a doctor?


If people experience any of these symptoms, they should make an appointment with their doctor as soon as possible. While these can be signs of cervical polyps, they could also indicate cancer.


The diagnosis of most cervical polyps takes place during routine pelvic examinations or Pap smear tests.


If polyps are present, a doctor may wish to remove them. The doctor will also take tissue samples, called biopsies, of the polyps to check whether they are cancerous or benign.


Most cervical polyps are benign and possible to remove surgically.


Treatment may not be necessary if the polyps are not causing any symptoms or discomfort, but a doctor will continue to monitor the polyps closely.


There are different methods for surgically removing polyps.

The doctor will then use liquid nitrogen, laser surgery, or electrocautery ablation to destroy the base of the polyp.


For very large polyps, surgical removal will generally need to take place in an operating room at a hospital using local, regional, or general anesthesia.


After the removal of a polyp, the individual may experience some bleeding and cramping. Over-the-counter (OTC) pain relievers should reduce the discomfort.


The polyp or polyps will need testing to check for cancer. If a polyp is cancerous, further treatment is likely to be necessary. The treatment will depend on the type of cancer.


Sometimes, cervical polyps may come away from the cervix on their own. This can happen during menstruation or sexual intercourse.


People may feel mild pain and discomfort during the removal of the polyps. However, once the procedure is over, they will be able to go home and treat any cramping or pain with OTC pain relievers.


Even if the surgery takes place in a hospital under anesthesia, the individual should still be able to go home on the same day.


Doctors recommend that people abstain from sexual intercourse for at least 3 days following the surgery.


The outlook for people who have had surgical polyp removal is positive. The polyps do not usually grow back.


However, someone who has developed cervical polyps in the past does have a higher risk of developing them again. Therefore, they should have routine pelvic examinations to check for new growths.


Most cases of cervical polyps are not possible to prevent.


However, having regular pelvic examinations and Pap smear tests should ensure that doctors can catch any polyps and treat them early on.


It is possible that some infections could contribute to cervical polyps developing. Due to this, practicing safe sex and proper hygiene to avoid infection may also help to prevent cervical polyps.

People can also wear cotton underwear to increase the airflow to the area. This will prevent the region from becoming too hot and moist, which is the perfect environment for infections to thrive.